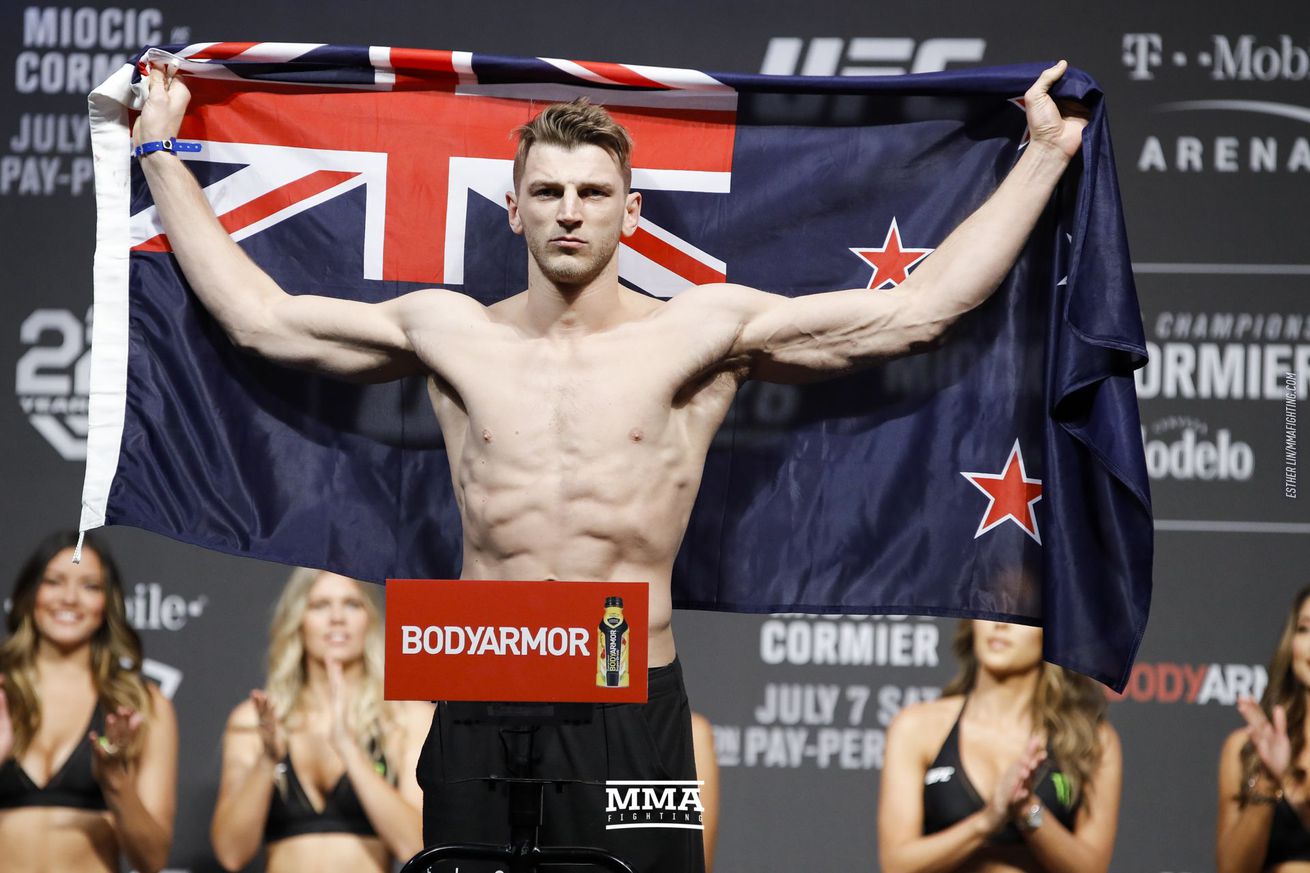 Arguably the biggest news in MMA the past few weeks has been the UFC’s signing of former Bellator lightweight champion Michael Chandler. Chandler, who has long been viewed as one of the top lightweights in the world, finished up his contract with Bellator MMA this summer and will now ply his trade inside the octagon for the first time.

But the big news wasn’t just that Chandler signed with the UFC, it was that he was immediately given a huge opportunity with the promotion, being declared as the official backup fighter for UFC 254’s lightweight title fight. That position of esteem signals that the UFC views Chandler very highly and could, essentially, have him leapfrog the entire division for a title shot if something goes wrong ahead of UFC 254. But while it is undoubtedly a great opportunity for Chandler, it has also put a target on his back, and one of the top lightweights in the sport now has Chandler in his sights.

Dan Hooker is currently the fourth-ranked lightweight in the world and, following his loss to Dustin Poirier earlier this year, is looking to reinsert himself into the lightweight title picture with a big win. Speaking with Submission Radio recently, it’s clear that Hooker sees Chandler as an excellent opportunity to do just that.

“Well, it was hard when people were speculating it and saying about the fight, it’s hard to know how much stock the UFC is putting into someone that’s coming from another organization,” Hooker said. “But for him to now be signed to the organization and being the fill-in for the title shot, now I know. Now I’m certain of how much stock [they’re putting in]. The UFC is putting a lot of stock in on this kid. So, I would love to be the guy to welcomes him to the UFC, knees his chin off, sends him back to the B-Leagues.”

Chandler, of course, made his name in Bellator MMA where he was the three-time lightweight champion. His reign of dominance in the organization saw him set several promotional records but now Chandler is looking to silence his critics by doing the same in the UFC and at 34 years old, there’s no time to waste. Though Chandler is already locked in as the backup fighter for UFC 254’s main event, it has been reported that the UFC is still interested in booking him an opponent to fight that event, should the title fight not require his service. And Hooker is ready and willing to step up on short notice.

“Yeah, I would (take the fight)” Hooker said. “If Sean Shelby calls me right now and he says Michael Chandler, UFC two hundred and whatever, we can put that together, we can make that happen. Of course.”

Hooker’s coach Eugene Bareman, who this week is in Abu Dhabi cornering teammate Israel Adesanya, previously said that if the UFC offered a fight at UFC 254 with Tony Ferguson (who was thought to be facing Dustin Poirier on the card until that fell through), he would try and talk his charge out of the bout. Several weeks later now, it seems likely that Bareman would again caution restraint to his rising contender, but from the sounds of it, Hooker is ready to get back to action and wash that taste of loss out of his mouth, even if it’s not against Chandler.

“I’m 100 percent gonna get back in there before the end of the year,” Hooker said. “That’s something I’m very set on. I’ve had a good amount of time to recover, I’m back in the gym, I’m fit, I’m training and I’m ready to jump in a camp and get back in there. So, late November, December, my schedule’s wide open. So, we’re gonna book something.”

“Top pick hands down would have to be Tony Ferguson. That’s a fight that I would love to jump in. Just because of the mystique around Tony Ferguson. I would love to get in there and just compete with the guy. But coming in at a close second, Michael Chandler. You throw him in for a world title, you throw him in first fight as the backup for a world title, that definitely shows the stock that the UFC is putting into that guy, and I would love to get in there and knee him in the face. Third, I keep getting broken translations from random reporters that like ‘Charles Oliveira’s calling you out, Charles is calling you out’. Where? Charles Oliveira, get on a video, say, ‘Dan Hooker, I want to fight you’. It’s not a difficult thing to do. I don’t speak Portuguese, my friend, I cannot understand you. I cannot understand translations. Say it to me, and we’ll put that fight together and we’ll make it happen. Any of those three. Tony Ferguson, Michael Chandler, Charles Oliveira, put your hand up, we’ll get in there. Who wants to get in there and compete?”

Hooker has not fought since losing a unanimous decision to Dustin Poirier at UFC Vegas 4 in June.

LOL. Dana White says UFC won’t censor Colby Covington or anybody else: ‘Who’s more about free speech than we are?’

The rise of Jan Blachowicz.

Khamzat is ready to go to Fight Island.

Heavy Hands. Breaking down the best fights at UFC 253.

✨
In my wildest dreams
I always imagined this would happen#imagination pic.twitter.com/llMzGSZccA

This weekend we do the 4 peat! #UFC253 pic.twitter.com/vcS7FKGn0U

I have a date , now they looking for other side. Five round main event
Thank you @danawhite for keeping your word .
Anybody . Anytime . Anywhere #KhamzatSmash

If@you are@over the@age of 17 & doing@tiktoks
You need a serious serious therapy session with someone, like a psychologist or some shit.
Cos am telling you…
You’re a fucking weirdo!
Day by day I just see this world becoming more & more like…
Maybe I’m the problem ‍♂️ ‍♂️

This little guy rang his bell pretty hard on the window this morning. We hung out for about 10 mins until his head cleared and made his way back to the sky I’ve had my bell rung more than a few times. It’s always nice when a stranger puts out a hand and helps you get back on your feet. That person is no longer a stranger #ThanksFriends

Thanks for reading. I’ll be taking the day off tomorrow but someone should be stepping in to fill the void. I know you’ll miss me but I’ll be back on Monday. Enjoy the fights and see y’all then.