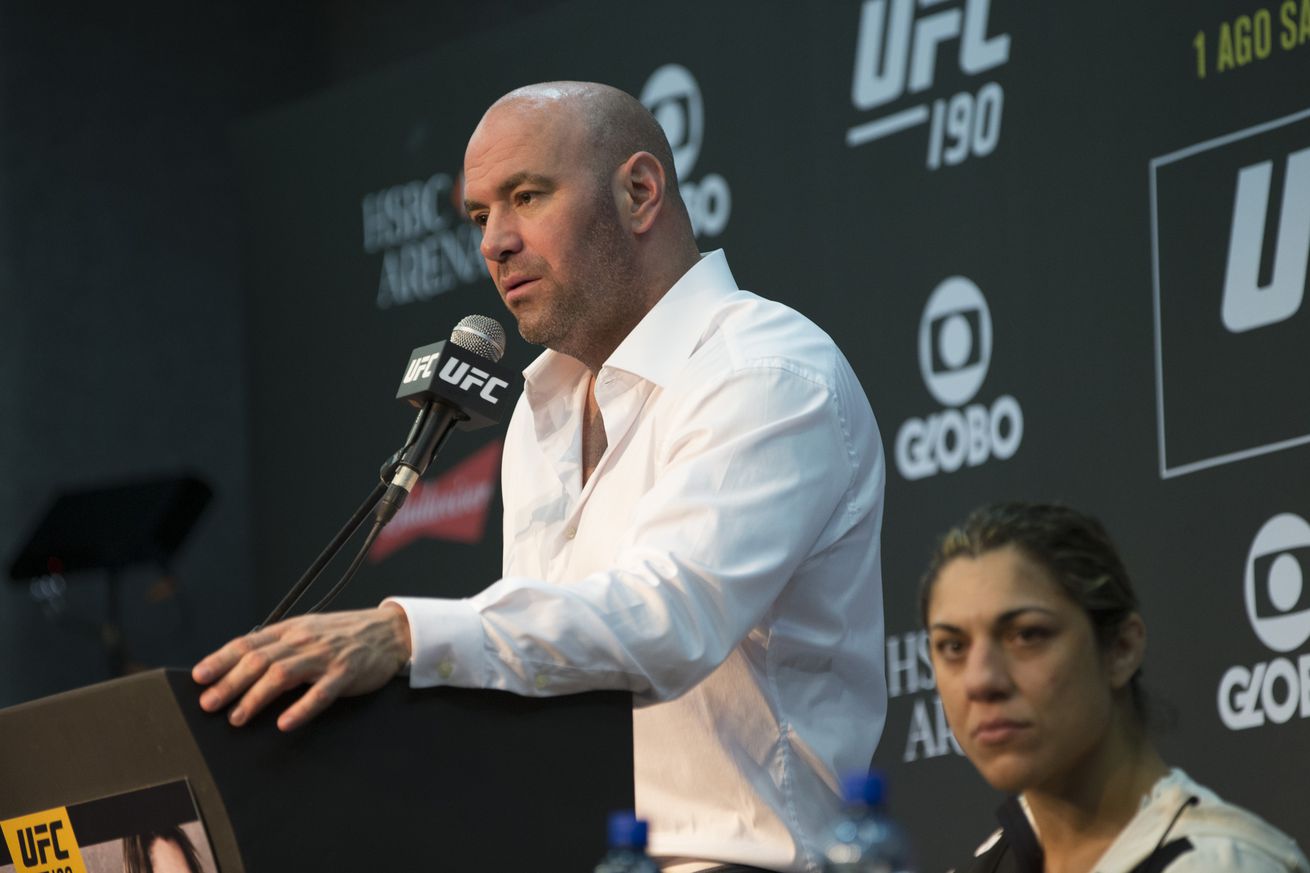 On Saturday afternoon, Khabib Nurmagomedov will defend his UFC lightweight title against interim champion Justin Gaethje at UFC 254 in Abu Dhabi. The fight presents what many consider to be the most dangerous opponent for Khabib and as such, is one of the most anticipated bouts of the year. And it seems that anticipation is paying dividends for the UFC.

On Tuesday, UFC President Dana White revealed to TMZ Sports that, though it’s still early, UFC 254 is currently tracking to be the biggest event in the history of the sport.

“This thing is trending off the charts for us right now,” Dana White said. “So, today is Tuesday, it’s the end of Tuesday going into Wednesday, on Monday, this thing was trending to be the biggest fight we have ever had. Not Thursday, not Friday, Monday.”

In recent years, the UFC pay-per-view game has been dominated by Conor McGregor, who is responsible for the FUC’s four best-selling PPVs, including the current record holder, UFC 229, which was headlined by a lightweight title bout between McGregor and Khabib. But according to Dana White, there’s a chance Khabib could unseat McGregor at the top of the mountain, if things continue to hold. However, that’s a big if considering the start time for the event in the United States. As opposed to its usual 10 p.m. ET time slot, the main card of UFC 254 will start at 2 p.m. ET, and that change could curtail the overall numbers.

“It is trending bigger than (UFC 229) right now,” White said. “Will the trend hold? One of the things that is a big negative for us is that it is not in primetime at home and it is hard to message that to people.”

Even if UFC 254 doesn’t exceed the lofty heights of UFC 229, the event still figures to be the biggest of the year, based on White’s projections and cements Nurmagomedov as one of the biggest stars in the sport. However, he may not be for long. Should Khabib retain his title this weekend, the champion has hinted at only fighting one more time before retirement. Should that come to pass, the UFC would likely want to maximize the financial benefits of the final fight of Khabib’s career. To whit, discussions about the final fight of Khabib’s career have centered around a superfight with Georges St-Pierre, and though Dana White previously expressed some interest in making that fight happen, given the year the UFC has had with COVID-19, he’s not ready to make any definitive statements about the potential to make that happen.

“One of the crazy things about this business right now is if you asked me eight months ago, ‘What are you guys doing in December?’ I could tell you exactly what we were gonna do, where it was gonna be, etc,” White said. “Now, all I’m focused on is Saturday. Once Saturday is over, then we’ll go home on Sunday and start figuring out what’s next.

“I don’t know if GSP is a possibility. I’ll talk to Khabib. Usually what happens is the fight will go on, I’ll give them a couple weeks to relax and do their thing and then we’ll reach back out to them and see what’s next.”

Nurmagomedov has been intensely interested in a bout with St-Pierre for years now and, in fact, it was a bout his father wanted him to have. However, the UFC could never come to terms to make it happen, seemingly because they had little interest in doing so and ultimately, St-Pierre chose to retire from the sport as a result. Following the passing Khabib’s father though and the belief that Khabib will likely retire soon, Dana White has since shown an interest in doing “something special” for Nurmagomedov’s final fight. A bout with St-Pierre would certainly fall under that definition but, perhaps given his previous issues with coming to terms with St-Pierre, Dana White is still not committing to anything.

“I’d be interested in talking about it, (but) just because that’s what Khabib wants doesn’t mean that fight can be made,” White said. “There’s just so many things that have to come into play for that fight to happen.”

White is certainly correct in that regard. There are many things that have to happen before a superfight could be made, chief among them, Nurmagomedov has to defeat Justin Gaethje on Saturday. But if he does, and the UFC is able to put together a fight between Khabib and GSP, then it’s entirely possible Khabib could be part of the three biggest pay-per-views in UFC history.

Simple. Khabib Nurmagomedov reveals his plans for Justin Gaethje at UFC 254: ‘Make him tired and choke him out’.

Ifs and buts. Conor McGregor argues he was beating Khabib Nurmagomedov until the submission.

Goals. If backup off, Michael Chandler targets Tony Ferguson: ‘He’s got a screw loose, he fights like it, and it’s admirable’.

Belief. Robert Whittaker: ‘I’m better across the board’ than Jared Cannonier.

Back. PFL announces April 23 kickoff for next season on ESPN platforms.

The Bash. Interviews with Gegard Mousasi and Nathaniel Wood.

“A referee saved me from being dead so you had more long-term injuries than I did” is not quite the rebuttal Justin thinks it is.

Because I had worked so hard to put myself in that position..

Remember when i hit you with that left hand? https://t.co/kyelw7CnpR

Don’t be mad at me because you made the mistake of thinking you made it. Remember when I was outside taking pics right after the fight and you were hopping around in a hospital?

Im not mad! Its business. I wish you the best Saturday!#stayhydrated

And the UFC went to all that work to get away from Condom Depot.

3 things are guaranteed in life.
Death,Taxes and me jumping the gilly https://t.co/G60OwHjcgL

2 title fights in the @ufc heavyweight division for the past two years and yet we don’t know if there will be another one anytime soon. Contenders have to fight for something #ThisIsSucks

Apparently Stipe is out until March. If I have to wait until then it’ll be almost another year between fights.

Now we know why Dave Rickels isn’t the GOAT. Can’t pass up opportunities like that.

This is a good fight poster.

A matchup like no other! Lightweight dominance is on the line [ : @Yanndalon_Artist Get the shirt now from @UFCStore ]

Thanks for reading and see y’all tomorrow!