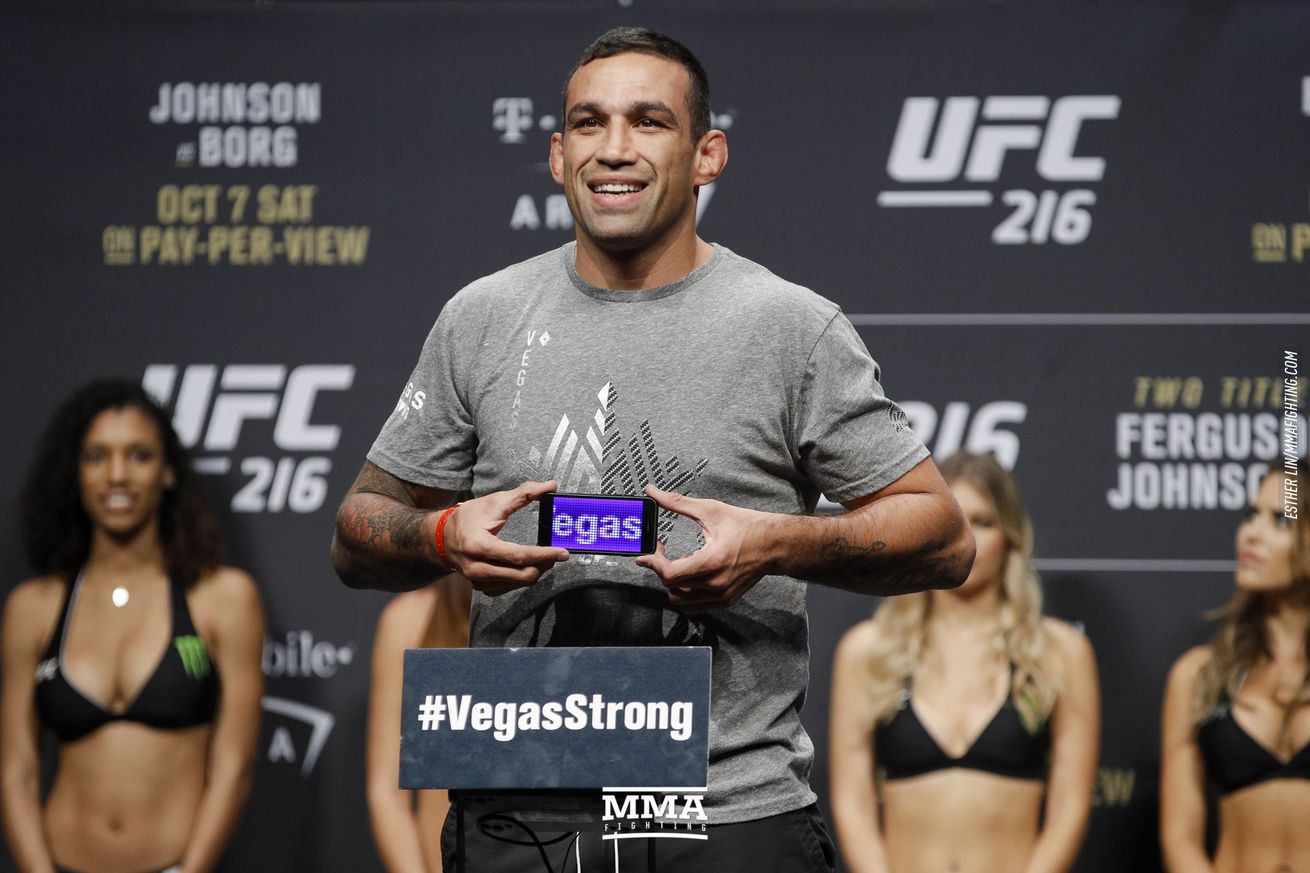 Earlier this summer, former UFC heavyweight champion Fabricio Werdum snapped a two-fight losing streak by submitting Alexander Gustafsson at UFC Fight Island 3. The win was the last fight on Werdum’s contract with UFC, and even beforehand, the former champion was open about not intending to re-sign with the promotion. Instead, Werdum suggested he might reconnect with former Strikeforce CEO Scott Coker, who now heads up Bellator MMA, perhaps to do a rematch with Fedor Emelianenko. And though nothing is set in stone yet, things seem to be getting closer to official.

In a recent interview with Canal Encarada, Werdum spoke about the progress of his negotiations with Bellator, saying that his manager, Ali Abdelaziz, has been in contact with Bellator and they’re just waiting to hear back from Fedor.

“(The talks) really are advanced. Ali went there last week, had the talk, and now it’s a matter of Fedor accepting,” Werdum said. “And he said the other day in an interview that he wanted to do this rematch as well. Since I have a huge respect for Fedor, I’d definitely give him a rematch — not only for that, but also the financial side, the promotion, the whole history we had.”

Fedor and Scott Coker have both previously shown an interest in a rematch with the now free agent Werdum and it’s easy to see why. The two originally met in Strikeforce in a bout that became historic as Werdum ended the legendary run of Emelianenko by submitting him with a triangle armbar in just 69 seconds. Shortly after that, Werdum returned to the UFC where he went on his career defining run to claim the heavyweight championship and the two have never had a chance to run it back. Now it seems like they will, but Werdum believes it will end in much the same way.

“In my opinion, I still think Fedor is the greatest of all time, you have to respect the man,” Werdum said. “He’s done a lot of things for 10 years, he beat the best, so I think it would be a fight that everybody would like to see in Bellator, a superfight, a main event. I think it would sell a lot.

“If Fedor accepts, if he really wants to fight me one more time for this rematch… And, with all due respect, I firmly believe I will submit him again. I have no doubt. It’s not me being cocky, it’s the reality. That’s what I imagine. It will be a tough, of course. People think the other fight was easy, but how about the one before? Fighting Fedor, the expectation, nobody believing in me, everybody against me and chanting ‘The Emperor’ in the arena. It was tough, of course, because of everything that surrounded it.”

One of the delays with booking the fight is likely an issue with when and where it will take place. At 44, Fedor is in the twilight of his career and Bellator had intended to promote a sort of retirement tour for him this year. Then the COVID-19 pandemic struck and has temporarily delayed those plans, in part because Scott Coker remains adamant that Fedor should not spend any of his last fights competing in an empty arena. Emelianenko himself is less concerned about that aspect of his retirement tour but should the two fight once again, it may not be only Fedor’s last dance. Werdum also says he could hang them up afterwards as well.

Werdum is one of the most accomplished heavyweights of all time, having won the UFC heavyweight title, multiple BJJ world championships, and a host of wins over most of the all-time greats in the sport. His current record stands at 24-9-1.

Top finishes from this weekend’s fighters.

Ronda on Hot Ones.

Fights Gone By. Breaking down the key fights at UFC Fight Island 5.

UFC Unfiltered. An interview with Marlon Moraes from Fight Island.

This is just incredible.

I would never complain about slow fight night pacing if we got quality commercials like this. pic.twitter.com/HOFco1gQj8

I fight for a lot of things, but nothing more important to me than fighting for change and giving back @TheGoodFightFDN. The Generosity of @TheNotoriousMMA will help countless in need. I have accepted, Connor has accepted, and the fans demand it! Let’s go @ufc @espnmma

This would be a fun fight, but seems unlikely.

Bulshit guy @danthehangman can come see me too. We don’t need to sell tickets now

After I beat @Ruthless_RL , let’s go Conor. @TheNotoriousMMA a stand up fight everybody will want to see. https://t.co/XRfCcuuWKQ

How it started: How it’s going: pic.twitter.com/UFYPATf4In

Agree with his changes?