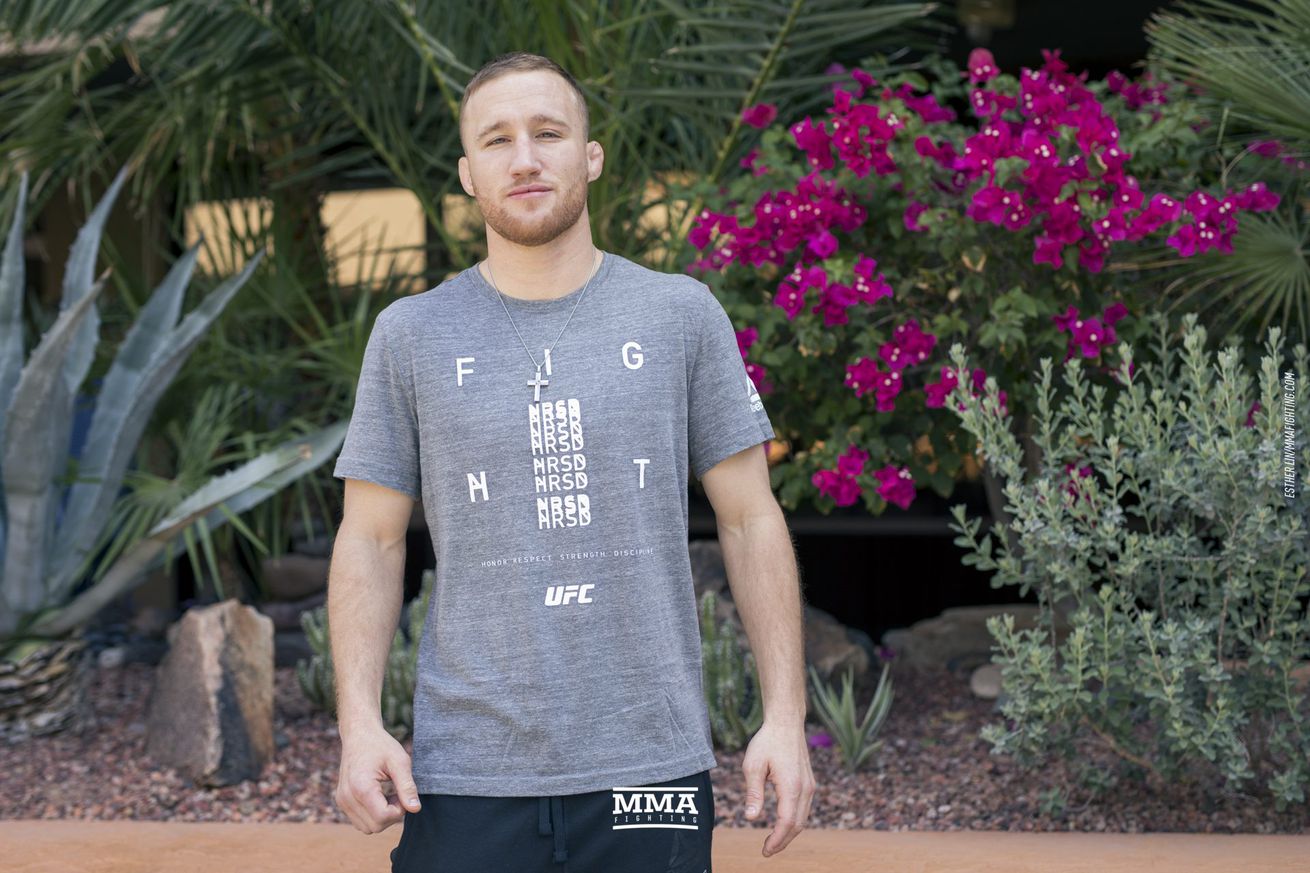 Next month, Justin Gaethje will finally challenge for the UFC lightweight title when he takes on the undisputed champion Khabib Nurmagomedov at UFC 254. The fight figures to be one of the biggest of the year, and as the event gets nearer, Gaethje is starting to become even more focused on the task at hand.

And what a task it is. Aside from being the lightweight champion, Nurmagomedov is the second-ranked pound-for-pound fighter in the world and many fighters currently view Nurmagomedov as the most dominant athlete in MMA. But despite all of Khabib’s accomplishments, Gaethje has a very simple plan for how to beat him come October 24th: make him bleed.

“I don’t think he’s as crazy as me, that’s the thing. I think he is crazy and loves competition, but he isn’t quite as crazy as me. He also hasn’t seen his blood as many times, I’m sure. His style of fighting is not something where you are looking for blood or anything like that. I bet that doesn’t even cross his mind that he will see his own blood. That has never been a factor for him.”

Gaethje isn’t all the way wrong there. In his professional career, Nurmagomedov has been perfect, amassing a 28-0 record, 12 wins of which have come inside the octagon. On top of that, Nurmagomedov had never lost a round until the third round of his bout with Conor McGregor, a fight he ended by fourth-round submission. That level of dominance has created an aura of invincibility around “The Eagle” and Gaethje hopes to be the one to crack it. And should he do so, Gaethje admits it will be a life-changing occurrence for him and his family.

“With my family, with my life, with everything, there’s different kinds of wealth,” Gaethje said. “With a win here, I have a really good opportunity – it wouldn’t necessarily be generational wealth, but it would be a generation worth of wealth. So that’s something. Whether I win or lose, I’m gonna have my mom call her boss and tell her she’s retiring. . .

“It’s f*cking huge, man. There’s a certain amount of money I think one needs to attain in order to have the opportunity to grow exponentially, financially. I think a win over Khabib gives me that.”

A win at UFC 254 certainly would. Not only would Gaethje take out one of the most popular fighters in the sport, and become the undisputed lightweight champion, he would also be setting himself up for a lucrative fight with former champion Conor McGregor. It’s a fight the UFC previously showed some interest in making but one Gaethje was not interested in because he already had a title shot locked up. But should he defeat Khabib, it’s clear Gaethje would be interested in picking up where the UFC left off, both for financial and other reasons.

“Legacy. That’s why I’m most excited for this opportunity. I’ve watched this sport for a long time . . . I truly think that if I can beat Khabib and then beat Conor, I will have cemented something that is unmatched. Anderson Silva, I wouldn’t have matched his title reign. That title reign is something unmatched . . . but in a different regard, it will be much bigger. Khabib is the number one pound-for-pound (fighter) and you have to put it in context of me. Coming off those two losses, everyone was saying ‘He’s done.’ The fact that, the way I was fighting, we all loved it but there was absolutely not chance I was ever gonna fight for a world title. It will be a legacy that I came to cement.”

Champ-champ. Daniel Cormier emphatically endorses Khamzat Chimaev: ‘In 2021, he is the double champ’.

All due respect @Leon_edwardsmma , which I have a lot of for you, I have been saying I would like to fight you for a while now! It makes sense and would be a great match up.

I think that was my first Twitter call out ever. man that felt weird. #FirstTimeForEverything

What an experience this past weekend. Fighting an idol is something I’ve always wanted to do. Wish I wouldn’t have gotten those dang eye pokes but I’ll do better! Can’t wait for next one. As always thank you all for the kind messages, I do read them #ufc #fighting #boxing #mma pic.twitter.com/XxD1U9D4lj

U gotta be kidding me! I beat Woodley when he was N1, than Colby came watches my fight do what I did n now he ranks higher than me? He just beat the number 5 and a guy coming from 2 loses n without a soul!
Who does this Rankings? @danawhite send me the contract ASAP #AndNew pic.twitter.com/TqrqrMvqD5

Ok you would pick Adesanya vs Costa over the debates, but surely you pick the debates over Reyes vs Blachowitz right?

Soak it all in pic.twitter.com/QlOyDKSQrX

ON A WHOLE NEW LEVEL. Who leaves Fight Island as undisputed champs? Get your Artist Series merch on @UFCStore ( : @Rodrigo.Lorenzo.Art )