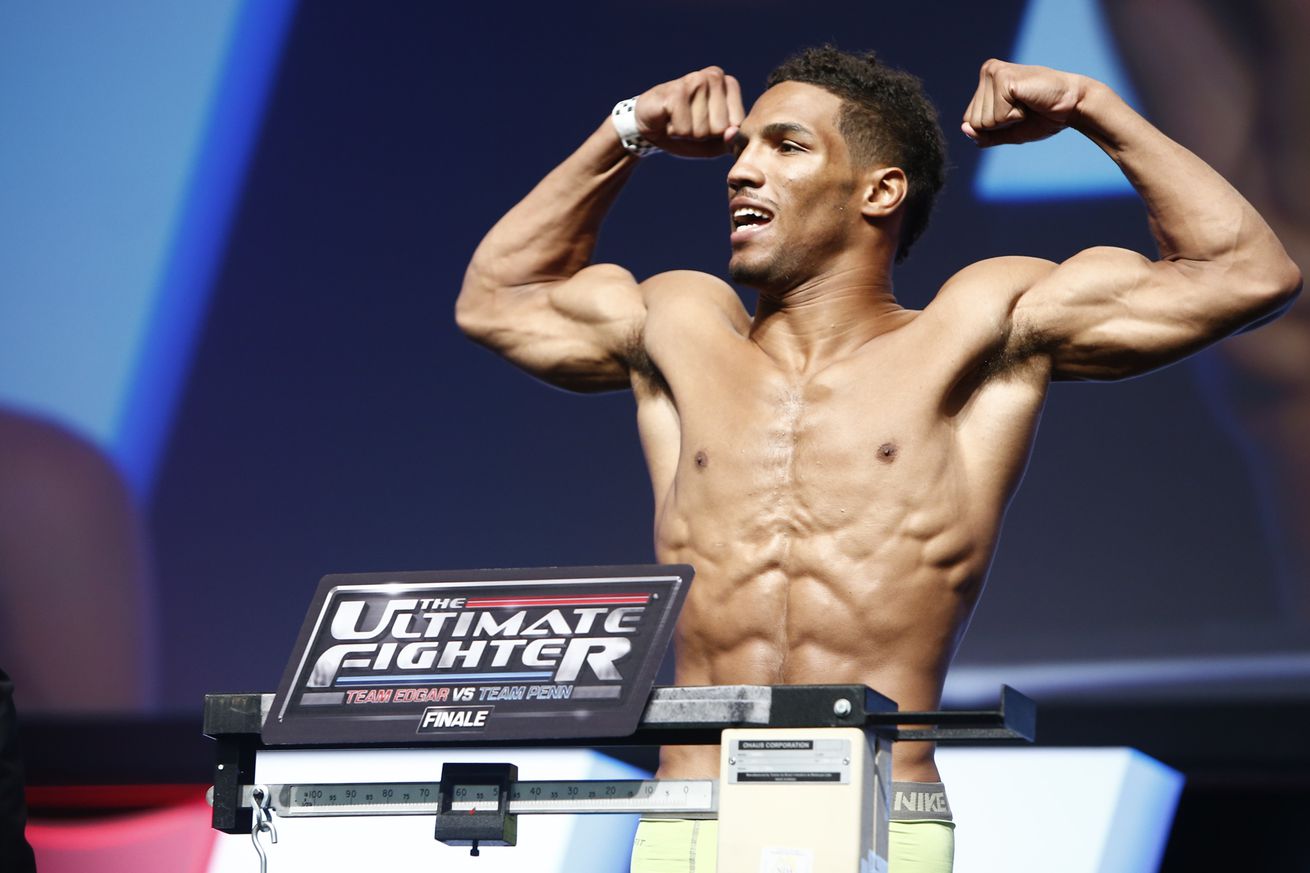 On Thursday, UFC President Dana White revealed the news that the MMA world had been waiting on since August: Michael Chandler was officially signing with the UFC. But though Chandler’s addition to the UFC’s lightweight division was anticipated, White also shocked the MMA world by revealing that Chandler would be shot right to the top of the division, serving as the backup fighter to the lightweight title fight between Khabib Nurmagomedov and Justin Gaethje at UFC 248. It was an announcement that revealed how highly the UFC views Chandler but it was also an announcement that drew some ire from some of the top lightweights in the sport, among them, “The Motown Phenom” Kevin Lee.

Speaking to SiriusXM’s Fight Nation, Lee responded to the UFC signing, saying that he believes the reason Chandler is getting the spot as backup to a title fight is a twist of the knife to Chandler’s former home, Bellator MMA.

“I expected them to sign Chandler,” Lee said. “It seemed like he was kinda getting over Bellator and he’s a competitor, so he probably actually wanted to really test himself. But the fact that they’re trying to making him the backup for Gaethje vs. Khabib, I don’t really get that. I think that’s a way for them to try and sh*t on Bellator again, you know. It’s like, ‘OK let’s throw him in there with Khabib right out of the gate so Khabib can whoop his ass and now I can sh*t on Scott Coker just a little bit more and make him look a little worse.”

As with other high-profile signings, Chandler’s move to the UFC brings with it questions about how Chandler will fare in the premier organization in the world. Many champions in other organizations have done well coming to the UFC but former Bellator champions have been a mixed bag. Eddie Alvarez famously won the UFC lightweight title but only was able to manage a 4-4 record in the UFC, and Will Brooks only a 1-3 record. Chandler is certainly hoping to do better than both of those men but Lee believes Chandler is going to have a hard time adjusting to the magnitude of the UFC, especially given that he’s already 34 years old.

“I think it’s more than just who he’s fought, I look at his skills too. The kid can fight. I’ve been studying him for a long-ass time, and he’s trained with a lot of UFC guys, a lot of top-level guys. You can see, he posts online a lot of his scrambles that he gets into and when you break it down technique for technique, you’re like, man, this kid is really good, but I think it’s more the magnitude of the fights. I think that might be why they’re putting him into such a big fight right out of the gate.

“You talk about Gaethje and Khabib and being on Fight Island and on ESPN for the first time, no matter what you do in your training or any of these other fights – and he’s had a lot of five-round fights, a lot of title fights – but nothing of that magnitude, with that many eyeballs on you. You get like this microscope on you almost. Those lights gets to beaming on you and it’s a little bit different. My brother fights for Bellator, he just fought this last weekend, won a great fight, but even just being there, you could see that the lights are a little bit different. They’re a little dimmer. If you watch it on TV you can kinda tell, the lights are a little dimmer. On the big stages like that, I think that’s where it might catch up to him, because he can fight, he’s good enough to be top five, but I don’t know if he’s good enough, especially at 34 years old, if he has the time to kind of adjust to them bright lights.”

Lee knows something about what he speaks, as he did previously vie for an interim lightweight title in the UFC. However, Lee has fallen on hard times in the organization recently, having gone 2-3 since that failed title bid, including a brief, ill-fated move to welterweight. Still ranked number 10 in the division though, Lee clearly is hoping to wrangle a bout with Chandler in the future and get back on the short list for title contention.

“Against Gaethje he might stand a chance, but against Khabib he’s just way too small,” Lee said. “I think Chandler’s way too small for this whole division. I actually hope he gets the fight. Then once he loses, then it might be him in the middle of next year. You never know how things are going to play out. I’ve been looking at Chandler for a long-ass time. That’s going to be a good fight.”

Signing. Michael Chandler signs with UFC, set to serve as backup for Khabib Nurmagomedov vs. Justin Gaethje at UFC 254.

Plans. Dana White: UFC ‘working on some fun stuff for Conor McGregor at the beginning of next year’.

UFC Vegas 11 Fighters You Should Know.

Fights Gone By. Previewing the key fights at UFC Vegas 11.

I’ve been here for 11 years and I’m just getting started. – I’ve had so many amazing memories, unforgettable moments and I’m humbled by this opportunity. – Thank you to the fans who have been with me since day one…and to the new ones…hold on tight, we are about to have some fun! – The best is yet to come. – See you at the top! – : @marqos_maldonado

Israel Adesanya has signed a deal with Puma.

✨
“Whoever said the sky is the limit, doesn’t know about the universe!”
Hyped and honored to partner up with a BEAST in the game @puma ✨ pic.twitter.com/1RMFyzX21C

So @BellatorMMA fighters aren’t good, but a former champion whom I beat gets signed by the @UFC and is an immediate backup for a title fight. Interesting.

Congratulations to both @MikeChandlerMMA and the @ufc on the signing. Only the best in thoughts and good wishes to you Mike. Your were always a great competitor and classy representative for @BellatorMMA I hope your run in the UFC is just as successful

Wow! @MikeChandlerMMA jumps straight to #1 contender after signing his @ufc contract! Awesome seeing the former @BellatorMMA champion given so much respect https://t.co/K3uhDUpv5g

Just a simple thought, don’t blame or get mad with Chandler to take this opportunity to sign with the ufc and be a back up in a title fight! He is a work horse always ready! Opportunity shows up he said YES! Like everyone that’s complaining would do the same! +

The 155 pound division is so stacked right now. This is a huge acquisition for the UFC. Congrats @MikeChandlerMMA. https://t.co/lnL55Zqb8P

Hi my friends! I caught COVID-19, so now my focus is on my health and recovery. I am taking care of myself abd already starting to feel a little better everyday. I will be back training and ready to fight soon. Thank you all for your messages on positive energy! ⚒ pic.twitter.com/UBGjNMKQOP

No idea what is going on here.

Going (going), back (back) to Abu Dhabi.

Knee is getting better.Walking normal. Doc said soon I can start jujitsu. It’s been years and I can’t wait. And soon, I’ll be in back in the gym, and possibly some coaching also. Knew knees, new me! ‍♂️