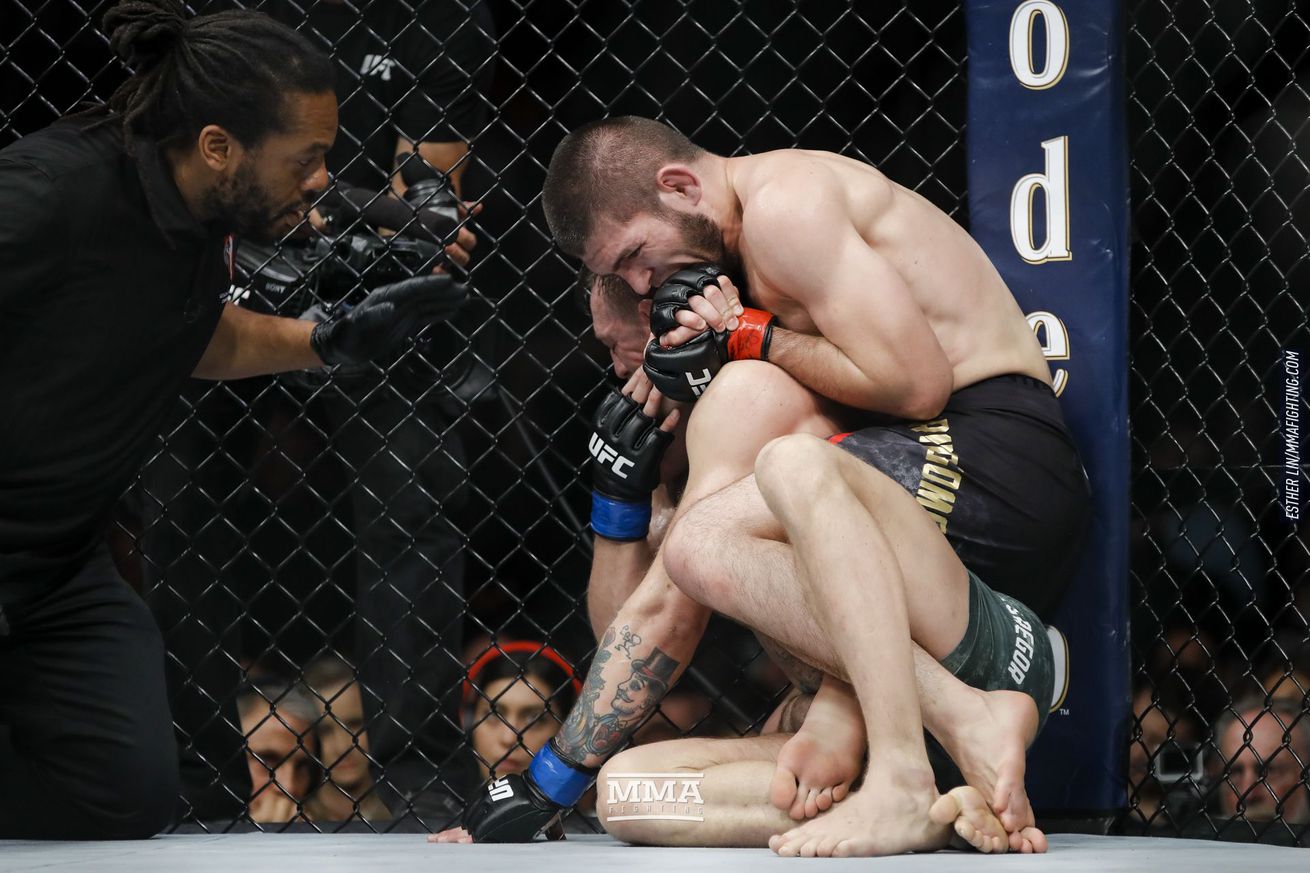 It seems Dana White may need to find a new angle.

By this time, the story about how The Ultimate Fighter saved the UFC is well-known. However, after over a decade of serving as the flagship program and talent acquisition tool of the leading MMA organization in the world, the UFC finally moved away from TUF in 2018, taking a step back to reassess how best to proceed with the waning franchise. Apparently, one of those ideas was to put the two biggest stars in the sport, men with a history of bad blood towards one another, into the coaching roles on the show. But, speaking with ESPN on Monday, UFC lightweight champion Khabib Nurmagomedov confirmed an earlier story by his manager that he refused the UFC’s offer to do just that because he had no interest in doing something that would benefit his bitter rival Conor McGregor.

“This Ultimate Fighter with him,” Nurmagomedov said. “This is good attention for him. I don’t want to give him this. I never give him this. Even if they gave me 5 billion dollar – even if they give me UFC (ownership)- I’ll never do this. This is good attention for him. It’s done – everything is done. (On) October 6, I finished him and I finished everything about him.”

Nurmagomedov and McGregor had one of the most heated build ups in MMA history, culminating in their fight at UFC 229. The actual fight, however, was far less tense, with Nurmagomedov dominating McGregor en route to a fourth-round submission victory. Afterwards, all the pre-fight bad blood spilled out of the cage when Khabib made his now infamous Eagle’s Leap into the crowd, inciting a brawl between the two fighters’ camps that resulted in numerous fines and suspensions.

Both men moved on from the event but the enmity between the two has never cooled, and periodically boils over into public feuding. That feuding, coupled with the brawl, has kept interest in a rematch alive despite how the first contest went, particularly with Dana White. For most of this year, the UFC President has suggested that, should Khabib successfully defend his title against Justin Gaethje at UFC 254 next weekend, the UFC would look to put together a rematch between he and McGregor. But Khabib seems entirely uninterested in that.

“I had new challenges – Dustin Poirier, now, Justin Gaethje,” the lightweight champion said. “We’ll see who’s going to be next but I don’t think it’s going to be Conor McGregor.”

This has been a consistent stance for Khabib who feels that McGregor has done nothing to warrant a title show, having only fought once since their bout, a knockout win of Donald Cerrone. However, Khabib did recently stipulate that should McGregor face and defeat Dustin Poirier again, then he would accept a rematch with McGregor and, as fate would have it, such a fight is currently being discussed by both parties as well as the UFC. If that should happen and McGregor wins, well then Dana White may just get what he wants after all. Just don’t expect it to help resuscitate TUF.

Karate. Michelle Waterson only interested in contenders’ fights, keeping eye on up-and-comers: ‘There can be only one’.

The top finishes of Brian Ortega.

Paulo Costa talks about his fight with Adesanya.

On to the Next One. Matchmaking following UFC Fight Island 5.

Correct. Southpaw box style. Continue to sharpen my MMA skills with some tough competition, while leading into my Manny bout preparation.
It’s not easy going between both sports and then coming back to the one sport again.
Just want to keep sharp guys, that’s all. It’s only fair. https://t.co/PnjHb4VP9j

Box we will. See you soon! ⚔ https://t.co/CxyVrhnrzB

The art of war! Talk boxing then jump the guillotine pic.twitter.com/TaFgaLJLJO

We had the privilege of visiting our friend, pastor Leo, and our orphanage in Haiti. The trip itself was only 4 day with an entire day dedicated to traveling, but the blessings of the trip out weighed all the requirements. I finally got to meet my kids and see their situation. I was so happy to see how well the kids are treated and how much joy they have. I want to thank everyone who donated to our orphanage to make this possible. God bless you ❤️

Lol. Mike Perry telling people the one thing they’ve praised him for lately was actually not true.

I was never considering that weak ass 5k offer for the corner spot. My manager was just trolling y’all. @darrentill2 could’ve offered 50k and I wouldn’t have accepted his offer. The media runs the mma game tho so they were just getting off on drama

@dricusduplessis I accept nov 21st sounds good to me @ufc @mickmaynard2 ! That leaves me plenty of time to step in on that December 12th card and get that number next to me name