If you were under the impression that longtime and popular UFC octagon girl Arianny Celeste was done gracing us with her presence on fight nights, think again.

Celeste made her return Saturday night at UFC 256 in Las Vegas less than three months removed from giving birth to her first child. It had been even longer since Celeste last worked a show as she’d missed a few months’ worth prior to her pregnancy announcement in late June.

Celeste, 35, announced on Oct. 3 that she and boyfriend Taylor King welcomed their baby boy, Raiden, into the world.

While her relatively quick return to work was surprising, Celeste told TMZ previously that she wanted to come back to the UFC.

“(UFC president Dana White) was the first person I told, as far as work goes. They’re like my family,” Celeste said. “So I told him, and he basically said, ‘We have your back always and forever, and whatever you want, when you’re ready to come back, you can come back if you want.’ So I’m definitely wanting to come back. I found that I miss it already, and it’s only been a few months. So I’m definitely gonna want to come back for some shows.”

Celeste made her debut as a UFC octagon girl in 2006 and has been among the most popular ring girls ever, having won “Ring Girl of the Year” a record five times at the World MMA Awards. 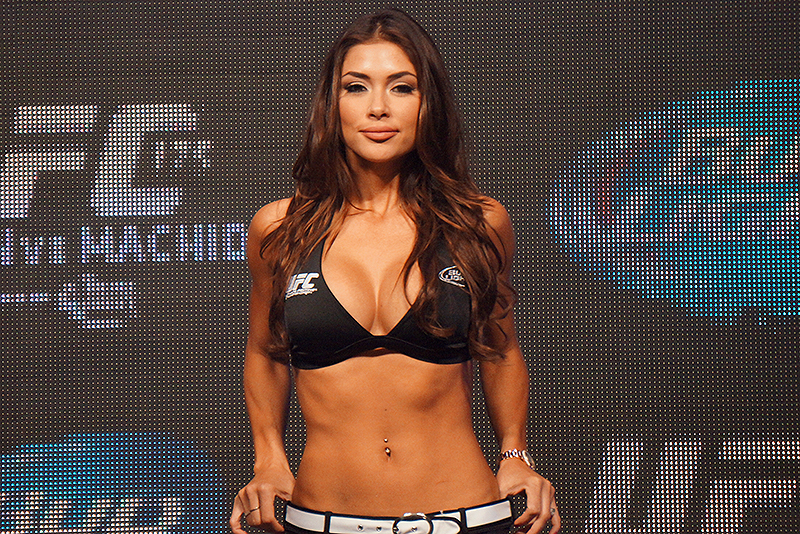