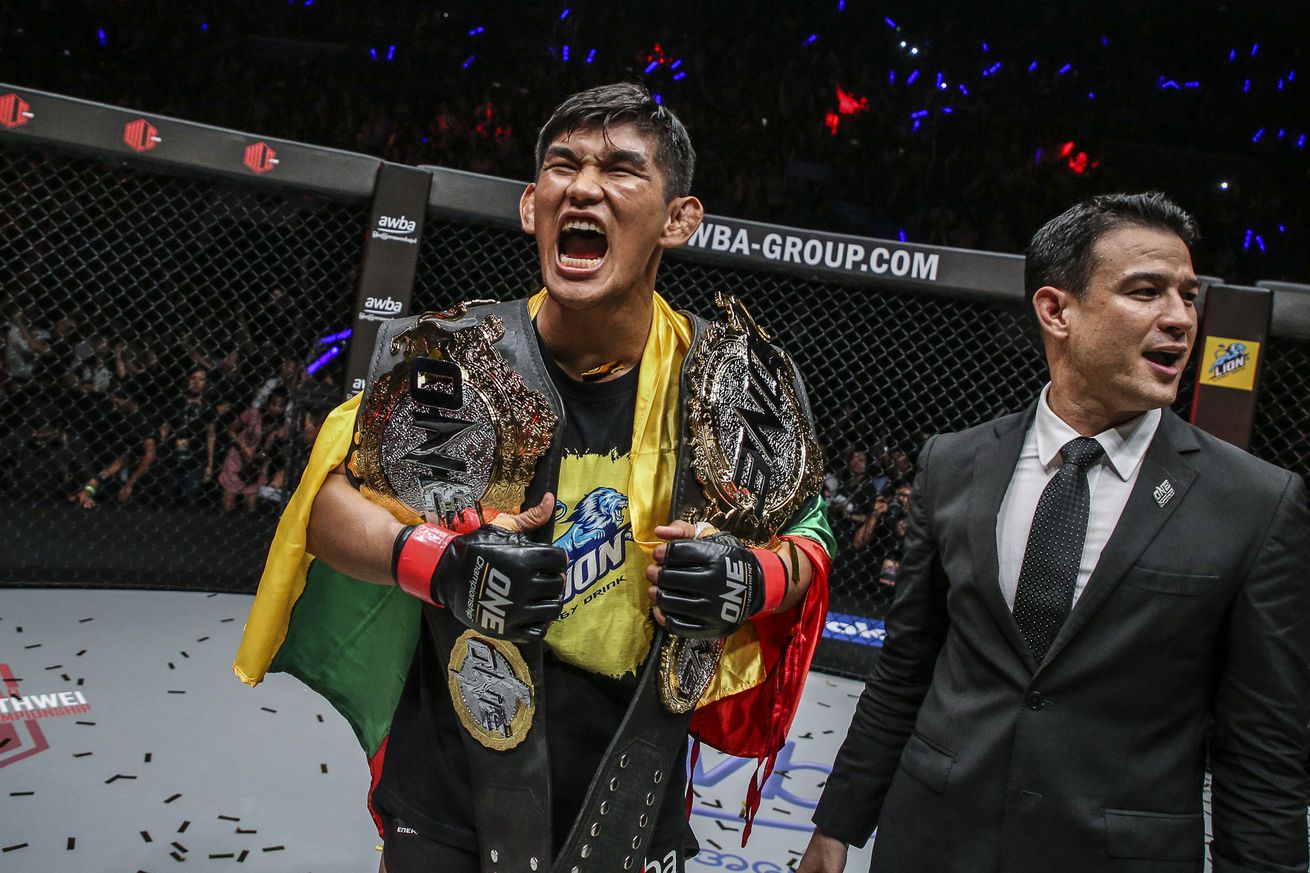 ONE Championship two-division champion Aung La N Sang was originally preparing for a middleweight title defense earlier this year, but the coronavirus pandemic put a stop to the promotion’s calendar for several months.

Then in July, “The Burmese Python” revealed that he had personally tested positive for COVID-19, which then forced him to endure a two-week quarantine while also worrying for the health and safety of his entire family.

It turns out almost everyone in his household contracted COVID-19 by the time it was all said and done, but thankfully no one dealt with any serious medical conditions as a result.

“Everything’s back to normal,” Aung La N Sang told MMA Fighting. “My conditioning’s back. My strength is back. My whole family had it, too, including my five-month-old daughter at the time. She’s healthy. My wife’s mom got it, too, and she’s like 70 with high blood pressure but she’s good, too.

“The only person that didn’t get it was my five-year-old son. We’re all healthy now. We’re all good.”

While some carriers of the coronavirus are asymptomatic, Aung La N Sang revealed that he definitely dealt with some minor health issues as a result of contracting the disease but it never forced him to get admitted to the hospital.

“I was training a lot so when I did come down with it, it was like a flu,” he explained. “I had flu-like symptoms. Congestion, little fever like 99.7, body aches and pains, which at first I thought was from the strenuous training we do. Then I lost my sense of smell and my sense of taste. Nothing tasted good. I would allow myself to eat something I like so I’d have a slice of pizza and I couldn’t even finish a whole slice of pizza.

“I was in bed. I stayed in bed for a couple of days and our family quarantined for 14 days to make sure nobody got sick. After the 14 days, we were back to normal.”

While the coronavirus kept him from serious training for two weeks, Aung La N Sang was still sidelined by the overall pandemic as ONE paused operations before finally returning to action towards the end of summer.

Only recently did the organization secure support from the government in Singapore to allow travelers to come into the country from international locations like the United States, which is where the ONE double-champ resides with his family.

While he has been one of the most active fighters on the entire roster, Aung La N Sang has now been out of action for over a year and he’s anxious to get back to work this weekend.

“I feel like I haven’t fought in years,” he said with a laugh. “I miss that feeling. It makes me hungrier. During this time, I was able to focus on getting better so when I go back you’ll see a better version of myself. During the time off, I healed a lot of my injuries so my body feels better than it has in the last five years. I take it as a plus.

“My team and I have worked so that my body is better, I’m technically more sound and I’m hungry. I’m ready to put on a show.”

This Friday at ONE: Enter the Matrix he faces undefeated Dutch middleweight Reinier de Ridder, who comes into their fight with a perfect 3-0 record in ONE Championship including a submission and a knockout along the way.

To him, the name of the opponent didn’t matter as much as finally being able to fight again and Aung La N Sang can’t wait to compete, especially after having the sport taken away from him for so many months during the pandemic.

“That said, this bout is super important. It should be my best performance so far.”