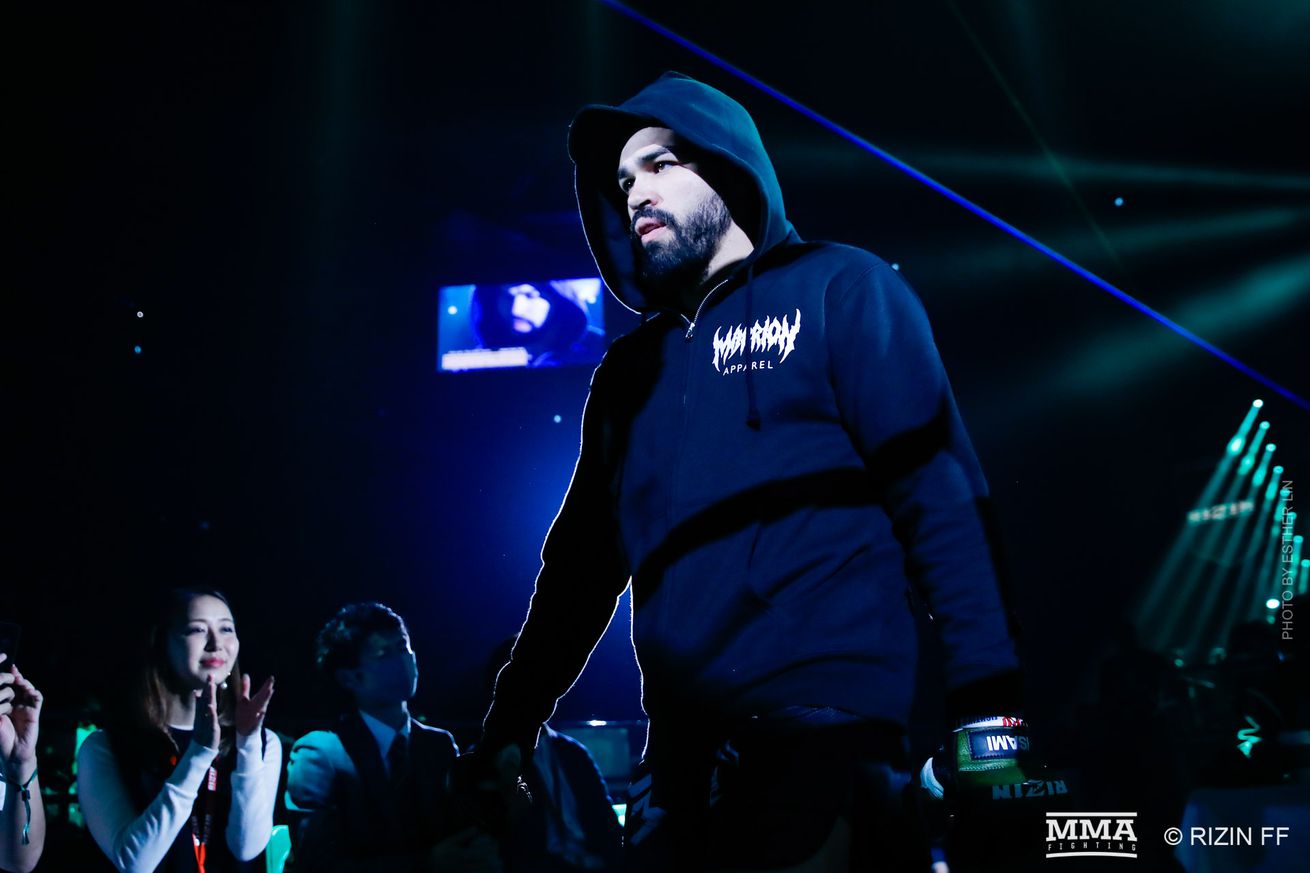 Pitbull Brothers vs. Straight Blast Gym Ireland turned into a hot rivalry outside the Bellator cage. But the company initially wasn’t able to match fighters from opposing teams.

That changes on Nov. 12, when Patricio Freire puts his featherweight title on the line against Pedro Carvalho. His older brother Patricky Freire was expected to get the first crack at SBG fighters in October, but the card got cancelled due to the coronavirus pandemic.

“I wanted a brawl, I wanted chaos,” Patricky Freire said in an interview with MMA Fighting. “I wanted the Irish crowd screaming, I wanted to hear them, but, unfortunately, it won’t happen now.”

Freire’s teammate Leandro Higo said he was also booked against SBG talent Brian Moore in October, but Bellator changed plans, and Moore instead got a new fight, beating Simone D’Anna in Ireland.

“They are 100 percent running from us,” Patricky Freire said of the SBG Ireland fighters. “Especially James Gallagher, who’s running from Leandro. Completely avoiding him. He knows Leandro is a great grappler. He acts all cocky like he’s going to kick your ass, but then he only grapples. He won’t do sh*t against Leandro Higo, he’d get lost. And I’m sure he doesn’t want any of it now, he just wants easier preys.”

The first Pitbull-SBG clash goes down next month as part of Bellator’s 145-pound grand prix, and Patricky Freire said Carvalho “doesn’t have the option to run this time, and he’ll pay for the others that ran from us.”

“They like to make a scene, but when the cage door closes, brother, it’s going to be a beating,” he said. “He’ll get beat up pretty bad. Even I would love to beat him up [laughs]. I wanted to punch his face at the press conference. They love to lie, man. They said my brother and I kept our heads down when he walked next to us, but that’s bullsh*t. We’re polite, we shake hands with everybody, but they lie.

“I pushed him after the press conference because he came at us acting like he’s the man. I was on my seat and he came walking behind me, trying to intimidate me or whatever, so I pushed his chest and told him to get lost. He said, ‘Calm down, man, you don’t need to push me,’ and I said, ‘This is not your place, brother.’ F*ck this guy. He’s trying to act like Conor McGregor, walking behind (Jose) Aldo and putting his hands on him or whatever.”

Patricky Freire hates SBG and everything about them, but he knows “I have to focus on this opponent now.” Willis, 13-2 as a professional, is a former LFA welterweight champion who drops back down to 155 pounds to meet the Brazilian in Uncasville, Conn.

“He’s a young guy who’s trying to show what he can do in the promotion,” Freire said. “He was the LFA champion, he just did a five-round fight on the feet, and he’s not a fool. I have to respect him, but not keep my head down. I own this place. I’m in the organization for a long time, I’m the No. 1 contender and this is my area. This is my territory. He’s getting here now but this is not his time.”

With his brother holding both featherweight and lightweight belts in Bellator, Patricky Freire is not sure where to go after Thursday’s fight, but he knows that Patricio “Pitbull” would vacate his belt so he gets his shot.

“I don’t know what Bellator has planned for my brother,” Freire said. “But the fight that makes sense for me after this win is for the belt. … A fight with Brent Primus would make a lot of sense because we’ve never fought each other and he’s a former champion. I’ve beaten up and knocked out everyone else in the division.”