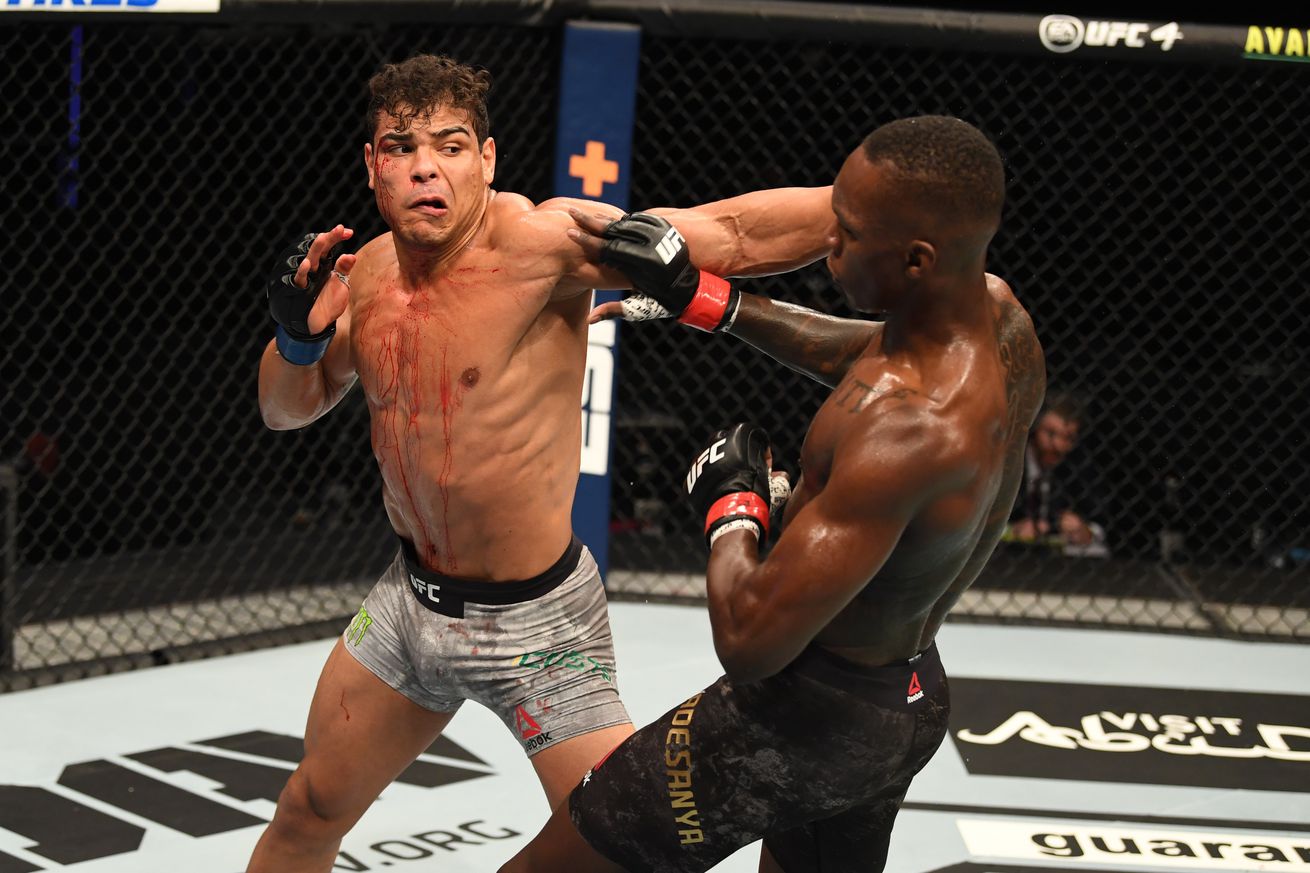 Paulo Costa suffered the first loss of his MMA career in the main event of UFC 253 in Abu Dhabi. | Zuffa LLC

Paulo Costa is not going anywhere.

“I’m relaxed because I know what I can do here in this division,” Costa said in English in a brief Instagram stories video. “I will still (fight at) 185 to fight him again. I will fight him again sooner and he knows. I will bring back with all my weapons, ok?”

In a series of videos in Portuguese, Costa elaborated more on the loss and the critics he’s received after coming up short in his attempt to dethrone “The Last Stylebender” in Abu Dhabi.

“Thank you all the haters too for the messages,” Costa said. “To my friends, and also those who aren’t — but especially my friends and those who cheer for me — don’t worry, I’m fine. I already know what happened, I know what was done wrong, and it won’t happen next time. I won’t keep waiting. Some things happens, I had some problems but I won’t give any excuses, ok? The fight is over, he won, but I guarantee you that the next one will be different. Next time I meet him, if he continues the champion, it will be different.

Costa, who was 5-0 in the UFC with wins over Garreth McLellan, Oluwale Bamgbose, Johny Hendricks, Uriah Hall and Yoel Romero, dropped to 13-1 as a professional with the stoppage defeat in Abu Dhabi.