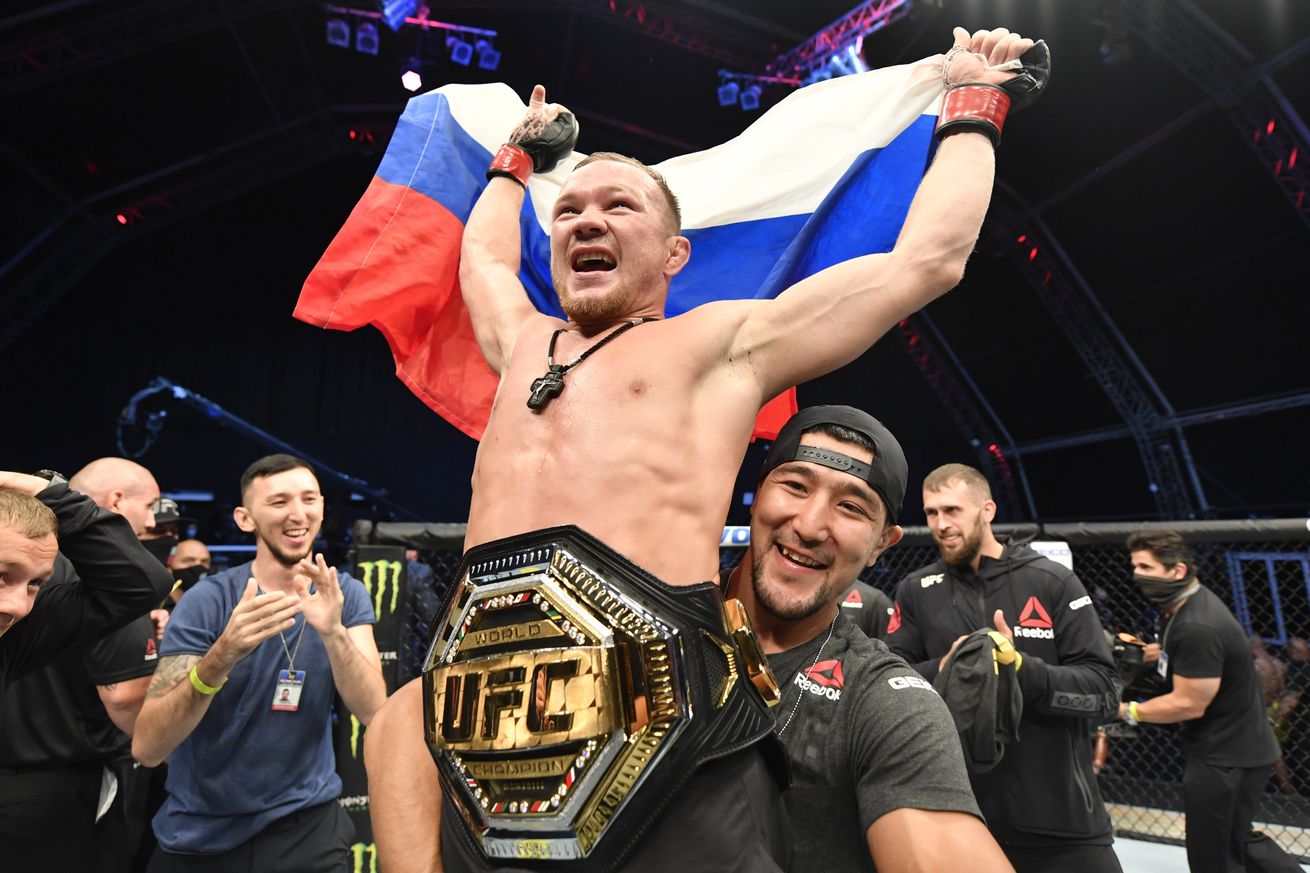 A long-awaited bantamweight title fight between Petr Yan and Aljamain Sterling is finally targeted for UFC 256 on Dec. 12.

Yan will look to make the first defense of his 135-pound title after claiming the vacant championship when Henry Cejudo retired earlier this year. Yan defeated Jose Aldo to win the title back in July as the Russian continued his undefeated run through the UFC.

Yan is currently 7-0 in the UFC including back-to-back knockouts over Aldo and UFC Hall of Famer Urijah Faber.

As for Sterling, the New York native will be fighting for UFC gold for the first time in his career after joining the roster in 2014.

He’s currently riding a five-fight win streak including a lightning quick submission win over Cory Sandhagen in his last outing in June. Afterwards, it appeared to be a foregone conclusion that he would receive the next title shot but the UFC hadn’t actually committed to the fight yet.

Now it appears whatever hurdles remained have been cleared as Sterling prepares to face Yan with the bantamweight title up for grabs in December.

According to White, Yan vs. Sterling will serve as the co-main event at UFC 256 with women’s featherweight champion Amanda Nunes headlining the card with her title defense against former Invicta FC champion Megan Anderson.