Kayla Harrison won’t be getting in one more fight in 2020, after all.

Harrison, the 2019 PFL women’s lightweight champion, had her bout at Titan FC 66 canceled after opponent Jozette Cotton was hospitalized due to complications from a failed weight cut. The news was announced Wednesday afternoon by Titan FC.

Titan FC 66 is slated to take place Thursday night at the InterContinental Hotel in Miami, Fla.

The bout was supposed to be a rematch from an August 2018 matchup, which Harrison won by third-round TKO at PFL 6 in just her second professional fight.

The two-time Olympic gold medalist last fought at Invicta FC 43 in November when she battered and bloodied Courtney King, en route to a second-round TKO win to remain undefeated. It was Harrison’s first time competing at featherweight. 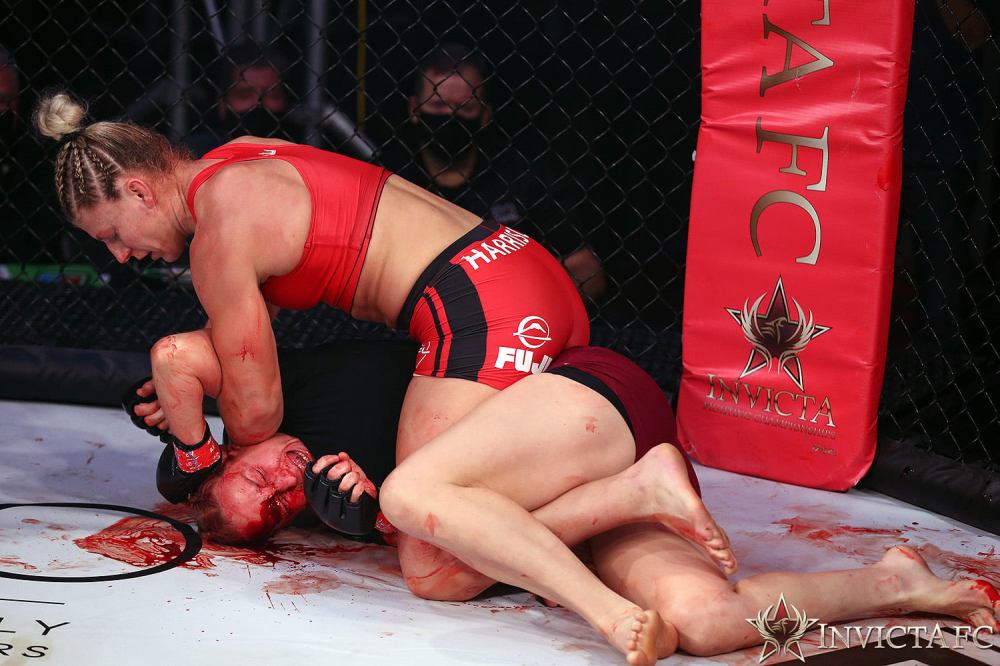