The 23-year-old featherweight prospect impressed many with his UFC start in 2020 when he picked up a couple wins in short succession.

Topuria (10-0 MMA, 2-0 UFC) made his UFC debut on short notice and handed fellow prospect Youssef Zalal his first UFC defeat in October. “El Matador” wasted no time and clocked in another fight in 2020 and put away veteran Damon Jackson with a first-round knockout at UFC on ESPN 19.

With only three months to work with in 2020, Topuria made a big splash in the UFC and set himself as one of the hottest prospects in the promotion. Yet despite the solid wins, Topuria thought he would do better.

“I actually expected a better start because I wanted to finish my first fight. But I can’t say it was due to bad luck – the fight didn’t go as I liked.” Topuria said in Spanish on Hablemos MMA. “We did get the victory, which is most important, but we didn’t win the way I wanted to.

“I wanted to finish the fight and represent my style, which is to get a stoppage. When I win by points, I’m not really happy-happy. In the end, it’s a victory – but I want to get the finish.”

“The truth is that people think they’re seeing my potential, but I’m far from showing my potential,” Topuria said. “People have a lot to see from me and I’m eager for 2021. I can’t wait to show the work that I’ve been putting in all these years and all the preparation I’ve made to be where I am today. For many, I came by surprise. But for me, it’s not a surprise. I knew I’d be here since the first day I started. My moment will come.”

Topuria began his professional MMA journey when he was 18 fighting in the regional European circuit – including in notable promotions such as Cage Warriors and Brave FC.

The unbeaten featherweight trained for the majority of his career at Climent Club in Alicante, Spain, but he now splits his time with MMA Masters in Miami. Topuria made the jump in training camps so he could get acclimated to the U.S. and its time.

Topuria has no exact date for a return to the octagon, but hopes to be active in 2021. The Georgian fighter hopes to be fighting for a UFC title in 2022.

“I’m young, so I’m in no rush,” Topuria said. “I want to enjoy this process and I don’t want to put too much pressure on myself. For me, it would be great to get in a few fights this year – more than two or three – and come out the winner. My plan is to fight in 2022 for the belt.” 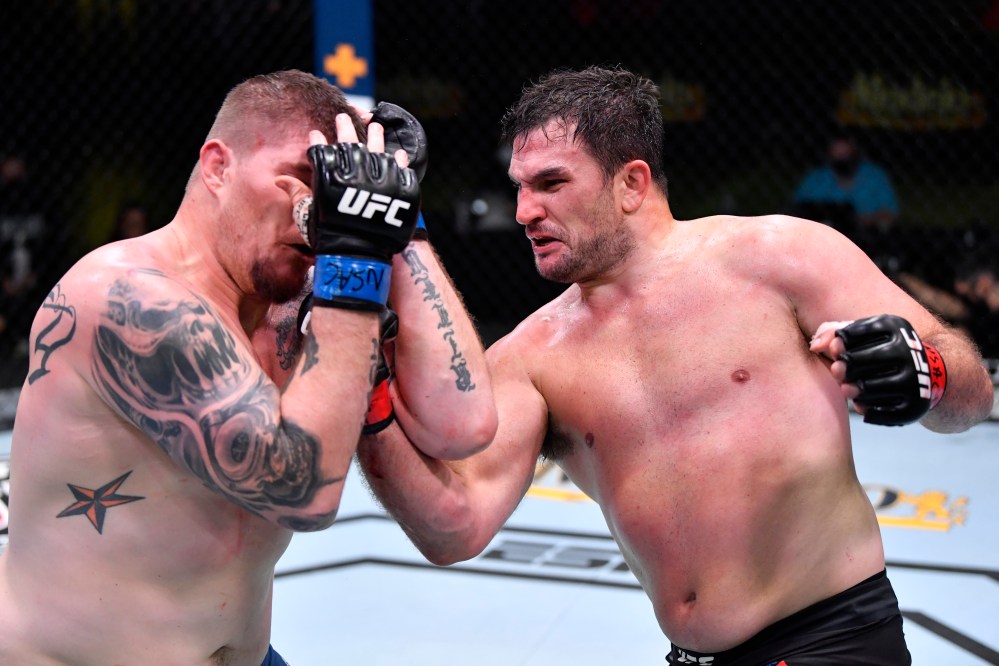