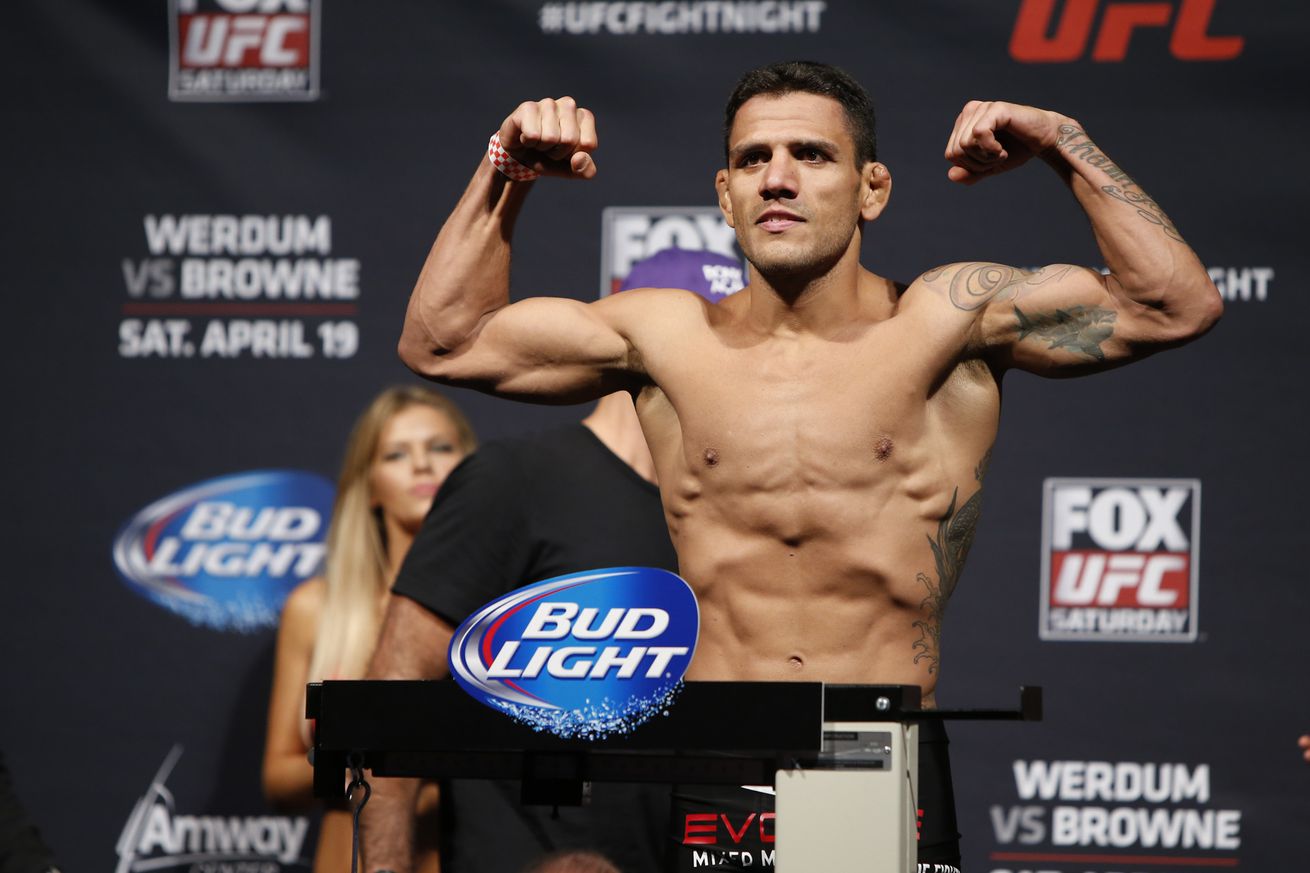 Former lightweight champion Rafael dos Anjos is returning to his old stomping grounds to face Islam Makhachev in a matchup expected for UFC 254 on Oct. 24.

Multiple sources close to the situation confirmed the matchup to MMA Fighting on Wednesday. The fight was initially reported by BJPenn.com.

For dos Anjos, this will be his first fight back at lightweight since 2016 when he faced Tony Ferguson before making his move up to 170 pounds. Since that time, dos Anjos has amassed a 4-4 record including high profile wins over Robbie Lawler, Neil Magny and Kevin Lee.

Dos Anjos previously held the UFC lightweight title following a lopsided win over Anthony Pettis in 2015 and he went onto defend the belt against Donald “Cowboy” Cerrone nine months later.

Now dos Anjos will attempt to reinsert himself into the title talk conversation with his return to lightweight while facing one of the best up and coming contenders in the division.

Makhachev has won six fights in a row with an overall record of 7-1 in the UFC. The Russian most recently dispatched Davi Ramos and Arman Tsarukyan in 2019 but he hasn’t fought yet in 2020.

Makhachev was originally scheduled to face Alexander Hernandez at UFC 249 in April, but the card was eventually moved to May due to the coronavirus pandemic. Thanks to travel restrictions, Makhachev was unable to get into the United States and he was forced to wait for a later date to return to action.

It appears Makhachev will now face off with a former champion in dos Anjos as part of the same card with a lightweight title unification bout as Khabib Nurmagomedov takes on Justin Gaethje.