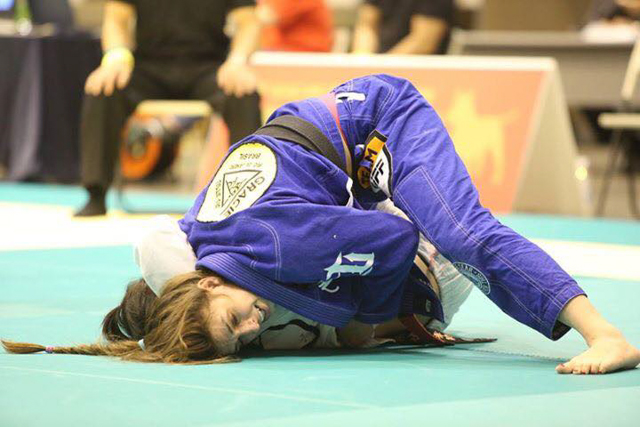 Even after her successful transition into MMA, Mackenzie Dern continued to brighten mats around the world with her fine jiu-jitsu.

In California, in 2017, the UFC star competed in the IBJJF’s San Diego Open and once more claimed a gold medal.

To win the middleweight title, Mack had to outplay Emilie Thylin, also from Gracie Humaitá. After a swift attack and pressure on the pass, Mack took the back one minute in and… Well, check it out yourself below.

The post Remember the fine jiu-jitsu displayed by Mackenzie Dern on the mats of San Diego first appeared on Graciemag.