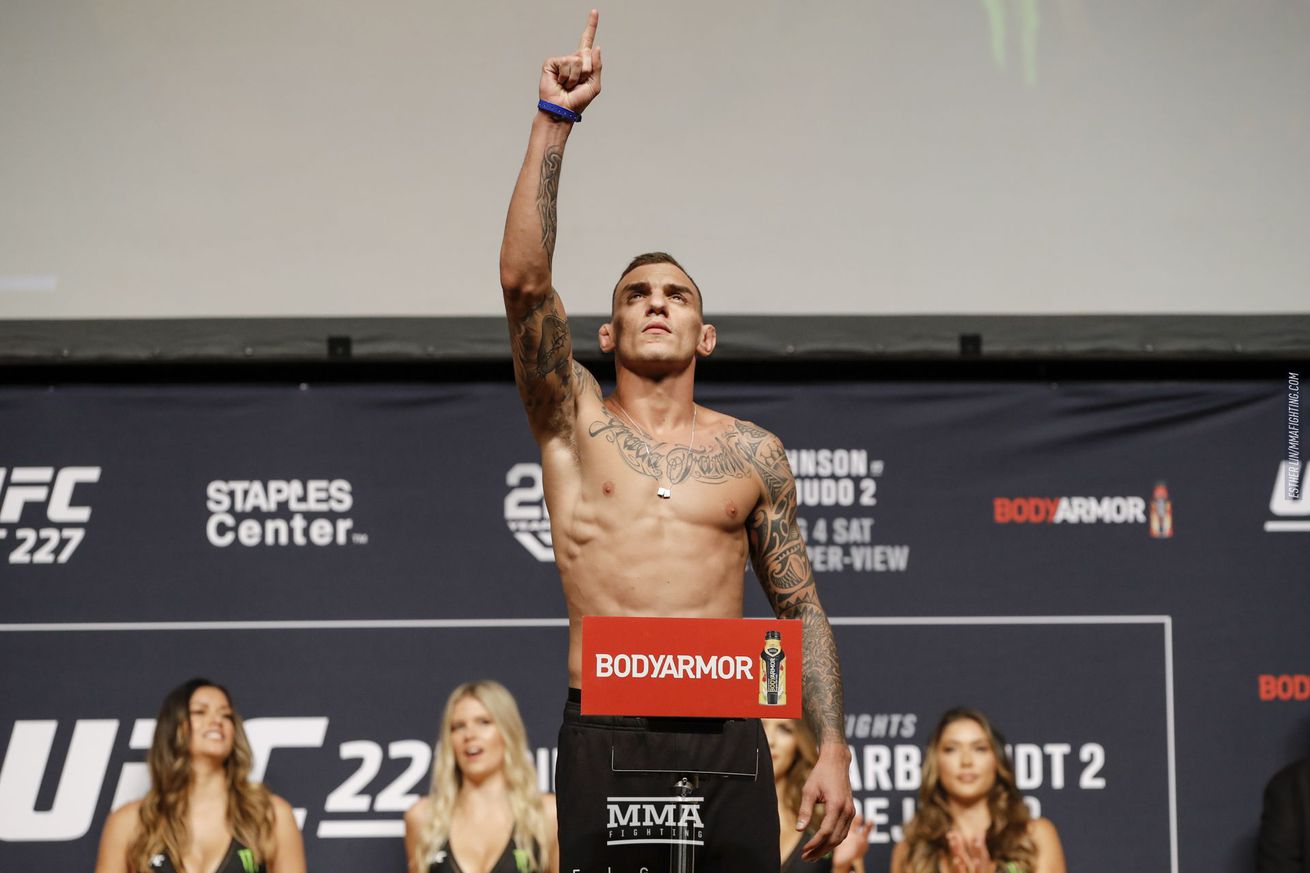 Two of the lightweight division’s most intriguing fighters will fight this November.

Former top-10 featherweight Renato Moicano will face Rafael Fiziev in a 155-pound bout at a UFC Fight Night on Nov. 28 at a location still to be announced. This will be Moicano’s second lightweight fight in the UFC.

MMA Fighting confirmed the matchup with sources with knowledge of the booking following an initial report by Combate.

Moicano (14-3-1) made a successful UFC lightweight debut in March, submitting Damir Hadzovic in just 44 seconds. Prior to that, the 31-year-old was making waves at 145 pounds with wins over Cub Swanson, Calvin Kattar, and Jeremy Stephens. However, he lost his previous two fights against “The Korean Zombie” Chan Sung Jung and Jose Aldo before making the decision to change divisions.

Fiziev (8-1), 27, has dazzled fans with his striking prowess in his past two outings. He is coming off of back-to-back unanimous decisions over Marc Diakiese and Alex White.

A heavyweight bout between Curtis Blaydes and Derrick Lewis is expected to serve as the Nov. 28 headliner.