After a frustrating spell out of action due to knee reconstruction surgery, former Rizin bantamweight champion Kyoji Horiguchi is back, and he plans to make up for lost time by reclaiming the title he never lost in the ring.

Former two-promotion champion Horiguchi (28-3) will take on the last man to defeat him, Kai Asakura, for the Rizin FF bantamweight title in the main event of Rizin FF 26, which takes place at the Saitama Super Arena in Saitama, Japan on New Year’s Eve.

Their first meeting came while Horiguchi was champion, but due to the matchup being a non-title fight, Asakura’s 68-second demolition of the champion at Rizin FF 18 didn’t result in a title change. It did earn Asakura (16-3) a title shot in a rematch, but the fight never materialized, with Horiguchi sustaining a serious knee injury that forced him to relinquish his Rizin and Bellator titles and spend more than a year building himself back up to fighting fitness ahead of his return.

Speaking to Rizin’s pre-fight video series, “Rizin Confessions,” Horiguchi recounted his journey back to the ring.

“I tore my ACL and I had to get it reattached,” he explained. “I was told that some people can get back in six months, but I didn’t want to rush it and took a year off. I started with stretching for about two months and moved on to some simple physical training and started to do heavier workouts accordingly. I guess working the ligament too much in an early stage makes it easier to snap. I was able to start to actually train in the summer. It’s quite recent. They tell me that I’m recovered.”

Now back to fighting fitness, Horiguchi is jumping straight back in at the very top. Rather than consider a tune-up fight, the former champion is challenging his nemesis Asakura for the bantamweight title. While some have expressed concern over his injury recovery and the fact that his return bout will see him take on the last man to beat him, Horiguchi simply smiled off the doubters.

“Everybody tells me the same thing,” he said. “An immediate title fight after a long layoff due to a serious injury – they say it’s not that easy. I want to prove all of that wrong. … I’ve always worked through injuries. I think this (time off) was a good thing. People would tell me this is a career-ending injury. That excites me. I want to be the exception.”

In preparation for his rematch with Asakura, Horiguchi said he’s recapped the footage from their first meeting and gives due credit to his opponent for being the better man on the night. However, he admitted that his concern over his physical condition forced him into an approach that ultimately led to his downfall.

“It wasn’t arrogance, it was more of my bad condition,” he said. “I needed to finish the fight in the first or my body would fall apart. I knew my body wouldn’t last for two rounds, so I pushed the pace with constant pressure. It was my impatience that rushed the fight. Whatever it was, I lost. He was the better fighter.”

Horiguchi also acknowledged that Asakura has improved since their first meeting, but he also said he has plenty of unseen weapons of his own at his disposal ahead of their rematch.

“His boxing has gotten better. I think he’s gotten better. He’s learned how to stay calm,” he said. “(But) I know what makes Asakura uncomfortable. I have more tricks hidden up my sleeves. I can change my style whenever, and I practice hard for that.

“I got knocked out in the last fight. I plan to pay back the favor. Look forward to it.” 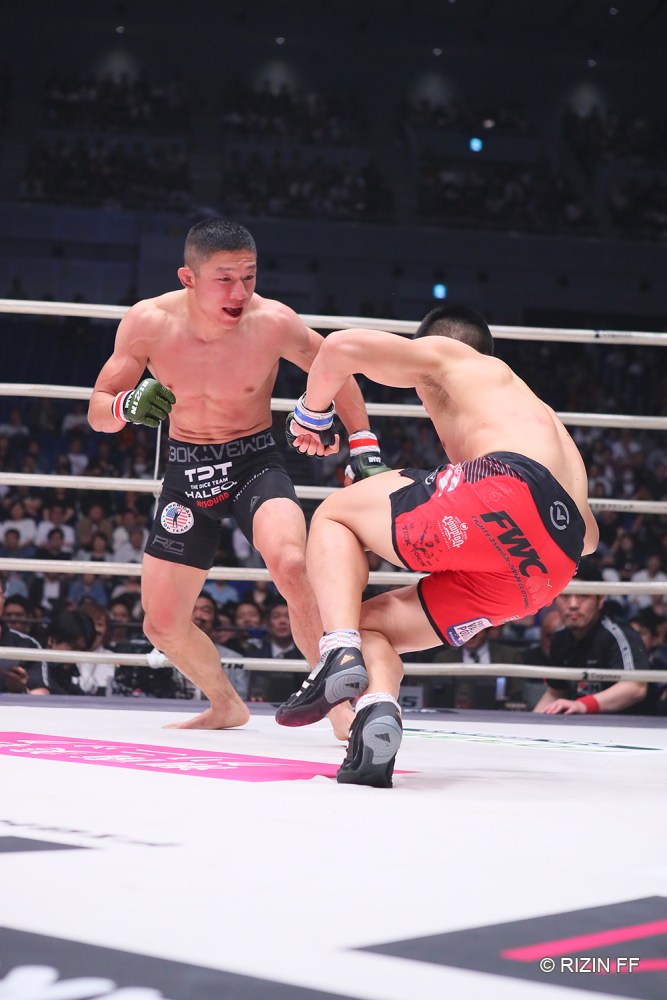