UNCASVILLE, Conn. – Like many companies across the world, Bellator MMA had to make some serious shifts in the wake of the worldwide COVID-19 outbreak.

But that makes company president Scott Coker all the more proud of what his staff and fighters were able to accomplish in 2020, as the company returned to action in the second half of the year after a long, unplanned hiatus.

“I’m proud of my team,” Coker said at a Bellator 254 post-fight news conference Thursday. “I’m proud of our whole company because this is not an easy task. This is not an easy ask. When you’re asking your staff to stay inside this bubble for 30, 40, 50 days. There were times here where some of our employees were here for that amount of time not going home. Sometimes the staff would go home but it was a tough year. This was a grind.”

Despite all the struggles and difficulties that come with COVID-proofing a bubble in a time of uncertainty, Bellator returned in late July. The promotion went on to hold 15 events post-outbreak – including 11 stateside at Mohegan Sun Arena and four overseas (three in Milan, Italy and one in Paris).

“This was really a test of character for our staff and the fighters and fighting in a closed environment like this without fans,” Coker said. “Look, it is the new norm but to me, I’m looking forward to getting back and getting back to doing arena fights where we have fans including here at the Mohegan Sun.”

Ilima-Lei Macfarlane relieved by Bellator 254 loss: ‘It is hard doing it for so long’

Someday, Coker hopes to have fans back in the seats. Until then, the bubble will continue and so will the testing, which doesn’t come cheap.

“Economically, these COVID tests are very expensive,” Coker said. “It’s a commitment. I think we’ve had, to date, in the fights that we’ve done since July here at Mohegan Sun building this bubble, 4,800* tests that were either performed on fighters, production staff, or our Bellator staff. It’s quite a process. I think it’s a very safe environment to do these events and that’s why we’re doing them. Protocol is No. 1 but it’s been a grind.

“I’m looking forward to starting in 2021 again, most likely in the bubble. But I do believe now with some of the breakthroughs and the vaccine and the different types of vaccines and eventually, I think the virus will eventually ween its way out and we’ll be back to business as normal hopefully sometime (in 2021).”

* A Bellator official later clarified to MMA Junkie the figure Coker referred to was not the complete sum of COVID-19 tests completed and that 7,800 was the accurate number. 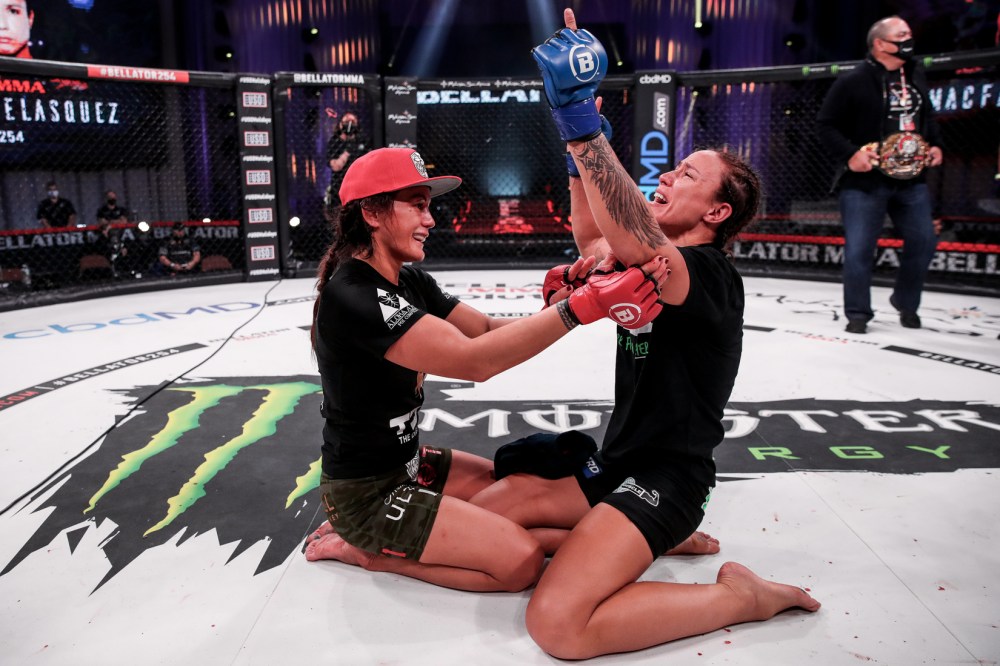