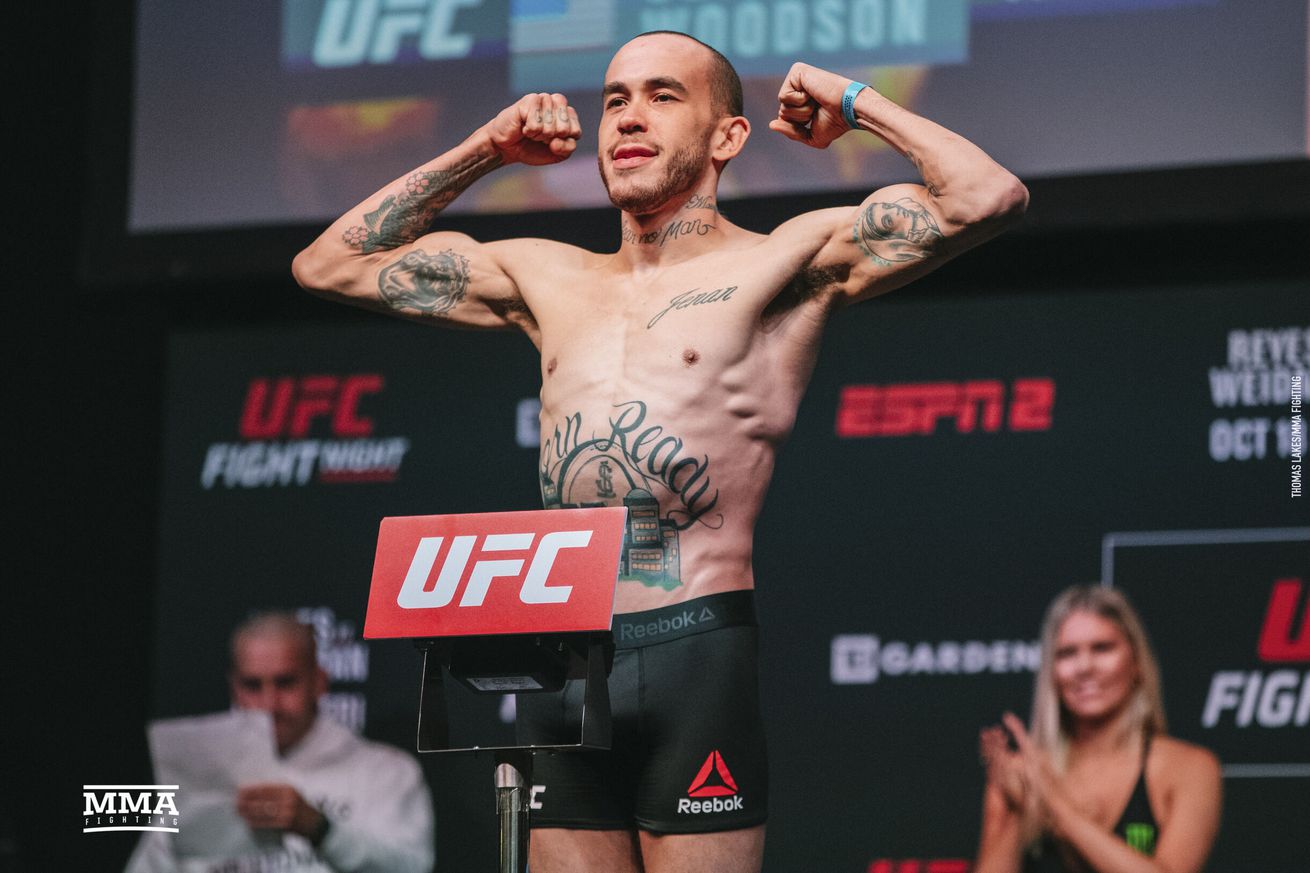 A battle of past Contender Series contract winners is slated for the octagon in November.

Multiple people with knowledge of the promotion’s plans confirmed to MMA Fighting that a featherweight matchup between Sean Woodson and Jonathan Pearce will take place at a UFC event on Nov. 28. The card is scheduled to take place at UFC APEX in Las Vegas.

Woodson, 28, looks to bounce back from the first loss of his pro career in June. “The Sniper,” originally scheduled to face Kyle Nelson at UFC on ESPN 12, instead took on the returning Julian Erosa on less than one week’s notice and was submitted in the third round. In his octagon debut, Woodson picked up a unanimous decision over Kyle Bochniak at UFC Boston in October 2019.

Pearce is aiming for his first promotional win in his second opportunity. After earning his contract with a third-round knockout of Jacob Rosales in July 2019, “JSP” made his UFC debut against longtime vet Joe Lauzon at UFC Boston around a year ago and was finished in just over one minute. The MMA Lab standout will compete in the 145-pound division for the first time since 2016.

The UFC’s Nov. 28 event is headlined by a pivotal heavyweight matchup between Curtis Blaydes and Derrick Lewis.