Eubanks has been wanting to do just that – get a quick turnaround and dive right back in another fight.

Taking a short-notice fight could be a great opportunity if there’s a winning result. However, there are many things to consider, especially being able to make weight on short notice. Eubanks is confident that won’t be a problem when she steps on the scale.

“It’s a benefit I’m still in fight shape,” Eubanks said. “I’m still pretty low. I didn’t get a chance to do too much junk food. I took my daughter for ice cream on Monday and that’s the most damage I did. We got back on the plane and I came right back.”

Eubanks said she almost doubled her previous pay taking the matchup with Vieira. The 35-year-old is excited to get an opportunity to fight Vieira, and she thinks a win over the highly ranked contender would do a lot for her career. 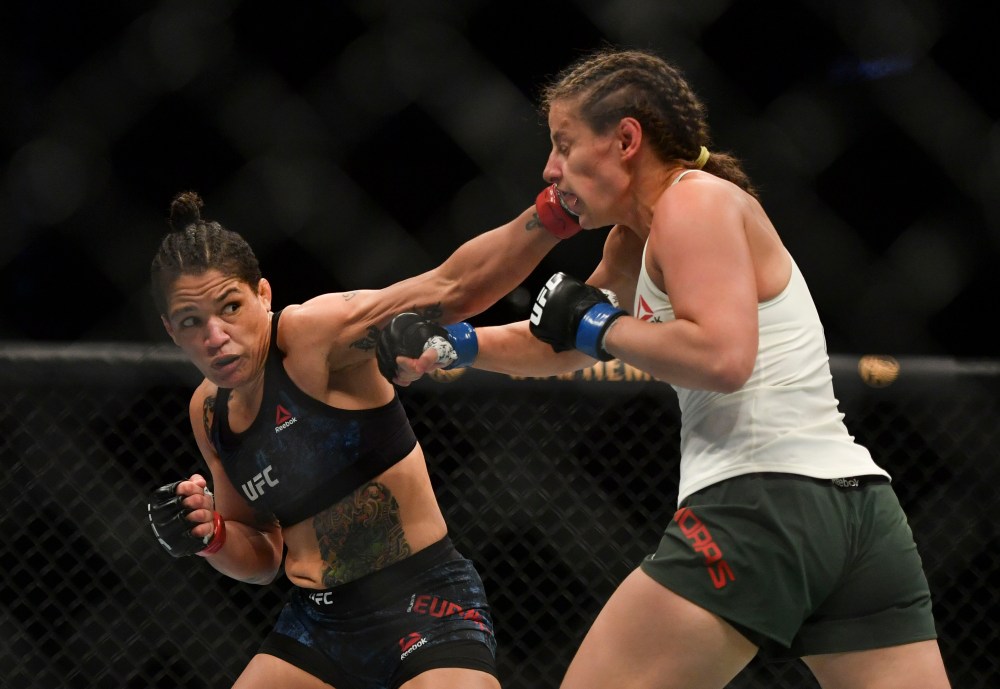