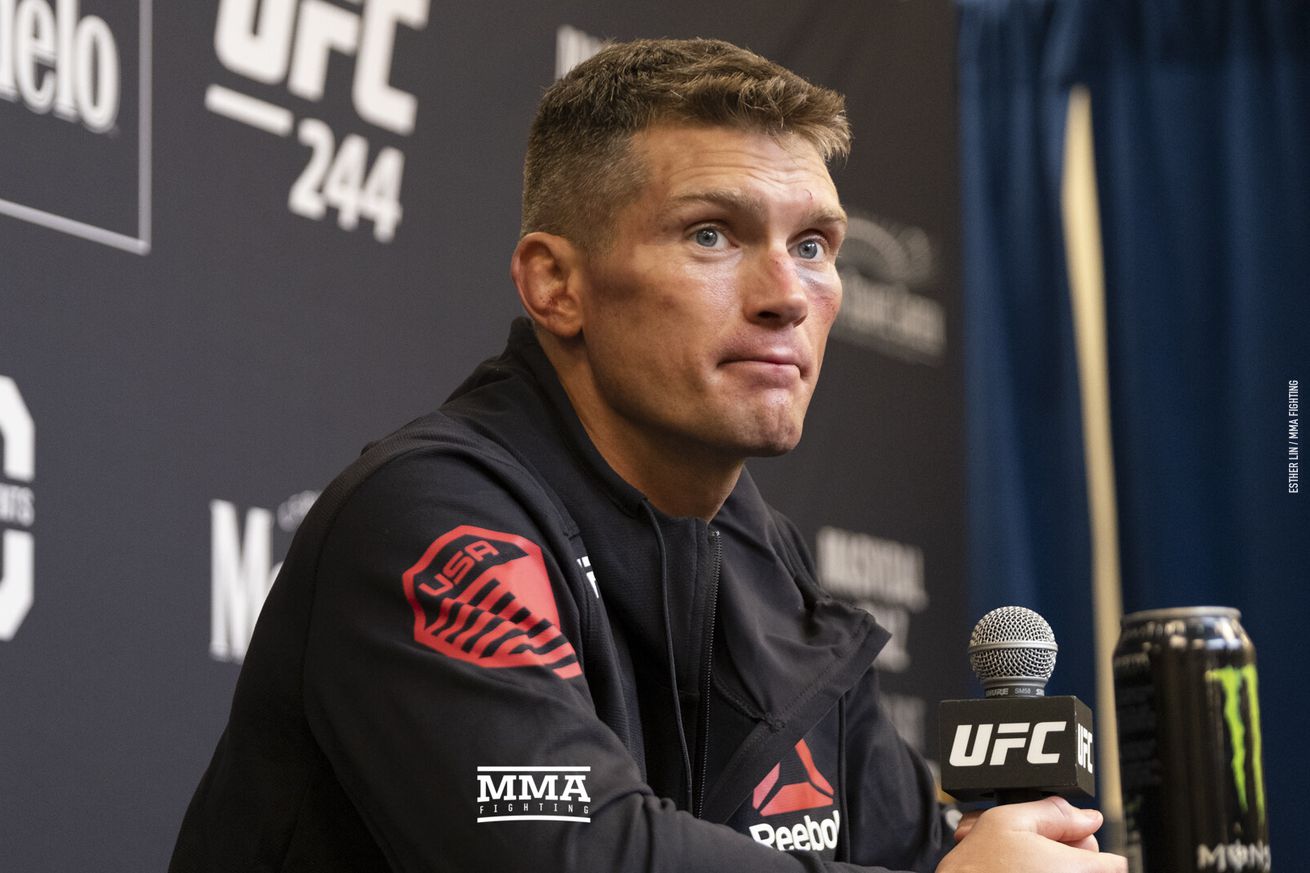 Sharing nearly an hour of octagon time with somebody will create an incredible amount of respect. That’s what Stephen Thompson has developed for former champion and two-time opponent Tyron Woodley.

Woodley looks to get back in championship form when he faces longtime rival Colby Covington in the main event of UFC Vegas 11 on Saturday in Las Vegas.

“Wonderboy” challenged Woodley for the welterweight title on two different occasions. In their first meeting at UFC 205 in November 2016, they fought to a majority draw in a “Fight of the Year” contender. They would rematch four months later in the main event of UFC 209 where Woodley earned a majority decision to retain his title.

While Thompson is figuring out his next move in a loaded 170-pound division, he is excited to put his fight fan hat on and watch the rivalry play out this weekend.

“I am really excited,” Thompson told MMA Fighting on What the Heck. “I’m ready to see my man Tyron Woodley go out there and finish this guy. You got the guys that you love to like and then the guys you love to hate in the sport. Colby Covington has made himself into the unlikable guy with the whole beef with the gyms, him and (Jorge) Masvidal were friends, now they don’t like each other.

“Now you have Masvidal, the ‘BMF,’ going up to help Tyron finish Colby Covington. I think it’s great.”

Woodley has lost his last two via lopsided unanimous decisions to Kamaru Usman and Gilbert Burns, and will enter a fight on a losing streak for the first time in his career.

In a recent interview with MMA Fighting, Woodley’s teammate Gerald Meerschaert said that “The Chosen One” looks like he did ahead of his fights with Robbie Lawler and Darren Till—which both ended with Woodley getting a finish.

“From what I hear, Tyron is ready to rock,” Thompson said. “I think it was an eye-opener in his last fight and he was fired up. He took that first shot and it went downhill from there. But I think he rekindled that flame a little bit. And if you’re going to get motivated for a fight, it’s going to be with a guy like Colby Covington.”

While he didn’t give an official prediction for the matchup, in a perfect world, Thompson is going to be on Team Woodley this Saturday night.

“I’m rooting for my man Tyron Woodley,” Thompson stated. “He’s 38 years old. He’s a year older than me and that motivates me. I’m still improving every day, and so is Tyron. But it’s going to be a fun fight. There’s going to be a lot of smack in that octagon, outside of the octagon, wherever. But I’m excited for it.”