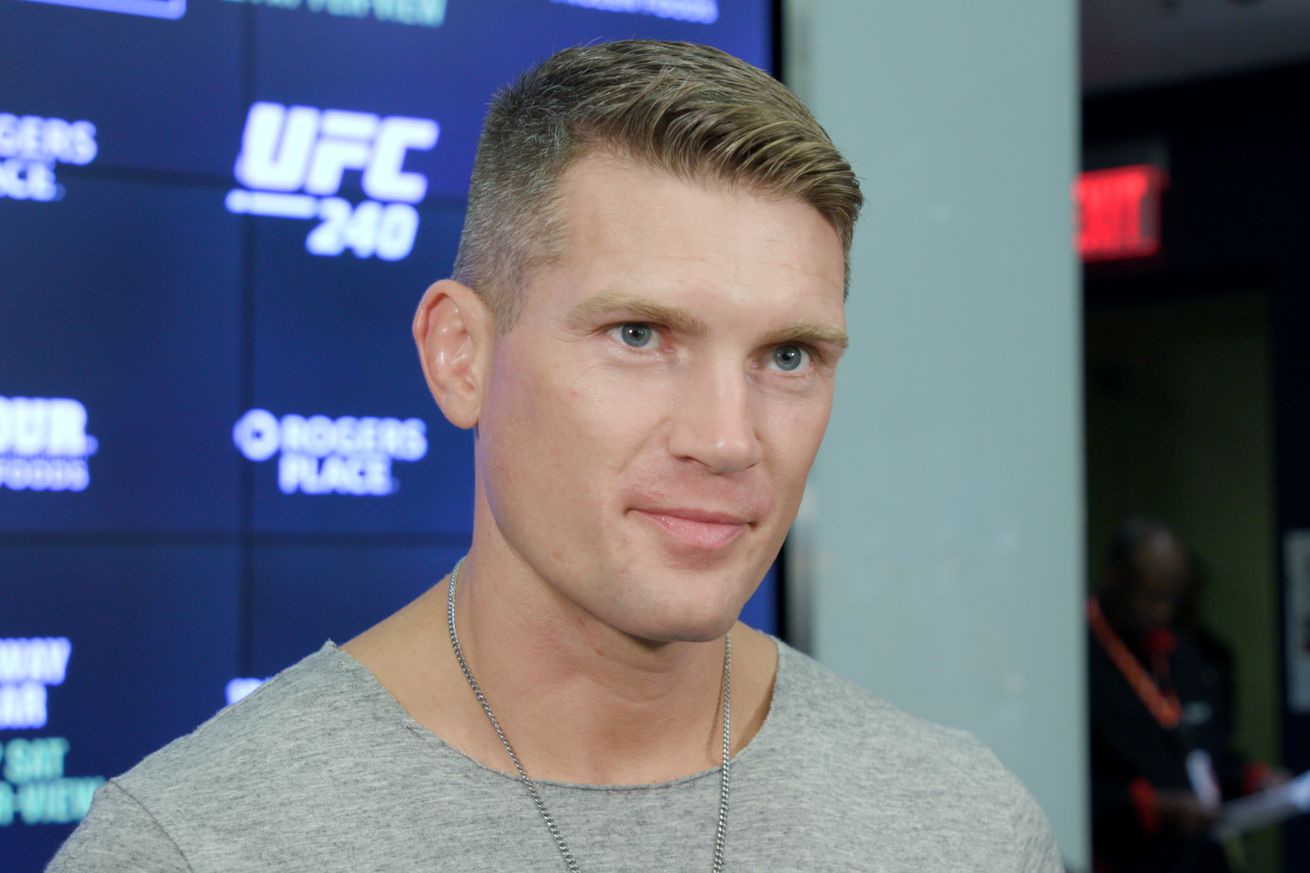 With a lot of eyes upon Khamzat Chimaev ahead of his upcoming UFC Vegas 11 bout with Gerald Meerschaert, Stephen Thompson admits he is part of that group.

Chimaev faces 44-fight veteran Meerschaert on the main card this Saturday night at the UFC APEX in a middleweight bout. In addition, the unbeaten prospect already has his next fight tentatively booked with multi-time welterweight title challenger Demian Maia for an event in November.

“They are pushing him like crazy,” Thompson told MMA Fighting on a recent episode of What the Heck. “I know he’s got two fights booked. I mean, hey, this guy went out and finished some dudes. I don’t really know who he was fighting, but he’s tough. He’s like a 170 Khabib, just a grinder.”

Although his two octagon appearances were dominant performances, many people are waiting to see how Chimaev looks against experienced grapplers, which will certainly be the case with Meerschaert on Saturday who holds five submission wins in his 11-fight UFC career.

The middleweight attraction has taken on a life of its own, especially during fight week, on a card headlined by Colby Covington and Tyron Woodley. A lot of questions will be answered when it comes to Chimaev.

“I would love to see how he’s gonna do against some of the top tier guys,” Thompson said. “Yeah, the UFC is pushing him, but you’ve got to be careful. He is very confident. He’s a young guy and the confidence comes with it, but the UFC can push you a little too fast. If you’re not careful, you could go out there, have that confidence and someone with a little bit of experience can put you away.

“Hopefully he goes out and makes the guy work. Hopefully he can humble him a little bit. I like to see guys with confidence, but not over the top confidence. But he can’t take this guy lightly.”

It’s extremely rare that the UFC will double book a young, up and coming fighter like Chimaev, but Dana White said he is willing to roll the dice this time around. Should he defeat both Meerschaert and Maia, things could move even quicker for the 26-year-old phenom.

“I think the fight with Demian Maia could be very interesting,” Thompson explained. “Yeah, it’s two grapplers, [Maia] is a lot older and I think he’s kind of coming down from where he was before. I think he may only have one fight left on his contract. Hopefully, we’ll go out there and see the best of Maia in his last fight.”

Thompson is currently awaiting his next move and would like to return in November. The 37-year-old recently told MMA Fighting he has a lot of interest in fighting Leon Edwards, or, should it be real this time, a future fight with the returning Nick Diaz.

Until that happens, Thompson is paying attention to Chimaev, who plans on making a dent at 185 and at 170.

“He’s definitely a tough dude and someone you have to keep your eye on for sure—somebody like me, especially.”