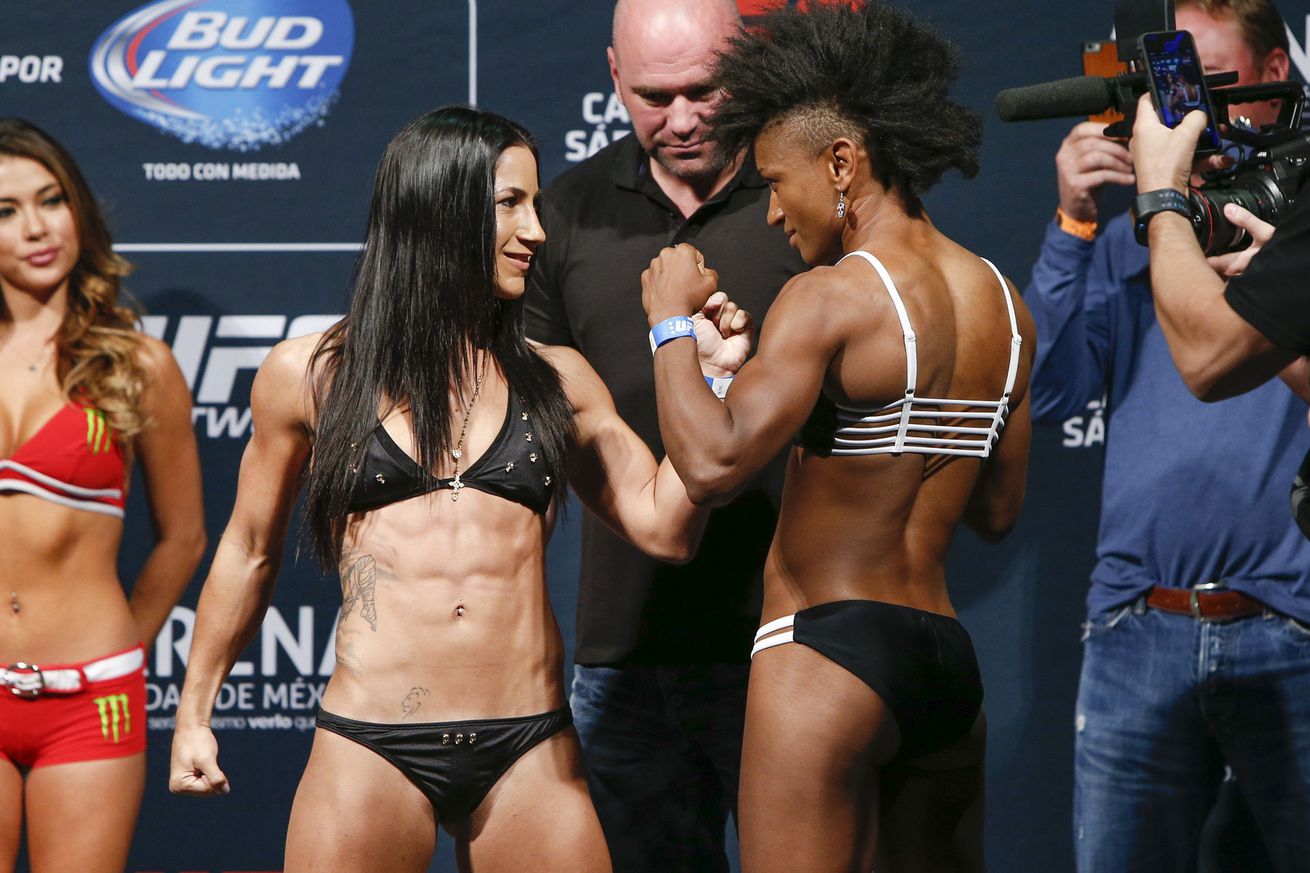 A rematch between Tecia Torres and Angela Hill is headed for UFC 256 on Dec. 12 with the card expected to take place in Las Vegas.

Torres and Hill first met in 2015 after both had competed on The Ultimate Fighter season 20, which crowned the first ever UFC strawweight champion.

On that night, Torres won a unanimous decision in what was the third professional fight of Hill’s career. Hill eventually exited the UFC after one more loss but then earned her way back following a string of victories in Invicta FC including her reign as the promotion’s strawweight champion.

Lately, Hill has come up short in a pair of back-to-back decisions that could have easily gone her way. She fell to Claudia Gadelha and then lost to Michelle Waterson in a five-round main event in September.

Now Hill will attempt to get back on track while avenging the first loss of her career when she faces Torres, who is coming off a strong showing against Brianna Van Buren in her most recent appearance.

Prior to that win, Torres had dropped four straight but then she put on a dominant showcase against Van Buren to return to the win column.

Torres vs. Hill joins a growing lineup headed to UFC 256 with the card headlined by a pair of title fights as Amanda Nunes defends her featherweight championship against Megan Anderson while Petr Yan puts the bantamweight title up for grabs against Aljamain Sterling.