Thiago “Marreta” Santos knows there are big title implications in his upcoming fight, which could set him up with a familiar foe.

Santos is the last man to beat Blachowicz (27-8 MMA, 10-5 UFC), knocking him out in the third round of their UFC on ESPN+ 3 main event in February 2019. The finish earned Santos a title shot against then 205-pound champ Jon Jones at UFC 239, where Santos was edged out in razor-thin split-decision loss.

Since losing to Santos, Blachowicz has since gone on a four-fight winning streak, including knockouts of Luke Rockhold and Corey Anderson. Most recently, after Jones vacated his belt in search of a move to heavyweight, Blachowicz was matched up with Dominick Reyes this past weekend at UFC 253, where he scored an upset TKO finish to win the title.

But Santos is confident that should he prevail against Teixeira, the outcome between him and Blachowicz would be the same in a second meeting. He said he predicted that Blachowicz would beat Reyes but didn’t see too many improvements in his game.

“I didn’t see him so different,” Santos told MMA Junkie. “Sure, he has more experience. Everyone tries to learn and improve their game, but I didn’t see such a difference between Blachowicz now and Blachowicz who I fought before.”

He continued, “Every fight is different, but sure I’m going to lay down the hammer, I’m going to try and knock him out, and sure I can do this. I can knock everyone out. It’s what I like to do. It’s what I usually do with my opponents.”

While Santos said he knew Blachowicz would win, he admits that he was a little surprised with Reyes’ performance.

Santos came very close to capturing the title in his past outing against Jones but has since been forced to sit on the sidelines for over a year, after undergoing double knee surgery to repair damage that he suffered in the fight.

Now that he’s back, Santos said he’s not overlooking Teixeira but is excited to prove that he’s the best light heavyweight in the world.

“I’m so excited for that opportunity, but my focus now is on Glover Teixeira my next fight,” Santos said. “I need to show everyone that I deserve the opportunity for the belt again, and I will do it. After I win against Glover Teixeira, sure, my focus is going to be on Blachowicz and a title shot.” 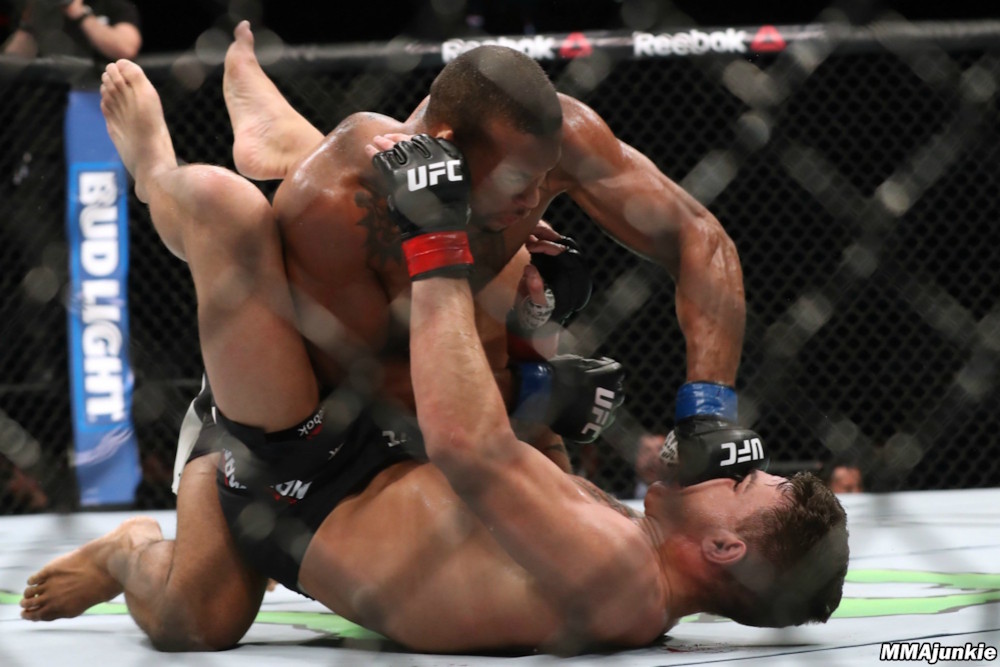