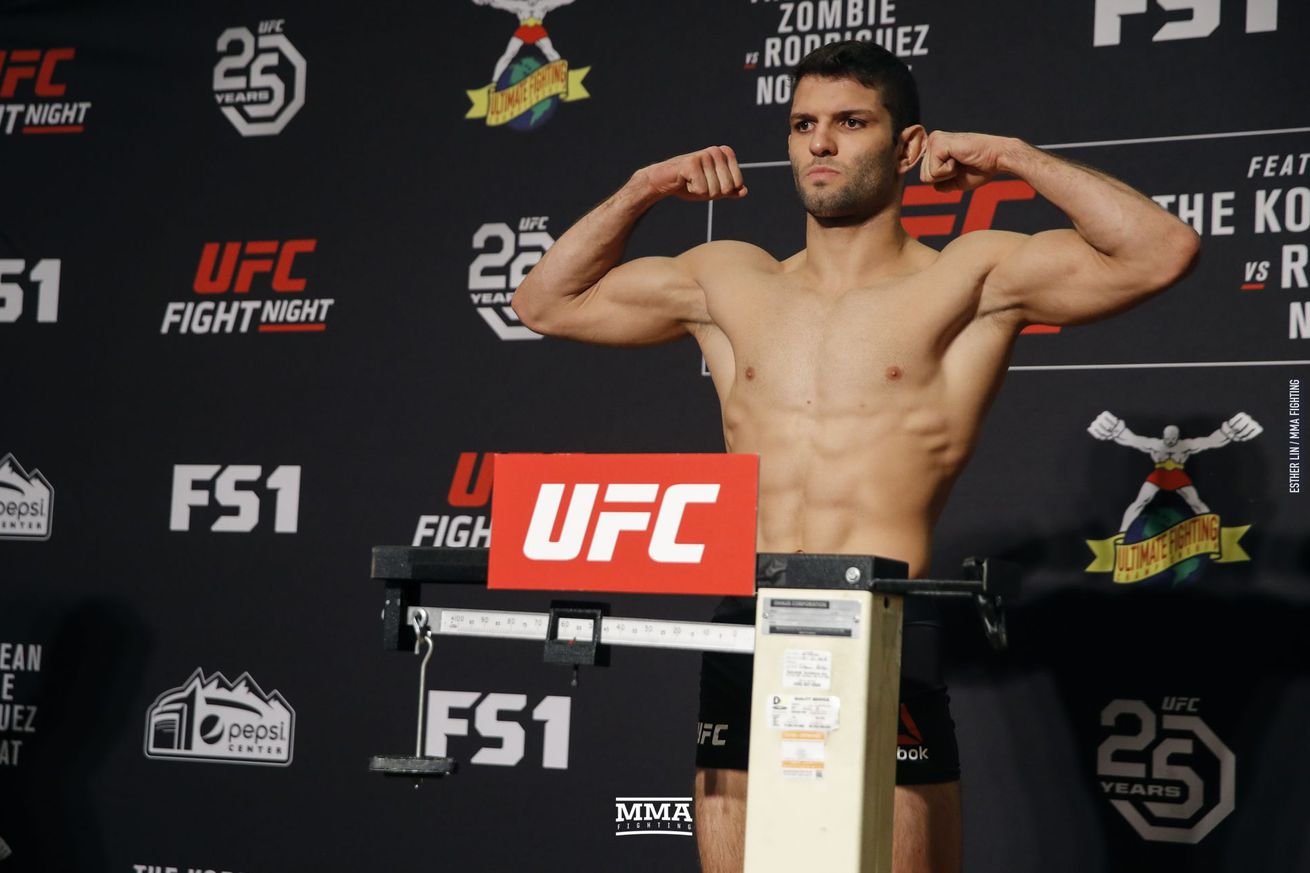 Bobby Green is on fire in 2020, and now goes for his fourth straight victory in just five months at Saturday night’s UFC Vegas 12. Thiago Moises, however, doesn’t think that much of his opponent’s current winning streak.

A former Resurrection Fighting Alliance lightweight champion, Moises submitted Michael Johnson in his most recent UFC bout in May, and had a fight with Jalin Turner cancelled in September after testing positive for COVID-19. On the other hand, Green was able to score a trio of decisions over Clay Guida, Lando Vannata, and Alan Patrick since Moises beat Johnson.

“Actually, not much,” Moises told MMA Fighting when asked whether or not he was impressed by Green’s past few wins. “He won against Clay Guida, who I believe already is in the end of his career. ‘Nuguette’ (Patrick), he won well, but Nuguette was away for two years. But I want to fight the best, that’s why I’m in the UFC.”

That doesn’t mean Moises is not happy with the matchup he was given. Quite the opposite, actually.

“I was really happy not only with the date but the opponent,” Moises said. “I was feeling great already (after COVID), asking them to schedule another fight for me, and I really like the opponent. He has a big name, he’s coming off three good wins, so it couldn’t have been a better opponent.

“I believe he’s a step that will take me to the top-15, but I also do believe that he’s one of the best fighters of the division.”

Moises was victorious in three of his five octagon appearances, including a first-round knockout over Gleidson Cutis at Dana White’s Contender Series in 2018. “King” Green competes in the eight-sided cage since 2013 and might have an advantage experience-wise, but Moises expects to turn the table with his well-rounded game.

“I believe I’m more complete as a fighter,” Moises said. “I have good punches and kicks on the feet, I have good takedowns too, and my jiu-jitsu definitely is better than his. I’ll explore all of that in this fight.”

Green-Moises will be featured in the main card portion of UFC Vegas 12 on Saturday, which airs live on ESPN+. Former UFC middleweight champion Anderson Silva headlines the event opposite Uriah Hall.