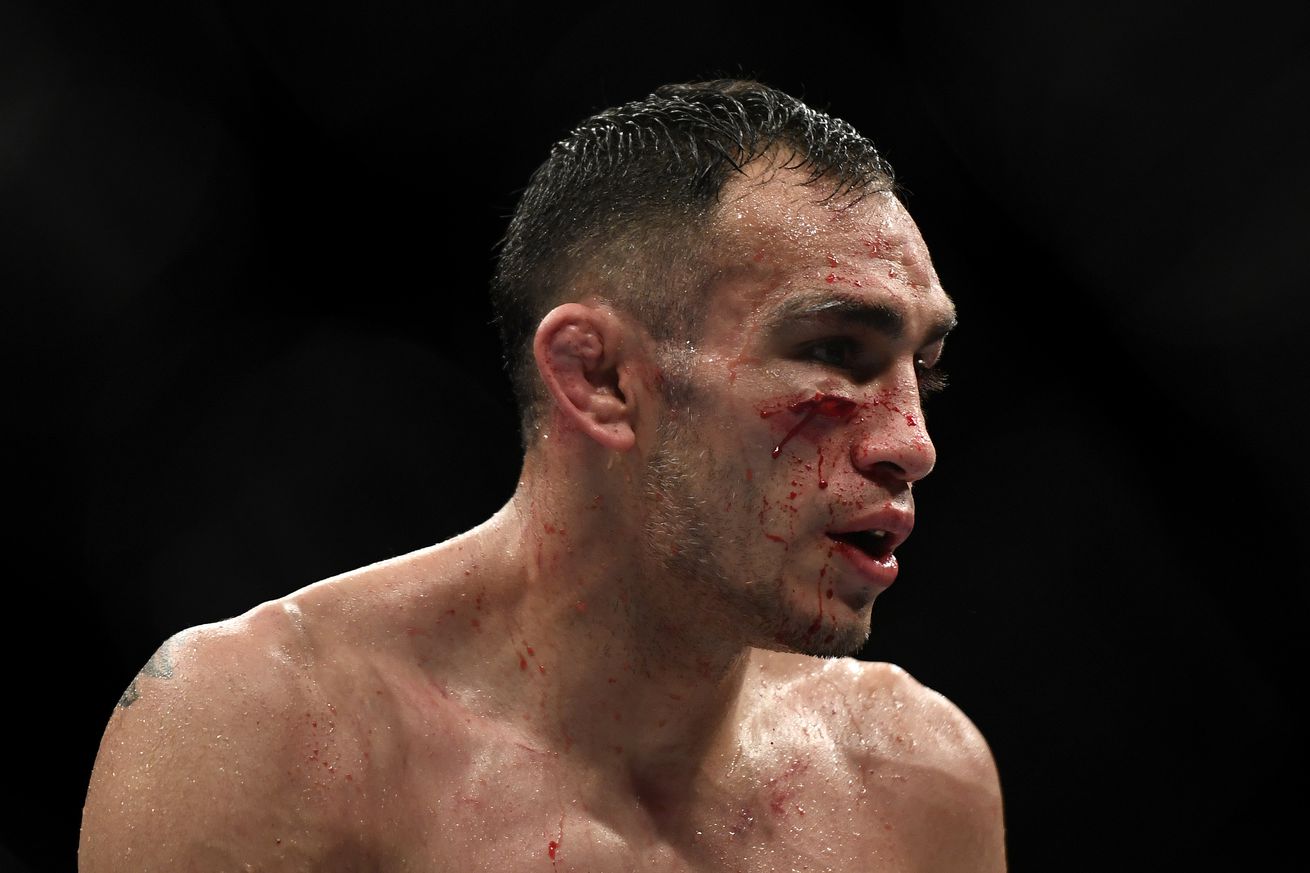 Tony Ferguson lashed out at Dustin Poirier and Conor McGregor over a proposed fight with an extra charity purse, calling Poirier a “sellout” and McGregor “an international terrorist” on Twitter.

Frustrated over inactivity, Poirier and McGregor agreed to a charity MMA match this past week, initially planning for a Dec. 12 date to be promoted by the former two-division champ’s promotion company. That shifted to an MMA fight in the octagon, McGregor wrote on Twitter, but only if the UFC could promote it before the end of the year.

Ferguson, himself left out of action after a fight with Poirier failed to materialize, was none too happy about his proposed opponent’s new plan.

What A Sell Out, Taking A Bribe From An International Terrorist. Good Job Kid. I Represent America. All That Talk About The Fight Game Only To Be Afraid & Be Left Behind Out Of The Loop. Take The Money & Be Proud Fake. pic.twitter.com/VpKamihpzI

Ferguson vented earlier this week about UFC President Dana White’s claim he “went dark” negotiating a fight with Poirier at the Oct. 24 pay-per-view event, only to see ex-Bellator champ Michael Chandler get a lucrative offer to be a backup opponent for the lightweight title unifier between champ Khabib Nurmagomedov and Justin Gaethje.

“I said it was a tournament,” Ferguson told ESPN. “Now you’re adding in people. Alright, cool. Here we go again. Today marks the celebration, right? Yeah, Khabib and McGregor. F*ck them. That wouldn’t have happened unless they stripped my belt. So, f*ck you. Pay me instead of this (expletive) clown.”

Ferguson’s most recent appearance, which came at UFC 249 in May, ended in heartbreak when he was dominated by Gaethje in a bout for the interim title. Gaethje’s win scuttled a long-anticipated showdown between Ferguson and Nurmagomedov, who’ve been booked five separate times against each other only to see each one canceled. Nurmagomedov originally was slated as Ferguson’s opponent at UFC 249 before the COVID-19 pandemic left him unable to travel out of his native Russia.