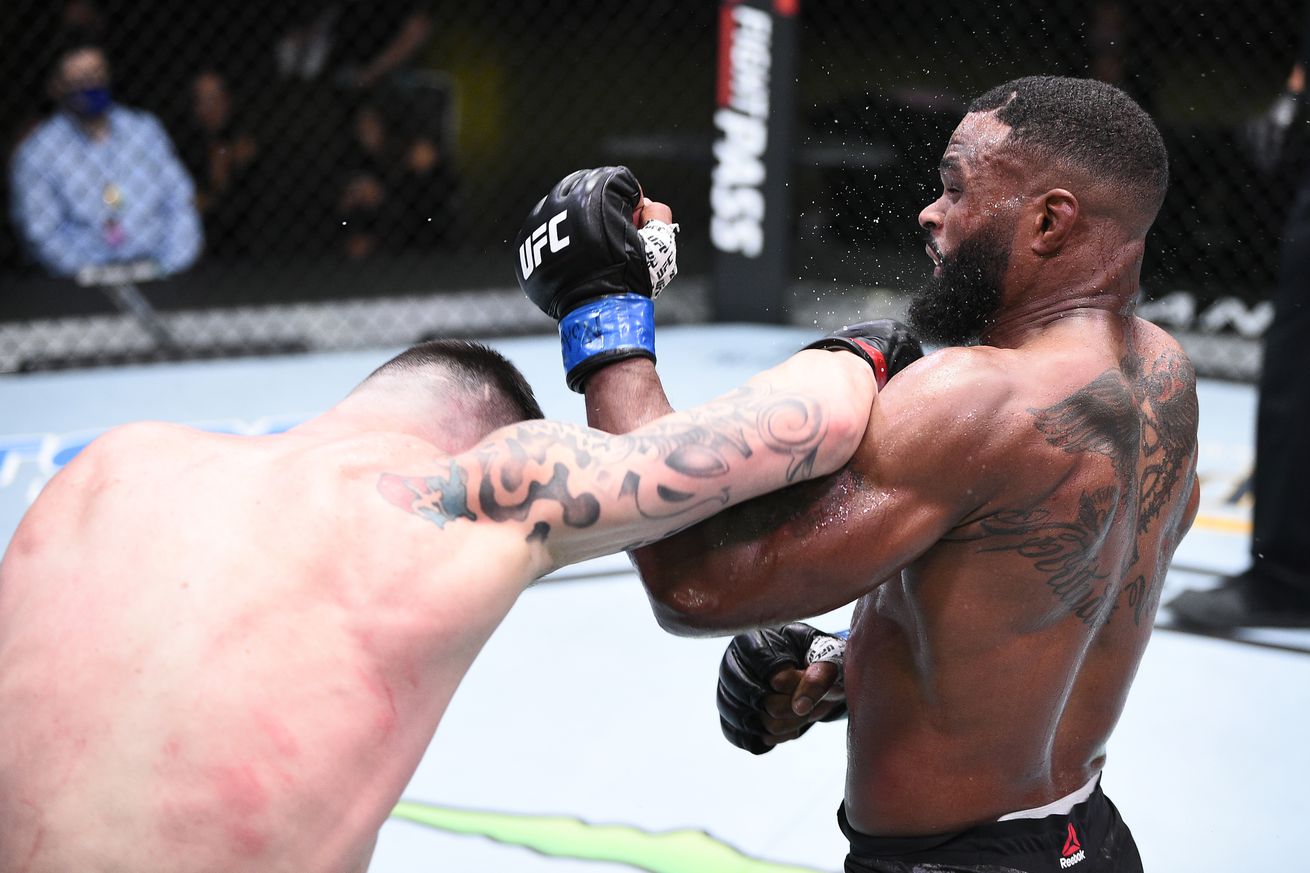 Tyron Woodley is down, but he’s not out.

The former welterweight champion took to Instagram on Monday to address his fans after suffering a broken rib in his fifth-round TKO loss to Colby Covington at UFC Vegas 11. It was a particularly hard pill to swallow considering the disdain shared between the fighters over the past few years.

To make matters worse, Woodley has now suffered three losses in a row to Covington, Kamaru Usman and Gilbert Burns without winning a single round in any of those fights.

Obviously, Woodley wasn’t happy with his performance. But the 38-year-old veteran promises that his career isn’t coming to an end despite the latest setback against Covington.

“I’m not retiring – I’m not giving it up,” Woodley said on Instagram Live despite still being in obvious pain from Saturday’s fight. “I’m not switching all my coaches up. I’m not changing the continent I live on. I’m not doing all that.

“Some sh*t didn’t happen and guess what? I don’t know why it didn’t happen. I did everything to make it happen. Now we just take a deep breath and see what’s next.”

Woodley was down on all the scorecards heading into the fifth and final round when he went for a guillotine choke after Covington secured a takedown. Just as Covington moved to switch positions to get out of the submission, Woodley let out a loud scream to stop the fight as the referee rushed into prevent him from taking further damage.

A scan at the hospital later that night showed Woodley suffered a broken rib during the fight.

While Woodley is already proclaiming his intention to compete again, UFC president Dana White disagrees with that decision after seeing the former champion come up short in three consecutive bouts.

“I think that he should start thinking about hanging it up,” White said during the UFC Vegas 11 post fight press conference. “He’s had a great career, he’s had a great run. He’s made money.”

Woodley seems to disagree with the UFC president, but it remains to be seen what his future will be following this latest defeat.