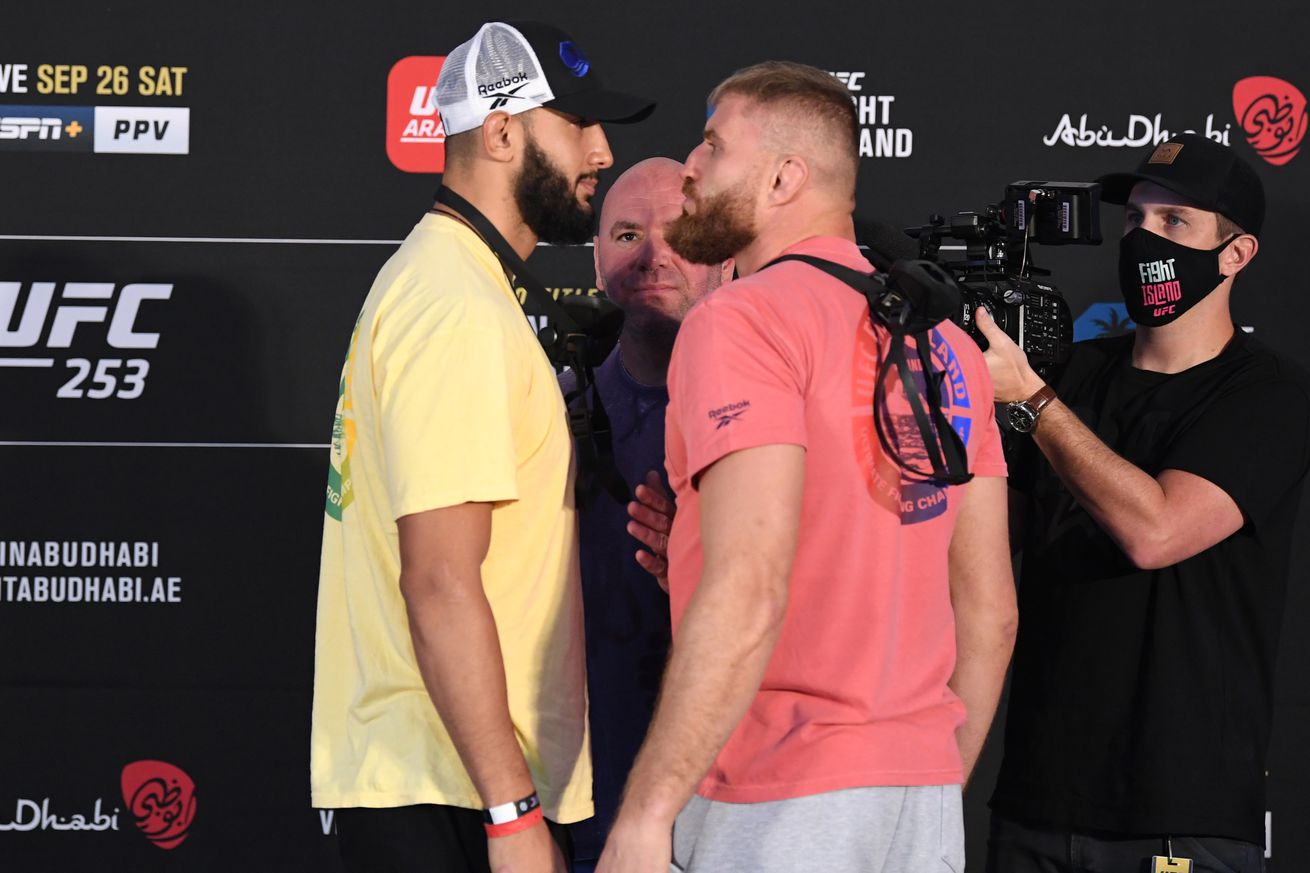 This is the UFC 253 live blog for Dominick Reyes vs. Jan Blachowicz, the light heavyweight title co-headliner headliner for Saturday’s fight card on Fight Island in Abu Dhabi.

Not long ago, this clash of top-tier light heavyweights might have been a title eliminator for the right to face dominant champ Jon Jones. But after a lengthy fight over pay with the UFC over pay, Jones vacated his title, leaving the strap up for grabs and Reyes and Blachowicz in prime position to capitalize. For Reyes, it’s a chance at redemption after a heartbreaking loss to Jones in his previous bout where one judge declared him the winner. Blachowicz, meanwhile, aims to find his competitive summit after a career turnaround that’s seen him win seven of his past 8, most recently with a knockout of Corey Anderson that got a cageside Jones’ attention.