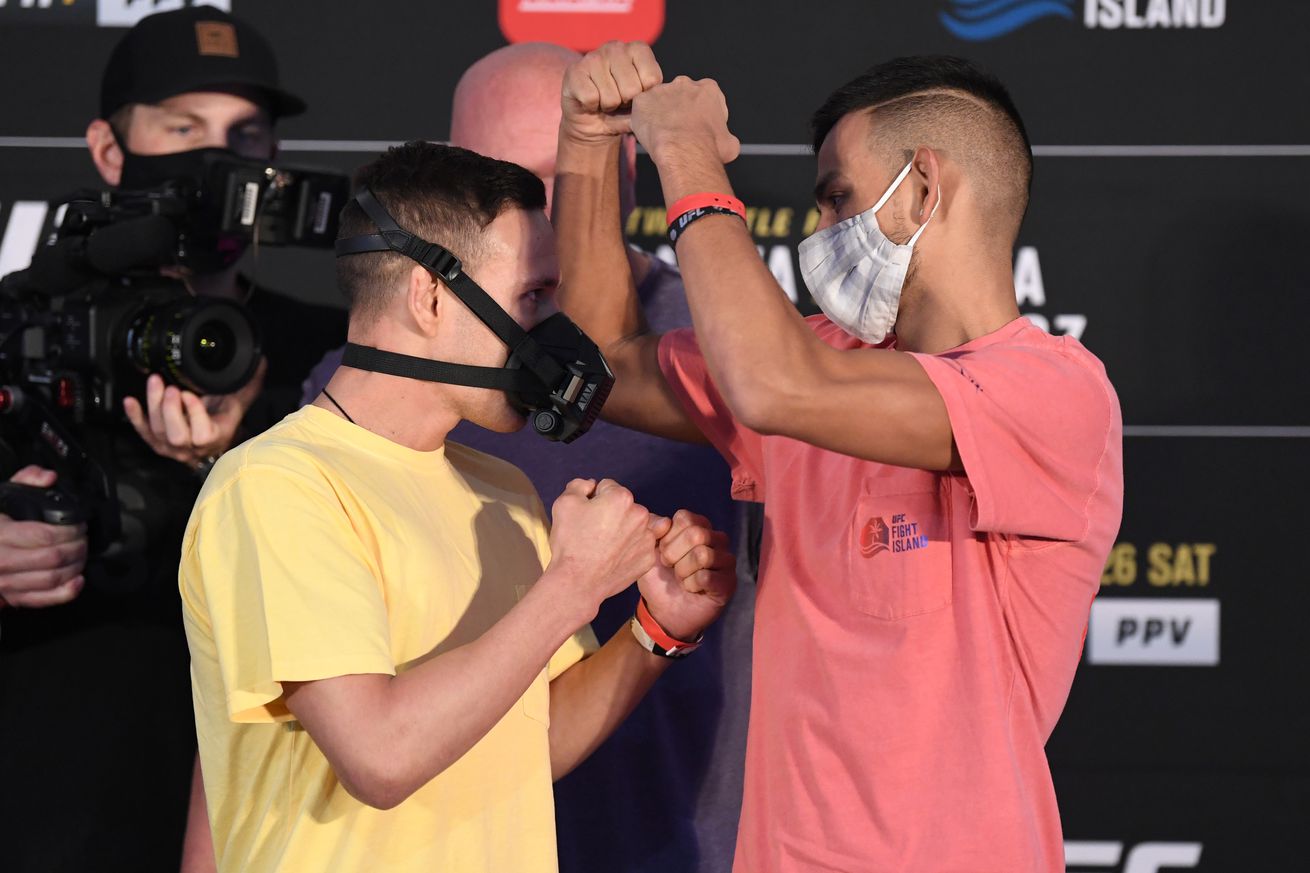 This is the UFC 253 live blog for Kai Kara-France vs. Brandon Royval, a flyweight main card bout on Saturday’s fight card on Fight Island in Abu Dhabi.

Kara-France, a standout from the City Kickboxing team repping hard at UFC 253, makes his sixth appearance in the octagon after rebounding from his first promotional setback in a decision loss against Brandon Moreno. A decision win over Tyson Nam put him one step closer to the flyweight title shot he’s coveted. Hoping to deny the New Zealander is Royval, who made a big splash in his octagon debut by submitting one-time title challenger Tim Elliott. A former flyweight champ in LFA, Royval has won six of his past seven bouts and stopped four of his opponents. The 28-year-old recently quit his job as a school security guard to fight full time, so this will be an important career test.