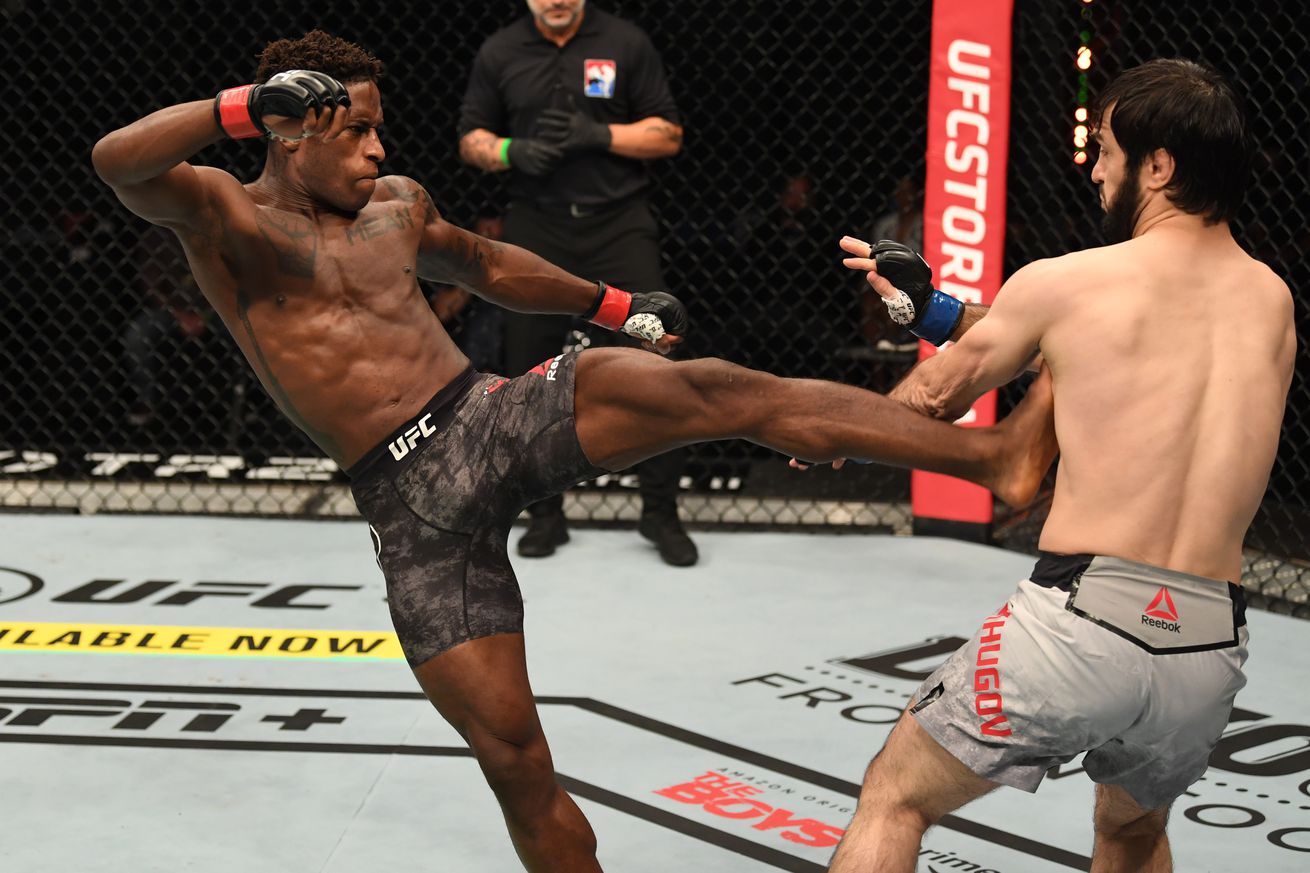 Hakeem Dawodu wasn’t happy with his opponent’s game plan but ultimately he still walked out of UFC 253 with his fifth win in a row overall.

The streaking featherweight showcased a diverse striking arsenal, good conditioning and solid takedown defense to better Zubaira Tukhugov by split decision in the kickoff fight for the pay-per-view main card on Saturday night.

After three rounds, the judges scored the fight 30-27 and 29-28 for Dawodu while the third official gave it to Tukhogov with a 29-28 score in his favor.

“I thought it was going to be a good fight but as everybody can see, he was running,” Dawodu shouted after the win. “I promise the next fight, give me somebody that ain’t gonna run.”

There was a lot of respect shown from both fighters on the feet after the action got started with Tukhugov and Dawodu measuring each shot thrown. While there weren’t many big exchanges, Tukhugov did manage to crack Dawodu with a couple of stiff punches that backed off the Canadian fighter.

The second round saw Dawodu pick up his pace while looking for more combinations, displaying fast hands and feet. In return, Tukhugov was thrown with power behind every punch as he sought to take off Dawodu’s head to end the fight in a knockout.

While Dawodu was putting together a better volume striking attack, Tukhogov decided to counter by bringing the fight down to the ground where he out muscled his opponent and maintained control on the mat.

After finding success with his takedown, Tukhugov decided to turn to his wrestling with five minutes remaining but Dawodu was largely able to stay out of his grasp. That allowed Dawodu to then begin marching forward while Tukhugov was content going backwards, which may have been the difference in the fight.

Dawodu then turned up the pressure by digging to Tukhogov’s body and then going back up top to the head. As time was ticking away, Dawodu was shouting at Tukhugov in an attempt to engage him but the fight ended before any real damage could be inflicted.

@MeanHakeemKo sounded OFF to close RD 3.

In the end, Dawodu got the split decision victory as he moves to 5-1 overall in the UFC while making a steady climb towards the featherweight top 15 rankings.