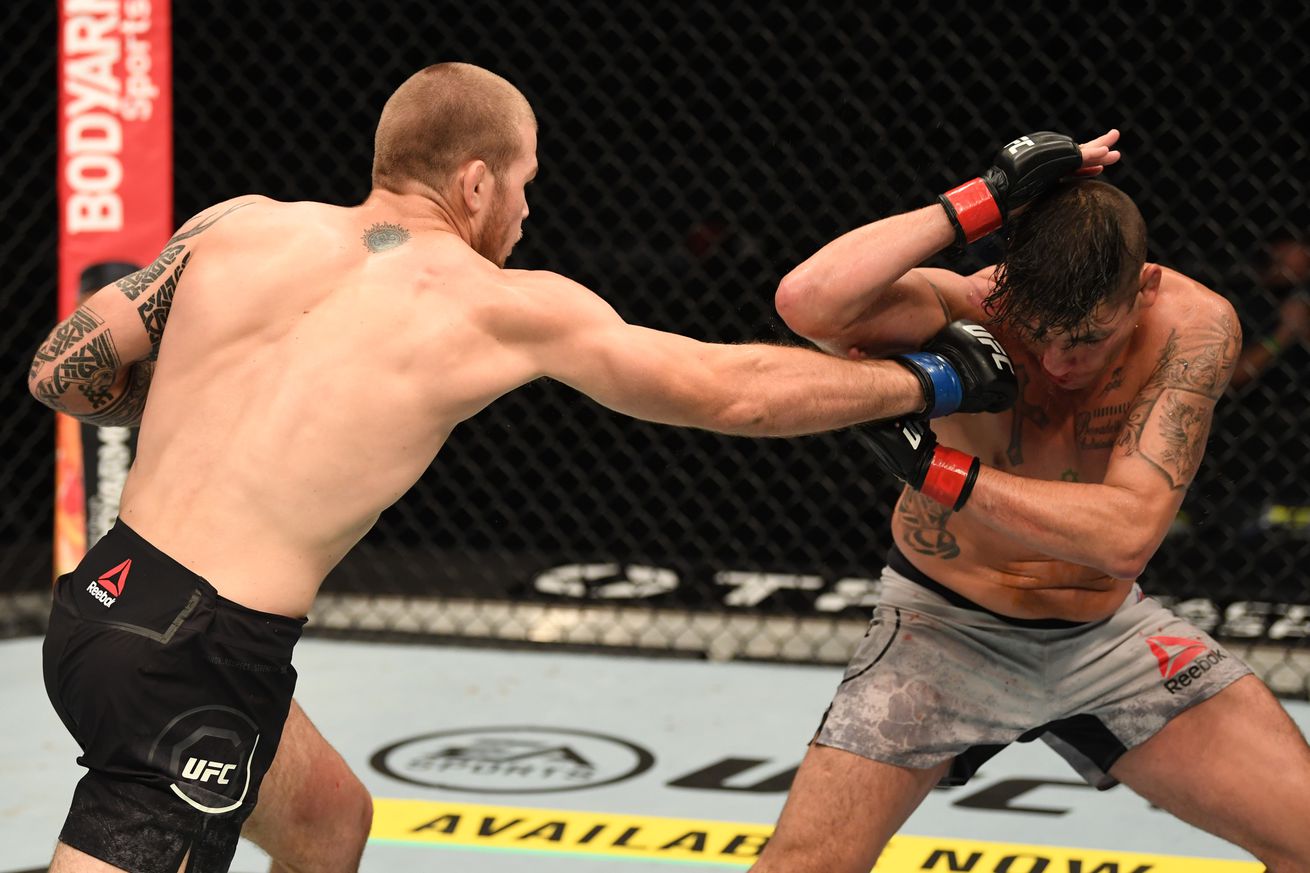 Jake Matthews grew up watching Diego Sanchez as a kid but now he holds a win over the UFC Hall of Famer.

Over three rounds, Matthews battered and bloodied Sanchez on the feet and on the ground to win a lopsided decision to notch his third straight victory in a row overall. When the fight ended, the judges all scored the fight 30-26 for Matthews.

Matthews was fast on his feet throughout the first five minutes as he stayed patient with his combinations, tagging Sanchez with several stinging right hands. While the action was slow-paced, Matthews was smart to pick his shots on the feet and then avoiding Sanchez whenever he rushed forward with a flurry.

With less than a minute remaining in the first round, Matthews took Sanchez to the mat and unloaded a pair of heavy punches that appeared to rattle the Ultimate Fighter season 1 winner just before the horn sounded.

After he was urged to stay on the attack from his corner, Sanchez began moving forward with more aggression but Matthews made him pay for it with better accuracy including one stiff uppercut that snapped the New Mexico native’s head back and bloodied his nose.

Already up on the scorecards, Matthews cracked Sanchez with a hard right hand at the start of the third round that dropped the 38-year-old veteran to the ground. Matthews looked for a finish including a follow up punch that opened a gruesome cut over Sanchez’s eye that began pouring blood onto the canvas.

Even as he was eating a series of hammer fists, Sanchez was still looking for submissions on the ground including an armbar but Matthews was able to stay out of trouble until the fight came to an end.

Afterwards, Matthews left it up to the UFC matchmakers to pick his next opponent as he looks to build on a 6-1 resume in his past seven fights.

“If we could push towards a top 15 ranked spot, that’d be awesome,” Matthews said. “If not, give me another legend. I’ll have to change my nickname to the legend killer.”

As for Sanchez, he falls to 1-2 in his past three fights with his only win coming by disqualification after eating an illegal shot from Michel Peireira back in February.