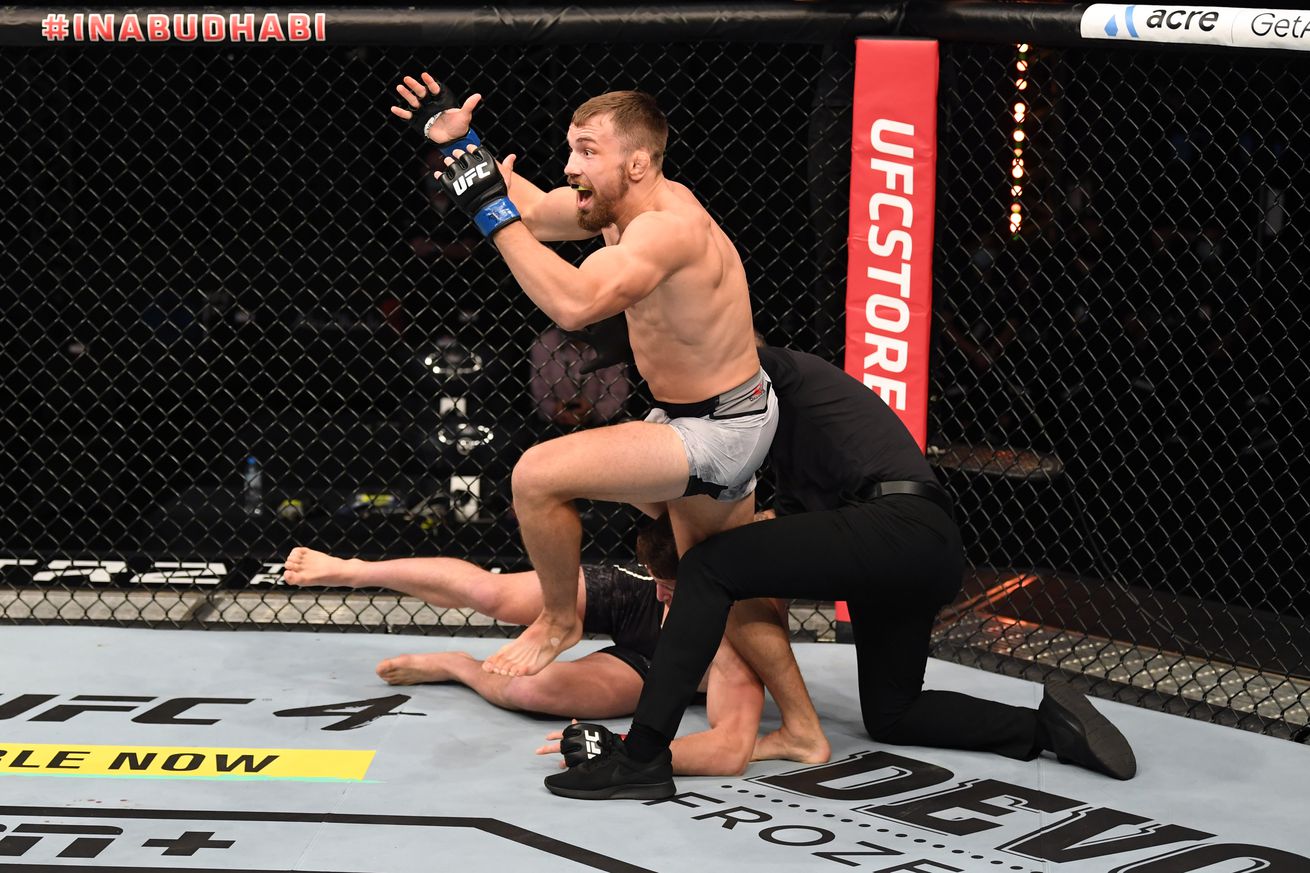 Slovakian UFC newcomer Ludovit Klein made a splash in his octagon debut, stopping Shane Young with a head kick and flurry of punches to earn a stoppage just 76 seconds into their UFC 253 preliminary-card bout.

Klein, a national boxing champ in his home country, cracked Young with a jab in the early goings of the fight, then slapped Young with a head kick. Young had a hand up, but he wasn’t prepared for an uppercut that sent him to the canvas. Follow-up shots forced referee intervention at 1:16 of the first round.

It was Klein’s eighth straight victory and first in the UFC after stepping in on short notice for Nate Landwehr, who was forced to withdraw from the card in Abu Dhabi. Klein missed weight for the bout, coming in at 150 pounds and ceding a portion of his show purse to his opponent.

Were he not barred from a bonus, Klein might have picked up an extra $50,000. As it stands, he’ll get his UFC career started on a high note. Young, the first of four City Kickboxing fighters on Saturday’s fight card, sees a two-fight win streak snapped.