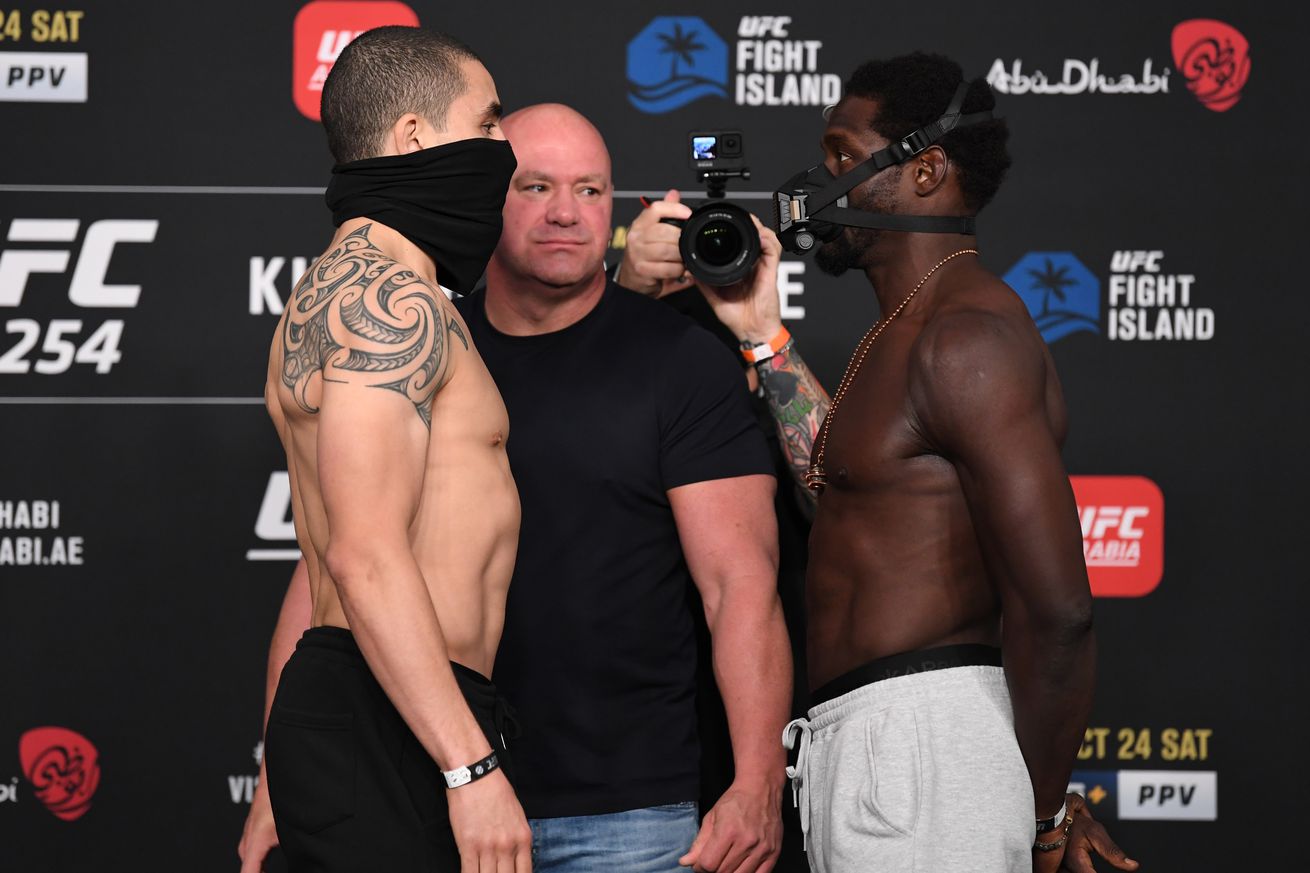 This is the UFC 254 live blog for Robert Whittaker vs. Jared Cannonier, the heavyweight co-main event on Saturday’s main card on Fight Island in Abu Dhabi.

Whittaker (21-5) has won four of his last five fights. In his last trip to the Octagon, he defeated Darren Till via unanimous decision at UFC on ESPN 14 this past July.

The fight carries potential title implications. Current champion Israel Adesanya wants to face Cannonier if former champ Whittaker falls. It’s unclear what the future holds for Whittaker in the event he stops Cannonier’s momentum. The Aussie champ’s only loss at middleweight is against Adesanya, who most recently stopped Paulo Costa and called his shot on the next title defense.

Catch the UFC 254 live blog below: