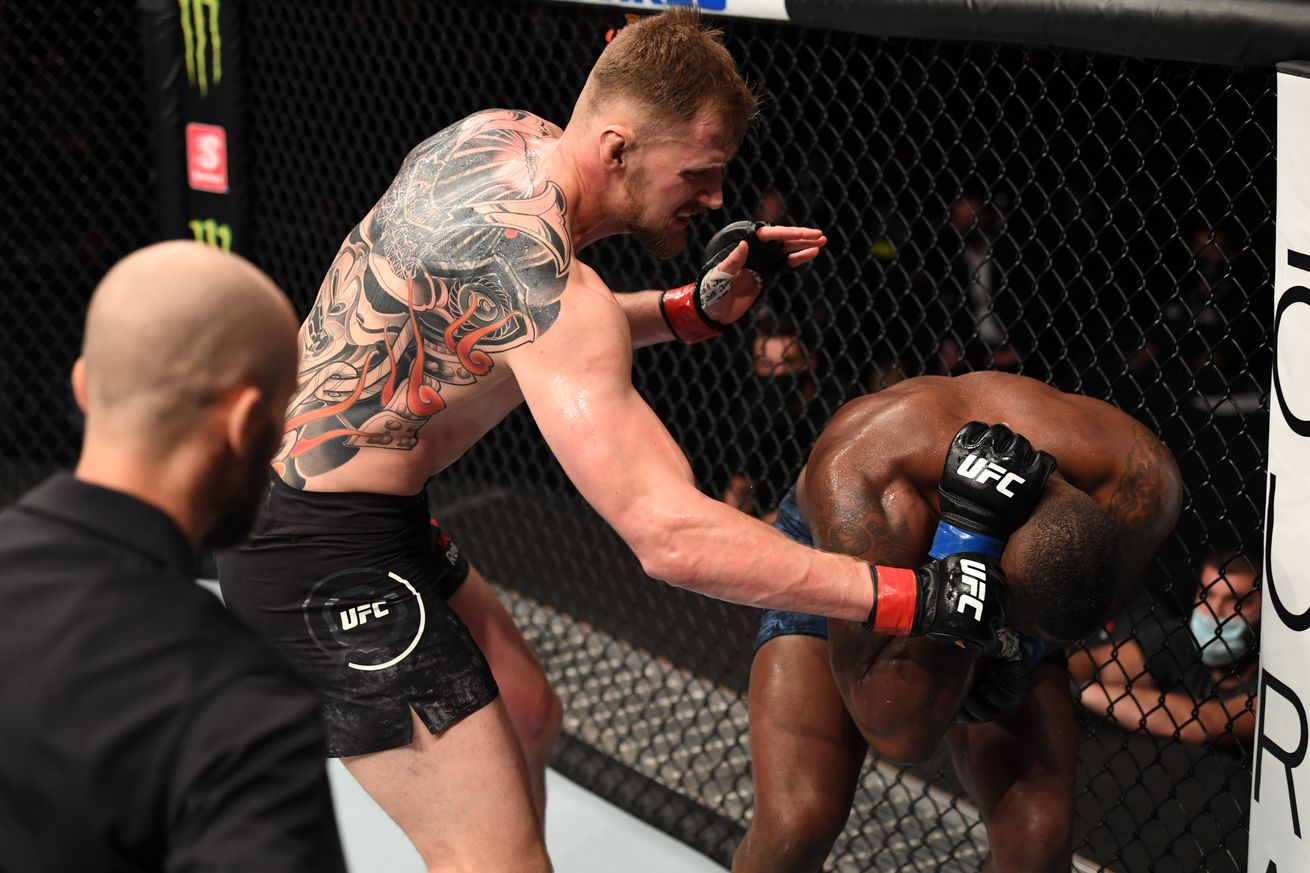 Alexander Volkov has plenty of power in his hands but a front kick to the body helped him put the finishing touch on his fight at UFC 254.

Coming off a loss to Curtis Blaydes in his last outing, the Russian looked better than ever in his return to action as he showcased a technical kickboxing game to out duel Walt Harris on the feet throughout the first round. Volkov then connected with the kick to Harris’ midsection that dropped him to the ground and ultimately led to the end of the fight at 1:15 into the second round.

“I’m feeling great,” Volkov said about his win. “I’m ready for the new challenge. Now for me, staying here in top 10 for a long time and I will go for that belt.”

Volkov was technical and accurate with his striking throughout the opening round as he marched forward and threw straight punches to keep Harris at distance. A left jab from Volkov caught Harris off guard during one exchange, which then allowed the Russian to open up with a flurry of punches as he sought to get the finish.

Harris survived to make it to the second round but he just couldn’t stave off Volkov’s striking, which led to the finish.

After targeting the head for much of the fight, Volkov then decided to go to the body with the front kick as his toes dug into Harris’ belly.

Harris immediately winced in pain before falling down to the canvas, which forced the referee to intervene and stop the fight.

Bouncing back and forth between wins and losses over his past four fights, Volkov is now seeking to build some momentum while mentioning names such as Alistair Overeem, Junior Dos Santos or Jairzinho Rozenstruik for his ideal next opponent.