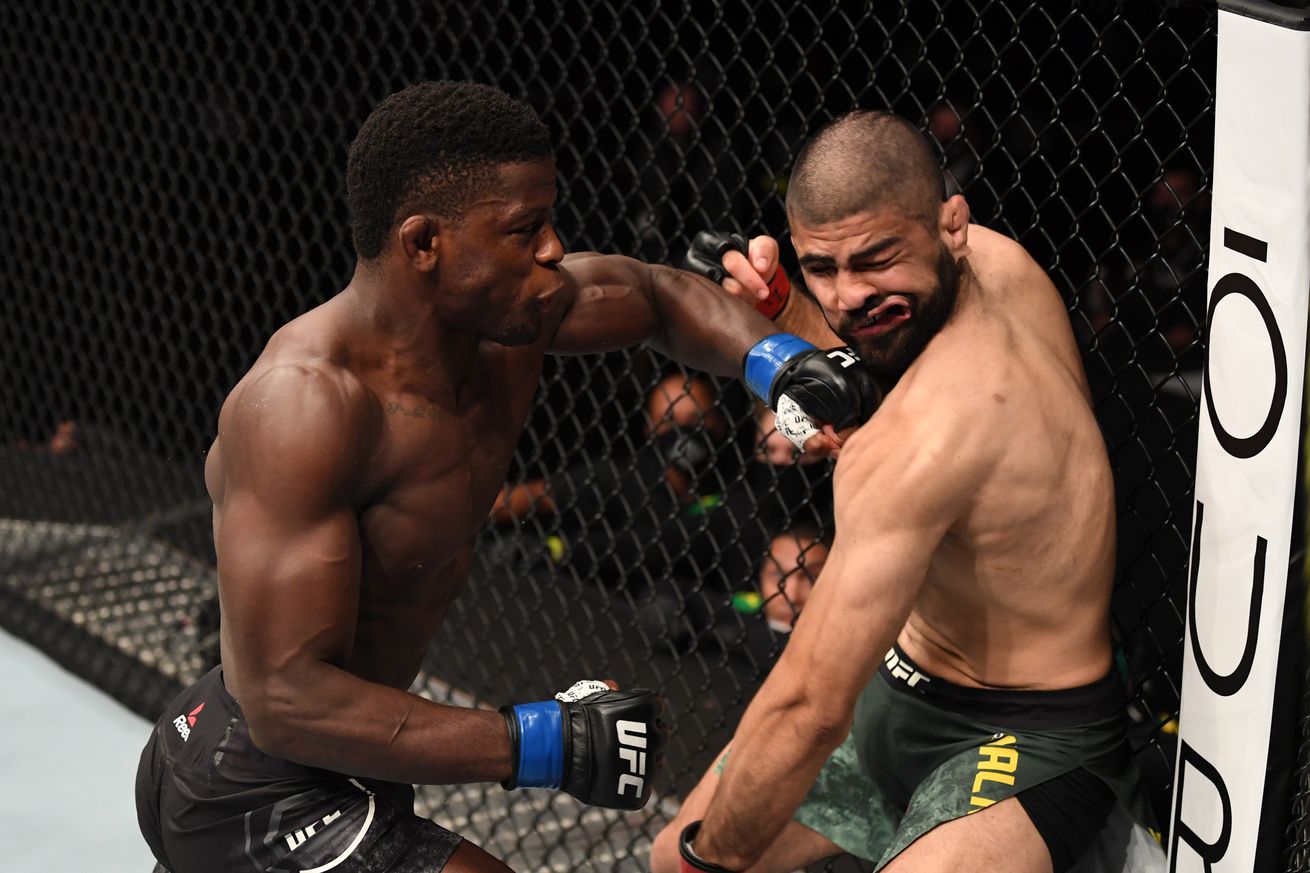 Phil Hawes has been labeled one of the top prospects in the sport for several years and he certainly delivered a memorable UFC debut on Saturday.

After a long road to finally earn his first shot in the octagon, Hawes made the most of his opportunity as he ran through Jacob Malkoun with a blistering 18-second knockout on the UFC 254 main card.

The action had barely gotten started with Hawes connected with a punch that immediately rattled Malkoun and put him on wobbly legs. Seizing on the opening, Hawes just continued firing punches in succession until Malkoun just slumped face first down on the canvas as the referee rushed into stop the fight.

“I feel great, I feel awesome,” Hawes said following the win. “It was cool. I just knew if I land, someone was going to sleep. I landed.”

An incredible debut for @PhillipHawes5!

After previously training with Jon Jones early in his career, Hawes was anointed the future of the sport but he struggled to live up to expectations with so much pressure weighing down on his shoulders.

A little more time and experience definitely paid off as Hawes finally made his way to the UFC and now he can add an 18-second knockout to his growing resume.