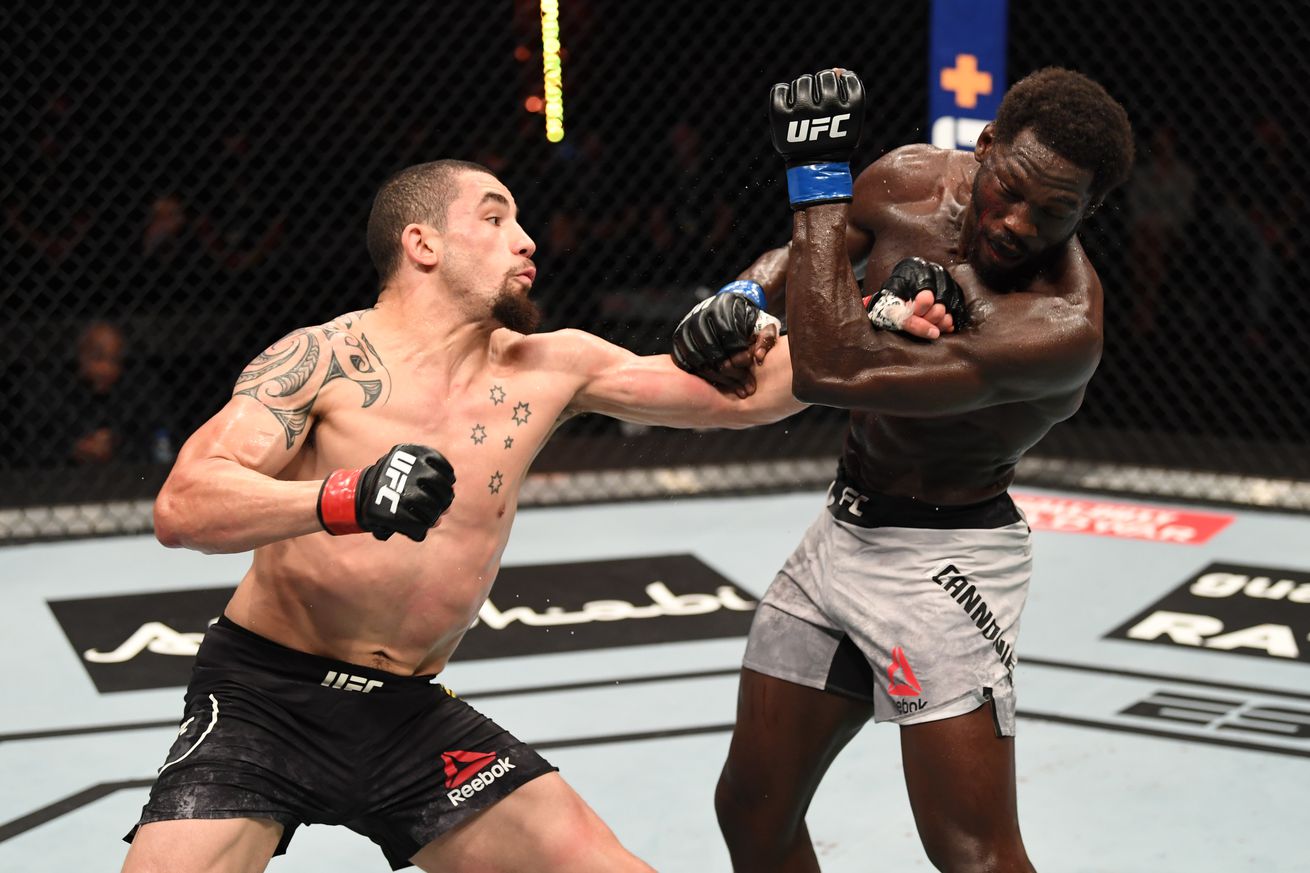 Robert Whittaker proved yet again at UFC 254 why he’s the No. 1 ranked middleweight contender in the world.

The former champion put on a technical striking showcase to avoid Jared Cannonier’s power for the better part of all three rounds before earning a unanimous decision in the co-main event on Fight Island. The judges all scored the fight 29-28 with Whittaker earning his second straight win after defeating Darren Till back in July.

“I’m very happy,” Whittaker said. “Obviously we got the result we wanted. It was a good fight, he’s a tough guy.”

The middleweight clash was really a display of speed and accuracy against a whole lot of power as Whittaker was fast with his hands and feet while Cannonier was looking for the knockout with almost every shot thrown. While Whittaker was connecting with better volume, Cannonier fired back with a series of thudding leg kicks that left a serious mark behind the former champion’s knee.

As time passed, Whittaker really started to establish his lead jab, which Cannonier was struggling to avoid. Whittaker continuously flicked out the jab and the straight punches were giving Cannonier problems as he looked for a way to counter.

While the leg kicks were still paying dividends for Cannonier, he just couldn’t keep up with Whittaker’s pace where he was throwing and connecting with much more regularity.

With Cannonier trying to find an answer to the punches, Whittaker set up a beautiful combination that he capped off with a staggering head kick. The shot glanced off Cannonier’s head and he was immediately rattled but he managed to survive the subsequent onslaught.

As the final round was coming to a close, Cannonier cracked Whittaker with a hard punch that wobbled the former champion momentarily but he wasn’t able to capitalize. The fight ended with both fighters launching shots at each other as the middleweights left everything in the cage.

After losing his title to Israel Adesanya almost exactly one year ago, Whittaker has now dispatched two top ranked middleweights in a row. With these past pair of performances, Whittaker may be looking at a rematch with Adesanya once both fighters are ready to return in 2021.