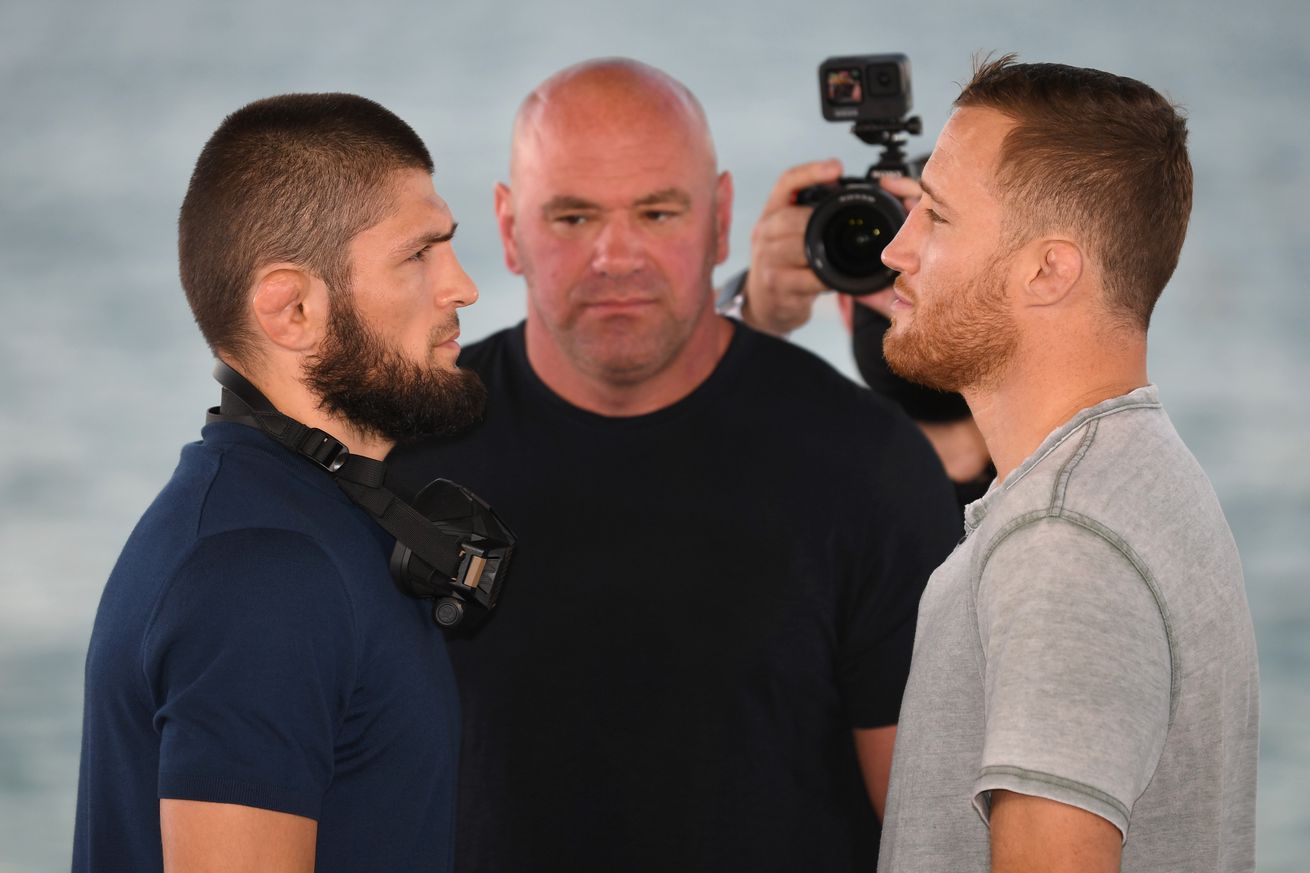 The UFC 254 start time and TV schedule for the Khabib Nurmagomedov vs. Justin Gaethje event at the Flash Forum in Abu Dhabi, United Arab Emirates on Saturday night is below.

The fight card is broken into three different parts and airs on two different mediums. This post will help explain which fights are airing where and at which times.

The card kicks off with a six-bout preliminary card on ESPN+ at 11 a.m. ET.

The card then switch to ESPN2 but will continue to stream on ESPN+ at 12 p.m. ET.

The six-fight main card will be televised on ESPN+ pay-per-view starting at 2 p.m. ET.