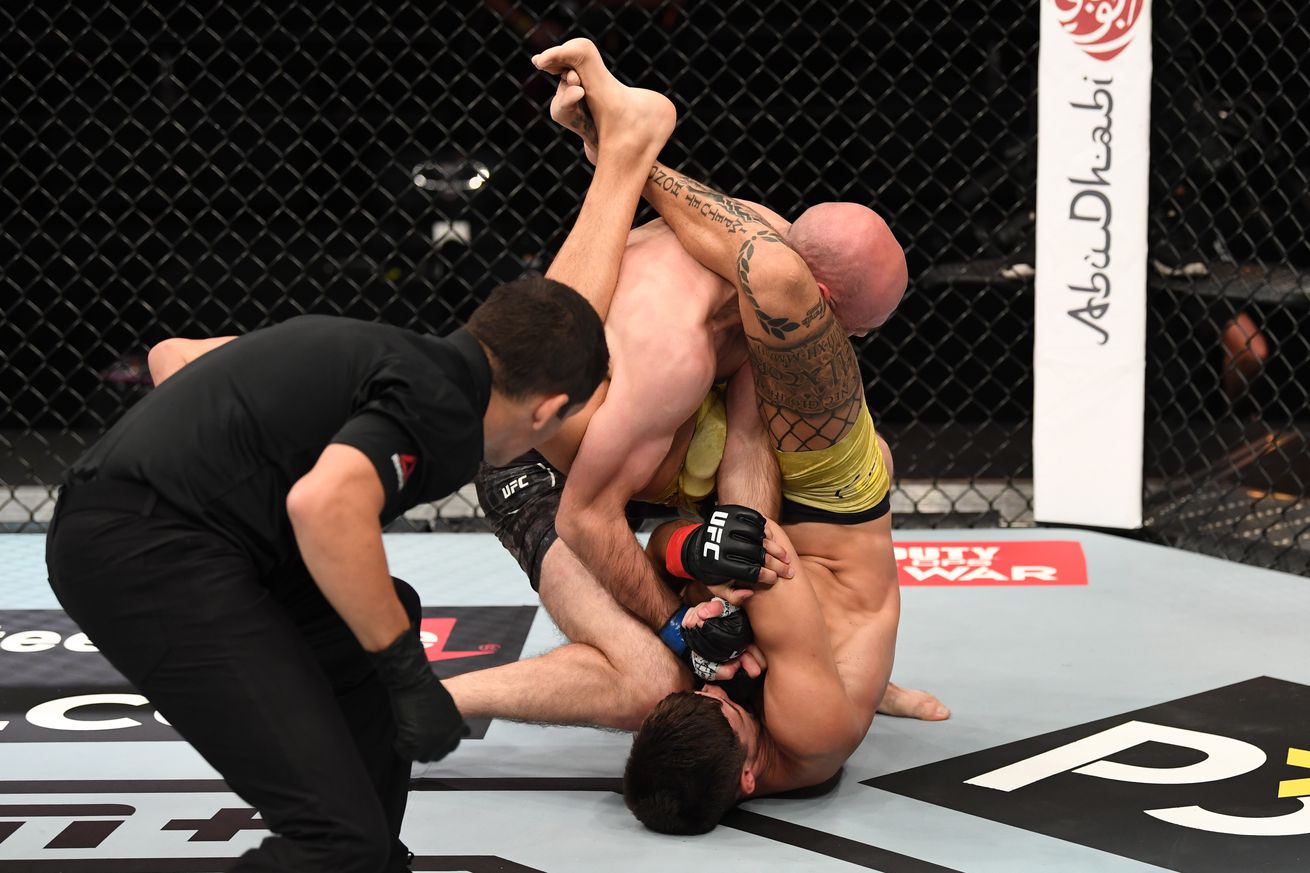 Joel Alvarez kicked off the UFC 254 fight card in style.

The 27-year-old took on longtime veteran Alexander Yakovlev in the event’s opening preliminary fight on Fight Island in Abu Dhabi. The fight hit the mat early and Alvarez locked in a tight guillotine attempt that Yakovlev was able to escape.

While Yakovlev was looking to land some ground and pound, and improve position, Alvarez slickly transitioned to an armbar that led to a tap at the three-minute mark.

El Fenomeno showing off his solid ground game at #UFC254.

Regardless of how the rest of Saturday’s card plays out, Alvarez will not be eligible for a performance bonus after missing weight by 3.5 pounds.

After dropping his first octagon appearance to Damir Ismagulov in February 2019, “El Fenomeno” has finished his last three, which includes a second-round TKO of Danilo Belluardo, and a first-round submission of Joseph Duffy in July during the promotion’s first trip to Fight Island.

Yakovlev has now lost two straight, and four of five.