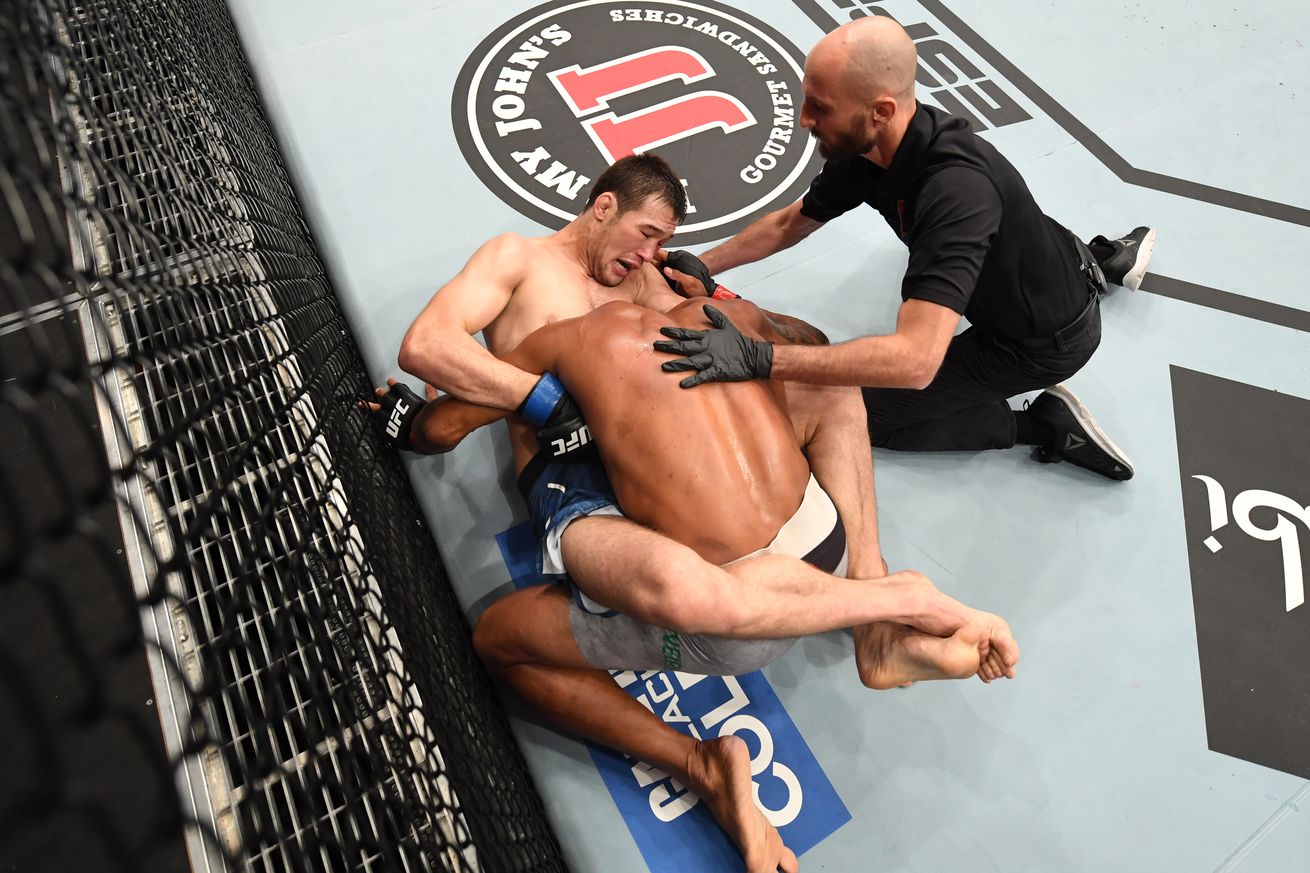 Shavkat Rakhmonov took out octagon veteran Alex Oliveira with relative ease in his UFC debut, slapping on a guillotine choke that produced a tap at the 4:40 mark of the opening round.

Oliveira had settled into the clinch after taking a hard knee to the gut from the Dagestani prospect. But he failed to protect his neck as Rakhmonov jumped into a guillotine and headed to the mat. With the submission secure, there was no other option but to give up.

Shavkat Rakhmonov locks up the guillotine!

Oliveira, who missed weight by two pounds for the bout and was fined 20 percent of his purse, talked tough before the fight about the UFC newcomer. The Brazilian vet claimed a meeting at the host hotel left Rakhmonov shaken about his chances.

The exact opposite was true when they met in the cage. Aside from a right hand Oliveira quickly snuck in during the first few seconds of the bout, Rakhmonov, a former M-1 champ, looked like a seasoned pro.