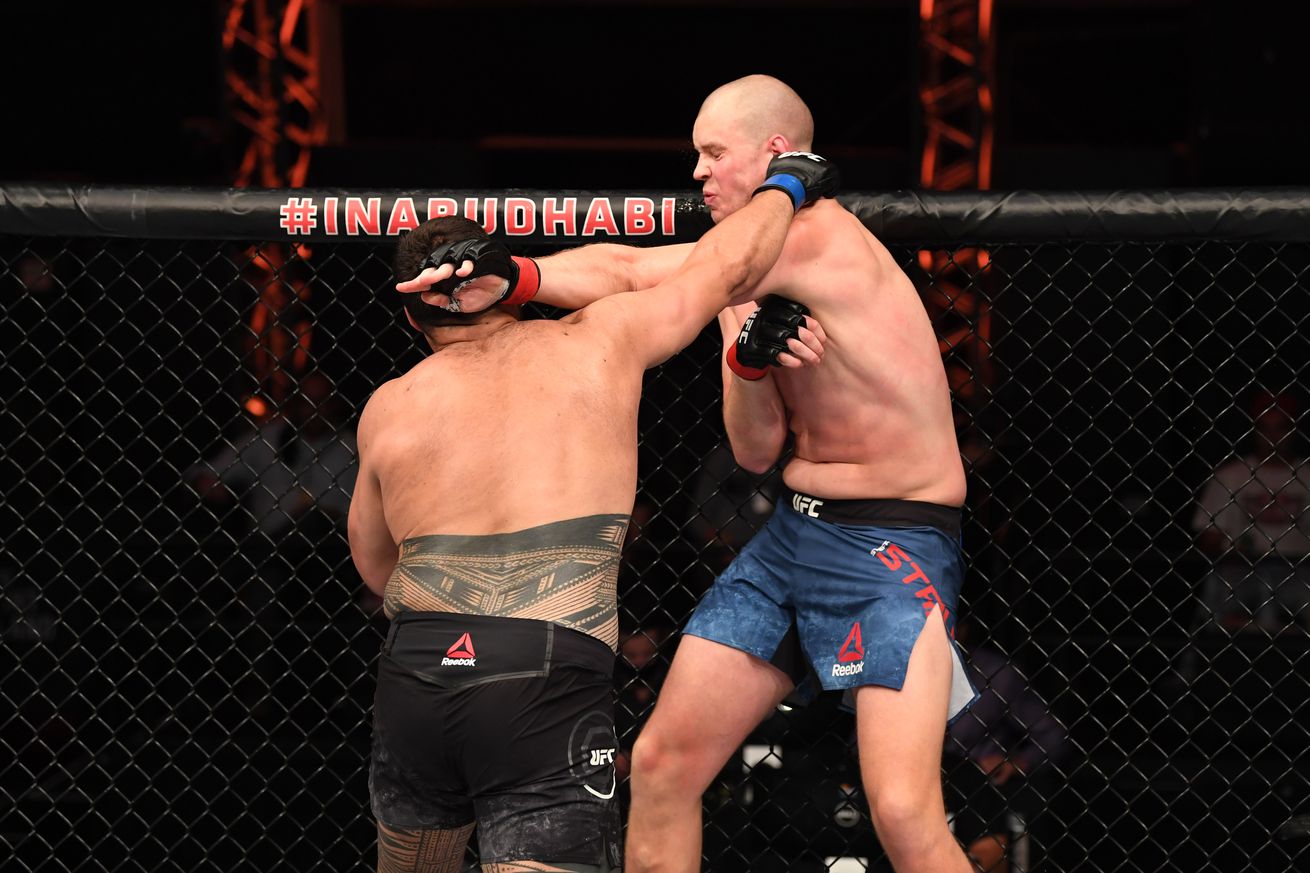 It’s been over two years since Tai Tuivasa stood in the winner’s circle but the Australian heavyweight returned with a force in the featured preliminary bout at UFC 254.

Following three straight losses, Tuivasa definitely had his back against the wall heading into Saturday but he delivered in a major way as he closed the distance on Stefan Struve and unloaded with a barrage of punches that brought an end to their fight.

As Struve crumbled to the ground, the referee rushed into rescue him as Tuivasa began celebrating his victory in Abu Dhabi. The official end time was 4:59 in the first round.

“It’s been a while. It’s good to be back,” Tuivasa said afterwards. “Honestly, [the losing streak] makes me work harder. Obviously you have that in the back of your head. Good to win.”

As soon as the fight got started, Tuivasa made it his mission to shut down the significant height and reach advantage that Struve had over him. Again and again, Tuivasa pressed forward, pushing Struve against the cage as he started loading up on his punches.

It was a combination that included a couple of shots to the body as well as a nasty uppercut that finally put Struve down and out for good.

At 27, Tuivasa still has plenty of time to grow as he continues to learn and evolve in the UFC but the knockout over Struve had to feel good following a tough run in his previous three performances.