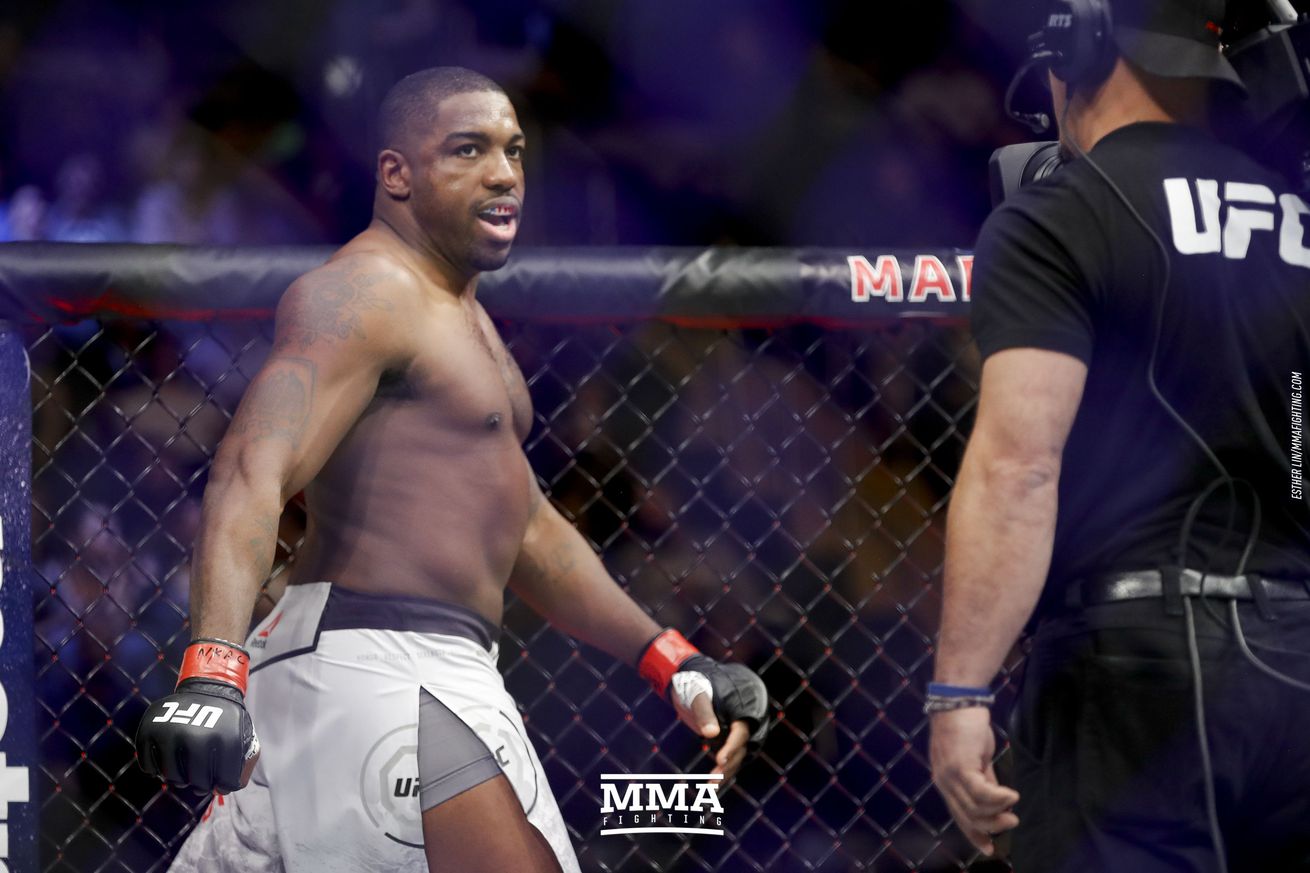 No one could possibly blame Walt Harris for his emotional state heading into a fight against Alistair Overeem back in May.

The veteran heavyweight competed for the first time following the tragic murder of his stepdaughter Aniah Blanchard, and the circumstances surrounding his fight against Alistair Overeem was unlike anything he had ever experienced before.

Never one to make excuses, Harris had no intentions of backing out of the fight, or not showing up to put on the best performance possible, but he’s cognizant enough to know he was far less than his best that night.

“I’m definitely in a different place emotionally going into this one,” Harris told MMA Fighting during the UFC 254 media day on Tuesday. “Cause it’s not per se about returning and the comeback and the build up from everything that I was going through at that point in my life and frankly that I’m still going through.

“I’ve gotten a full camp. No interruptions. For 13 weeks, I’ve been preparing for Saturday night. My focus has been laser for this moment and I think that every time I come off a loss, you see a different me. A more focused, more hungry, more driven me. I think that Saturday night, you’re going to see the best me, which I know for a fact coming back last fight, I wasn’t 110 percent myself.”

To put into perspective where he was at physically and mentally heading into his clash with Alistair Overeem in May, Harris says you have to look no further than the day he stepped onto the scale at 264.5 pounds with the heavyweight limit for a non-title fight at 266 pounds.

“I had to cut weight for the first time in my career if that puts things into perspective for you,” Harris said about the fight with Overeem. “I’m excited. I know this where I need to be and what I need to be doing. Saturday night, you’re going to see the best me for sure.”

While he ultimately lost that fight by TKO, Harris nearly finished Overeem in the first round after catching the former Strikeforce heavyweight champion with a flurry of strikes.

The result still didn’t go his way, but Harris found out through the back and forth battle with Overeem that he could hang with the best heavyweight fighters in the world.

He looks to prove that against Alexander Volkov on Saturday at UFC 254.

“I look at that fight, and I thought to myself, ‘Wow, you came into this fight at 45 probably less percent ready and you almost put away one of your idols and one of the greatest heavyweights of all time,’” Harris said. “So that definitely built and boosted my confidence.

“That’s why I got right back in the gym after the fight and proceeded to train and proceeded to push to get thing back on the right track. Because I know I belong in this division. I know I’m one of the best fighters in the world and I know I have something to bring to the fans as well as the UFC heavyweight division that not a lot of heavyweights can offer.”