Jessica Eye and Joanne Calderwood both find themselves with something to prove in the UFC flyweight division, and they’ll look to do so against each other.

Eye (15-8 MMA, 5-7 UFC) and Calderwood (14-5 MMA, 6-5 UFC) will square off Jan. 23. A person with knowledge of the situation confirmed the booking to MMA Junkie but requested anonymity since the UFC has yet to make an announcement. MMA DNA was first to the report the news.

Although the UFC’s Jan. 23 event does not yet have a name designation or location, it’s expected to be UFC 257 headlined by a potential Conor McGcgregor vs. Dustin Poirier rematch.

Entering the fight, Eye and Calderwood are Nos. 5 and 6, respectively, in the UFC official rankings. Both women are coming off losses, having dropped two of their past three bouts.

UFC’s Jessica Eye details struggles before, after having gallbladder removed, begs for help

Valentina Shevchenko: Joanne Calderwood was ‘not there mentally’ in loss to Jennifer Maia

Eye was on a three-fight winning streak until she was knocked out by flyweight champion Valentina Shevchenko in June 2019. Since then Eye has missed weight twice and split fights, most recently losing by unanimous decision to divisional newcomer Cynthia Calvillo this past June at UFC on ESPN 10.

Calderwood had a title shot secured earlier this year, but the pandemic, along with a Shevchenko injury, put the bout on hold. Rather than wait for her title shot, Calderwood opted to fight Jennifer Maia this past August and lost by first-round submission.

Maia is now booked for a November title shot against Shevchenko. Calderwood can only hope that an impressive showing against Eye secures the title shot she once had.

Photos: Jessica Eye through the years 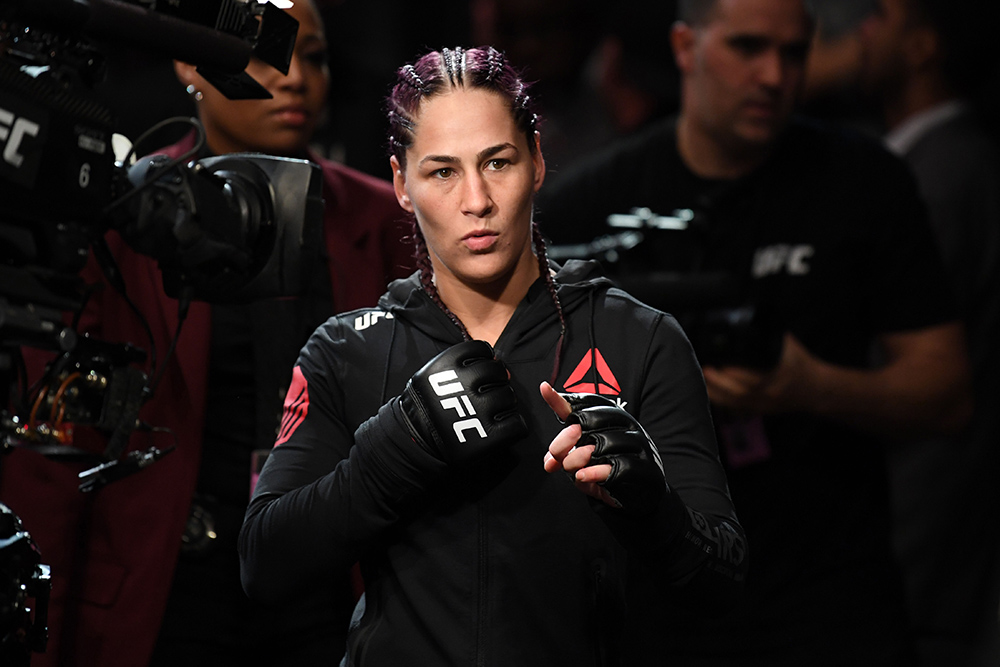