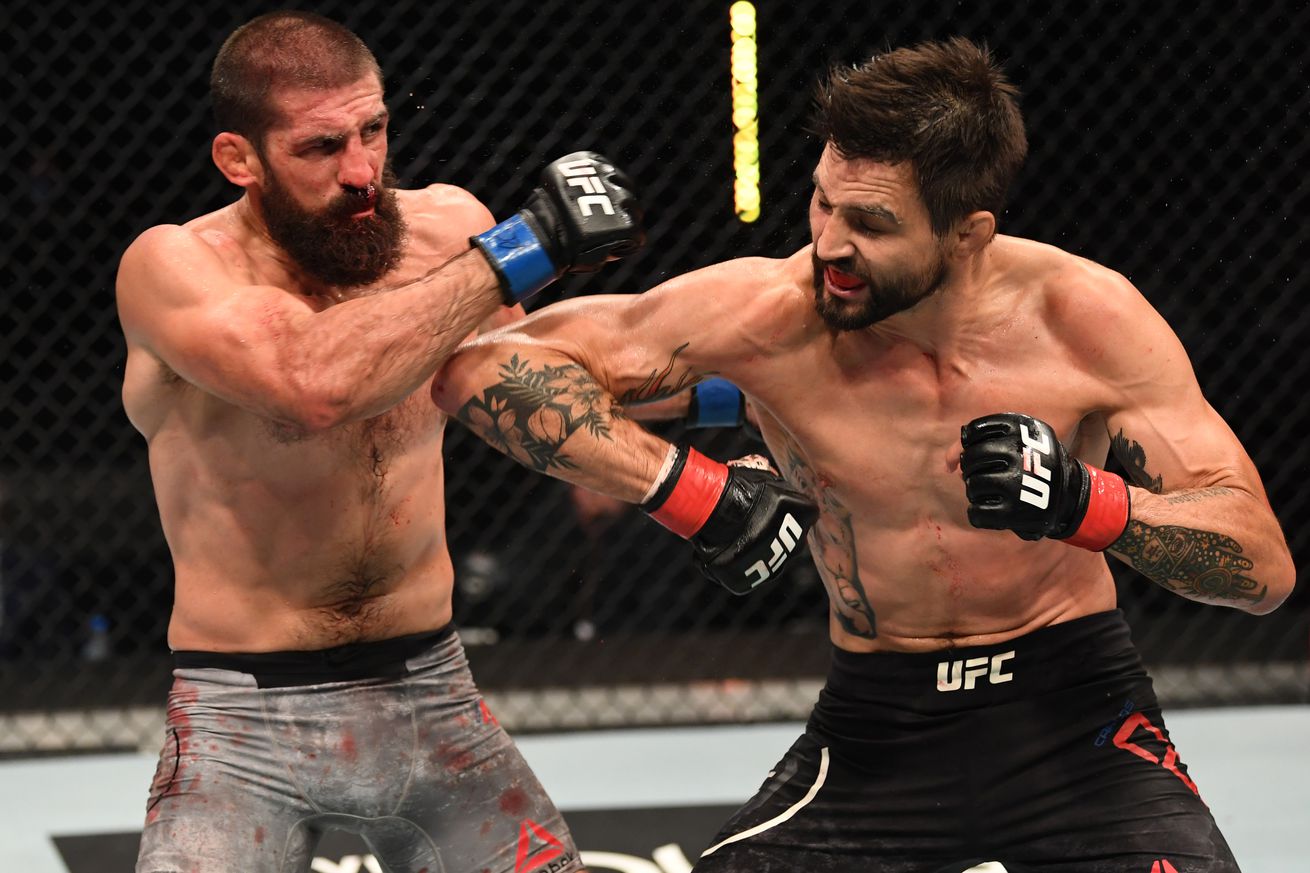 Carlos Condit is finally back in the win column.

Following five straight losses in a row dating back to a controversial loss to Robbie Lawler in a welterweight title fight, “The Natural Born Killer” out struck and out worked Court McGee for the better part of three rounds to earn a unanimous decision victory in the UFC Fight Island 4 featured prelim.

All the judges scored the fight 30-27 with Condit getting his first victory since 2015.

“It’s been a long one. I’ve had some ups and downs,” Condit said while celebrating his win. “Next step forward, whatever it is, keep working, focus on what I’ve got to do. Take care of business.

It was a battle of kicks throughout the opening round with Condit and McGee exchanging strikes back and forth while being wary not to get caught by a counter shot. While it appeared Condit was just waiting for an opportunity explode with a knockout blow, McGee was concentrating on his fundamentals while closing the distance whenever possible.

Just as the horn was about to sound, Condit unleashed a vicious right hook that cracked McGee and sent him down to the canvas. McGee was quick to get back to his feet to head to the corner but his nose was completely rearranged on his face courtesy of Condit’s punch.

MY GOODNESS. What a way to end the round for @CarlosCondit!#UFCFightIsland4 live on ESPN+ pic.twitter.com/bnICzHyGgD

As the fight continued, Condit began head hunting with more regularity, which only added to McGee’s nose leaking like a busted faucet. It was obvious that Condit’s confidence was soaring while throwing a variety of strikes at McGee, who was struggling to connect with much in return.

While McGee was trying to do damage with his kicking game, Condit was just far too active on his feet with better volume and accuracy. With time ticking away to the close of the fight, Condit picked up his pace yet again as he threw several combinations with McGee firing back at him as he attempted to pull of the comeback.

In the end, Condit did more than enough to secure the victory to get back to his winning ways while McGee dropped his third straight fight with the loss on Saturday night.