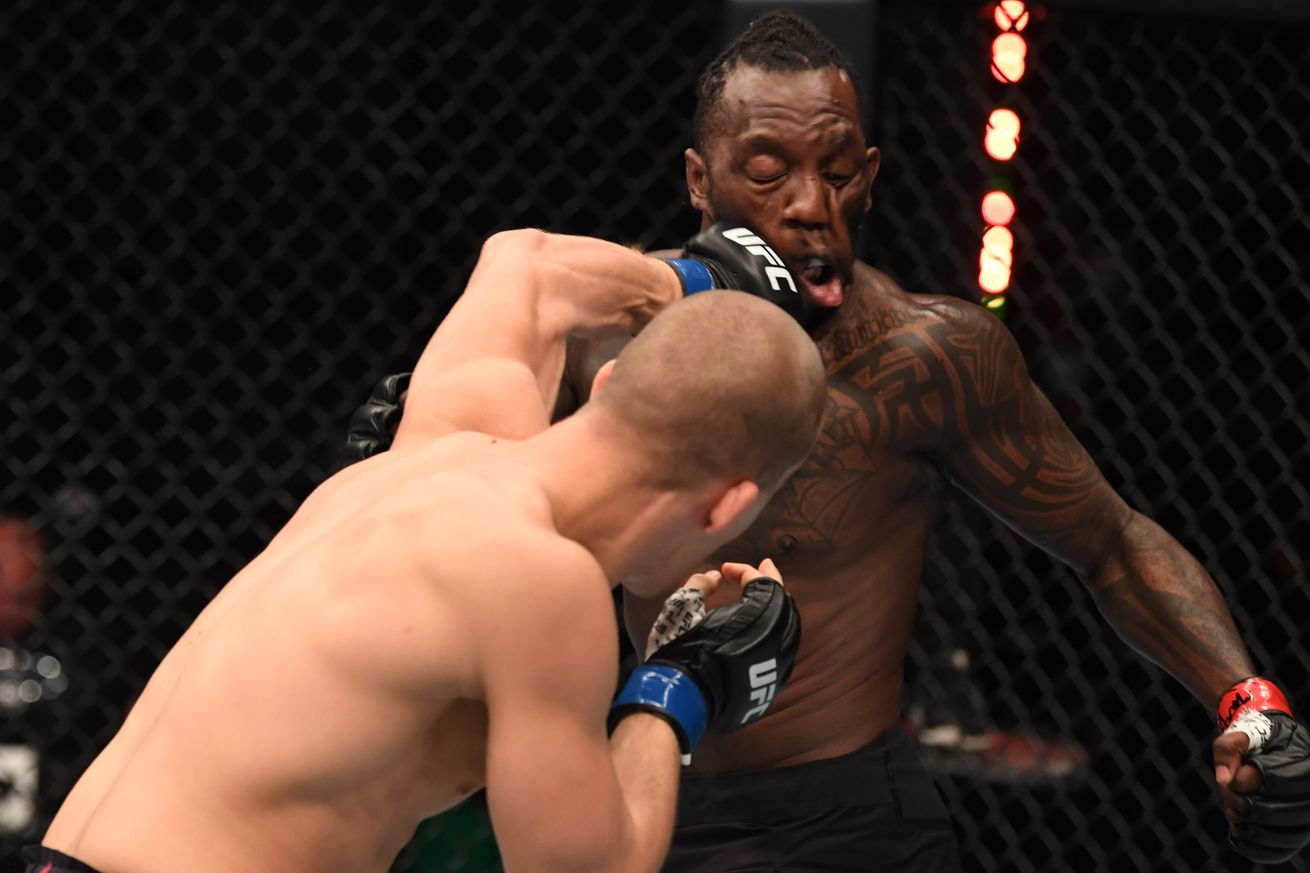 Dusko Todorovic kept his record perfect by adding a win to his resume with a dominant performance in his octagon debut at UFC Fight Island 4.

The former Contender Series winner put on a showcase against Dequan Townsend before ultimately finishing the fight with a punishing ground and pound attack that earned him the TKO. The stoppage came at 3:15 into the second round as the Serbian fighter moved to 10-0 in his career.

“We knew Dequan is a tough fighter. He can take punishment,” Todorovic said afterwards. “I think this is my first takedown in my career. It’s all very unreal still to me. I think in a couple days when the emotion settles, I’ll be fully aware of what’s happening. I’m glad I could get the ‘W’ and stay undefeated.”

There was heavy leather being thrown by both fighters as soon as this matchup got underway but it was Todorovic acting as the aggressor as he talked his opponent across the octagon. Again and again, Todorovic would unleash a flurry of strikes that were both fast and powerful. The rapid fire succession of punches rarely gave Townsend a moment to breathe.

During one particularly brutal combination, Todorovic fired off several punches in a row that blasted Townsend flush on the jaw but miraculously he was able to absorb the punishment and survive.

While his striking was very effective, Todorovic opted to take Townsend to the ground in the second round while looking to add to his dominant performance. Todorovic wasted no time shredding Townsend’s defense to move into the mount as he began raining down a barrage of punches.

No matter how much Townsend attempted to roll out of trouble, Todorovic was there to meet him with another nasty punch. Finally after it was clear Townsend wasn’t going to escape and the strikes were adding up, the referee stepped into stop the fight as Todorovic celebrated his first UFC win.

Building on his undefeated record with this latest performance, Todorovic appears to be a prospect worth watching while Townsend suffered his fourth straight loss since joining the UFC roster.