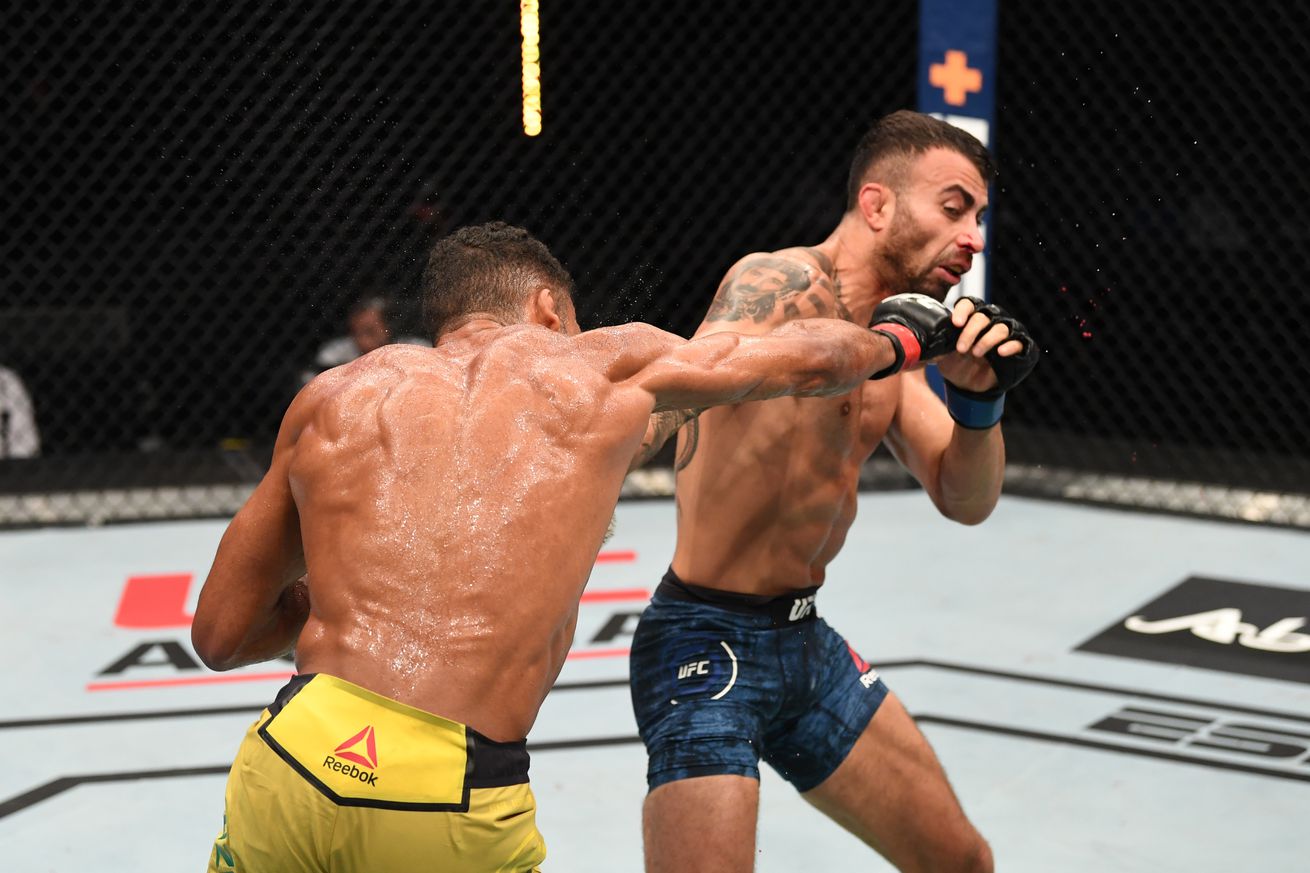 Edson Barboza finally has his first win at featherweight.

The veteran Brazilian came away on the wrong end of a split decision in his 145-pound debut so he had something to prove while facing Makwan Amirkhani in the UFC Fight Island 5 co-main event. Looking better than ever on the feet, Barboza blasted Amirkhani with a variety of strikes while scoring several knockdowns before earning a unanimous decision on the scorecards.

It was a battle of wills in the opening round with Barboza constantly coiled like a snake ready to strike while Amirkhani was just waiting for him to throw one of his signature kicks in order to counter with a takedown. Barboza a little more selective with his combinations but when he did unleash, the Brazilian showed speed, power and accuracy.

Rather than targeting the legs like usual, Barboza started looking to damage Amirkhani to the body with a series of blistering kicks.

Showing patience on the feet finally paid off for Barboza when he snapped off a lightning quick right hand that blasted Amirkhani in the nose and sent him down to the ground. With blood dripping down Amirkhani’s face, Barboza got a more aggressive as he starting launching his kicks with more regularity and then connecting with another staggering right hand.

Featherweights are swinging through 2️⃣.

Down big on the scorecards, Amirkhani had to go for broke in the third round while immediately shooting for a takedown to bring Barboza to the ground. As much as Amirkhani counts on his grappling game, he just couldn’t do much inside Barboza’s guard, who was defending well off his back.

With less than a minute remaining after the fighters got back to the feet, Barboza unleashed another incredibly quick combination that just caught Amirkhani off guard as he was stunned yet again. While Amirkhani survived, Barboza was clearly the more dominant fighter during almost every minute of every round.

After spending most of his career as a serious threat at lightweight, Barboza appears poised to do the same now that he’s competing at 145 pounds with his sights set on the top of the division.