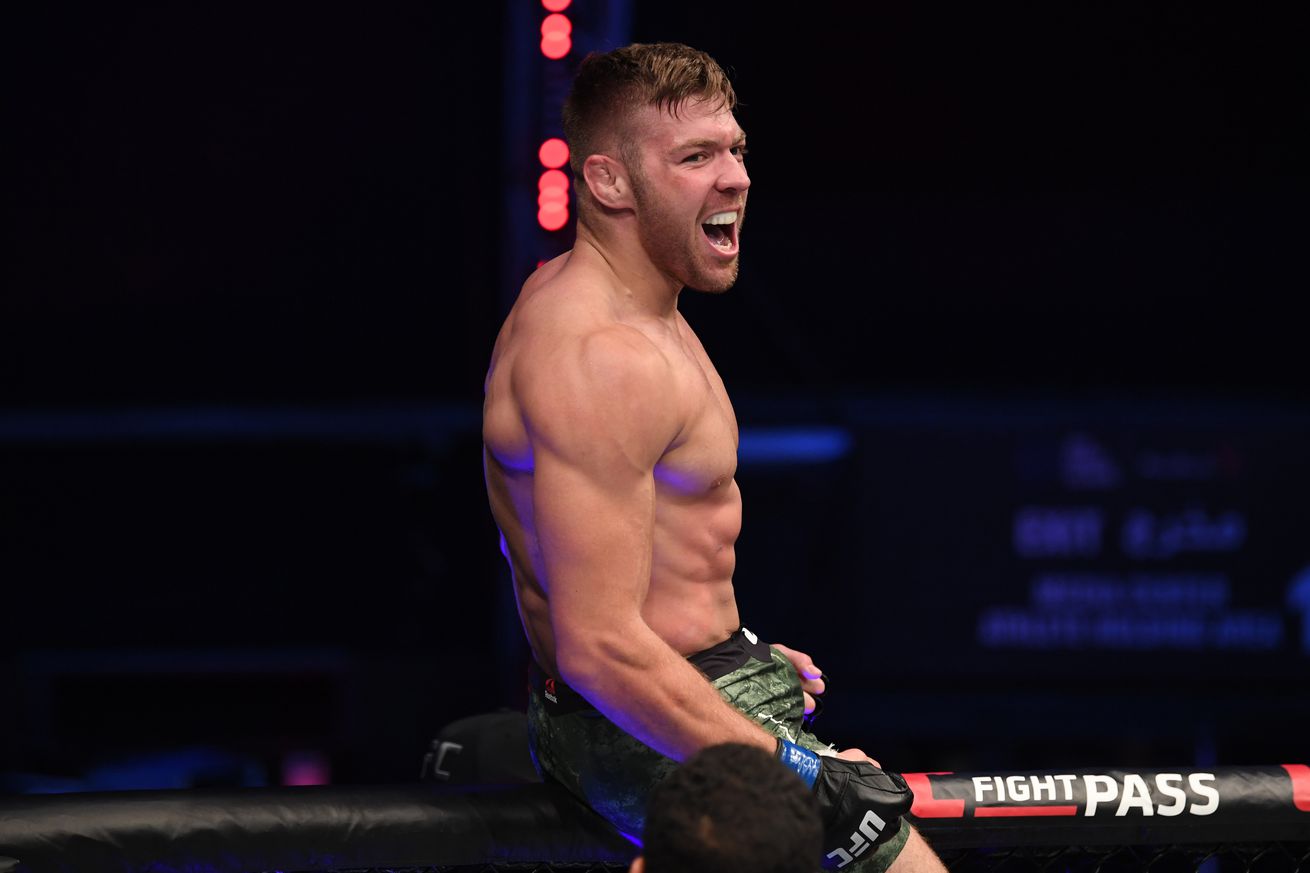 Dricus du Plessis had a bit of a slow start but that didn’t matter once he connected with a devastating uppercut that helped him earn a knockout in his UFC debut.

The South African fighter had a lot of hype surrounding him heading into Saturday night and du Plessis was just as good as advertised after blasting Markus Perez with a short counter shot that dropped him to the mat. One more punch followed and Perez was unconscious while du Plessis was all smiles in celebration after the knockout victory at just 3:22 into the first round.

“I said even before the fight, after the fight I’m going to win this fight and let it all sink in,” du Plessis said about his performance. “Right now, this is the happiest moment I’ve ever been in my whole life. This is the highlight of my life thus far.”

What a debut for @DricusDuPlessis

Known as a bit of a wild man, Perez lived up to his reputation as he went on the attack as soon as the fight started while du Plessis appeared to be dealing with those notorious octagon jitters in his debut.

Once he warmed up, du Plessis started to throw his combinations with more confidence while dealing with Perez and his constant pressure.

After settling into a rhythm, du Plessis was more than willing to get into exchanges with Perez, which ultimately led to the highlight reel finish. As soon as Perez ducked his head after throwing a strike of his own, du Plessis connected with the uppercut that ultimately ended the fight.

Now 15-2 overall, du Plessis picked up the biggest win of his career to date with the knockout over Perez while introducing himself to the rest of the UFC middleweight division.