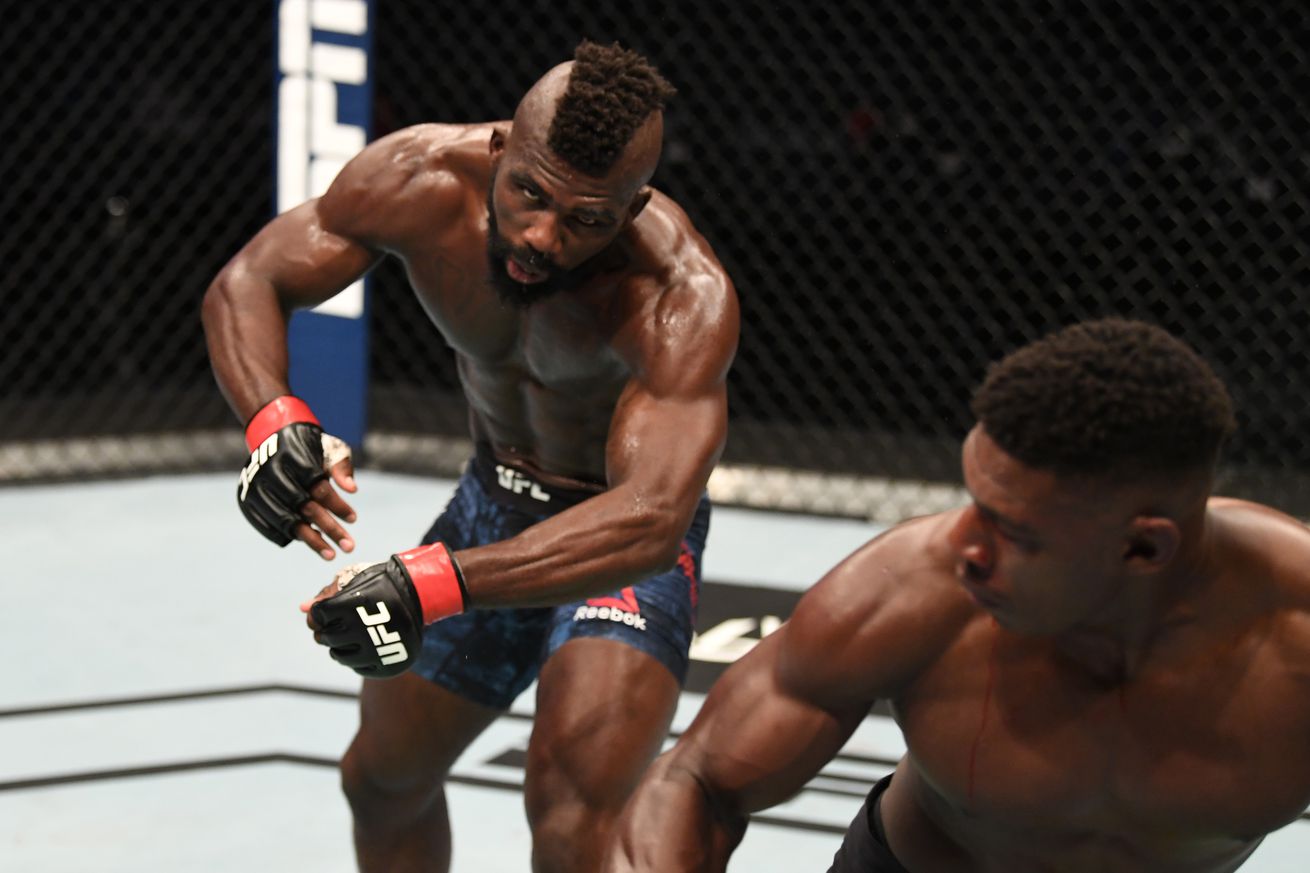 Joaquin Buckley will almost assuredly leave Fight Island with at least one $50,000 bonus and perhaps one of the greatest knockouts in mixed martial arts history.

After a back-and-forth fight with Impa Kasanganay, the second-time UFC middleweight had his ankle caught during an exchange and he countered by throwing a jaw-dropping spinning back heel kick that landed flush. As soon as his foot connected, Kasanganay’s eyes rolled back into his head as he crashed to the canvas with the referee rushing into stop the fight.

“I’m trying to steal all the bonuses,” Buckley said after earning his first UFC win.

The unbelievable finish was actually a move that Buckley says he practices in training but he’s never managed to find a home for it during one of his fights until now.

“We drill to kill but I never landed it in a fight before,” Buckley revealed. “But he was coming hard, he had heavy pressure so I said why not just throw it. And I got it, I landed.”

KO of the Year!

Go all angles on @NewMansa94‘s masterpiece

Buckley was already having a strong showing against Kasanganay, who had become a highly touted prospect after joining the UFC roster by way of Dana White’s Contender Series. The middleweights were cracking each other with hard shots throughout the first and second round prior to the finish.

Buckley obviously capped things off with the knockout as he moves to 11-3 overall with his first victory inside the octagon.