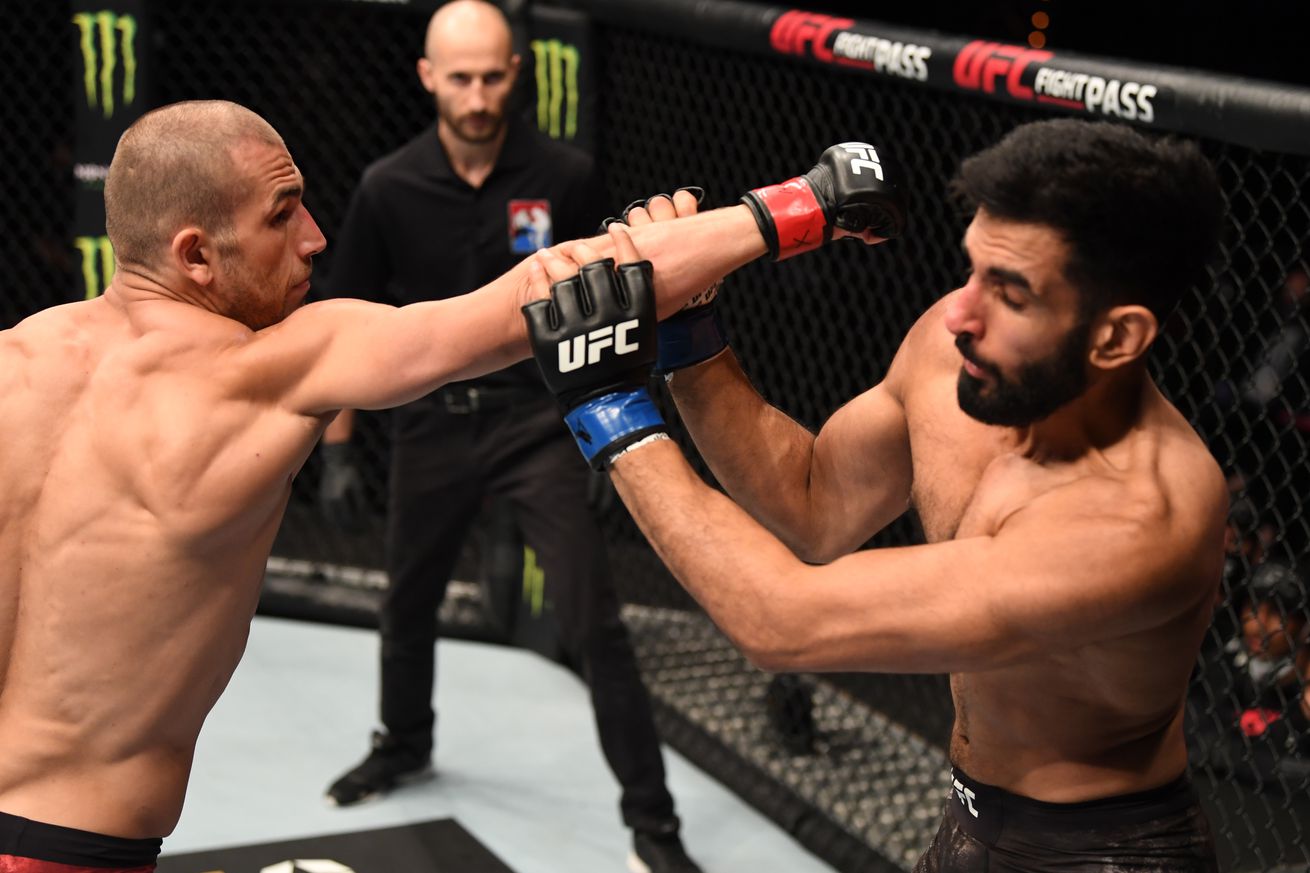 It’s not everyday that a fighter lands a knockout with a straight jab but Tom Breese can now add that particular accolade to his resume.

The British middleweight had already cracked newcomer KB Bhullar with a nasty left hook that twisted his jaw around during an early exchange in the opening round. A moment later, Breese stepped forward with a perfectly timed right jab that blasted Bhullar and he immediately crashed to the canvas.

A few more shots followed but the fight was already over with Breese declared the winner at 1:42 in the first round.

Tom Breese is back in a BIG WAY.

“I train hard. I dedicate my life to this,” Breese said after the win. “I felt my jab was landing clean a lot of the times. I believe in my training. I believe in the process. I feel strong in here.”

Breese, who previously competed as a welterweight, was looking to get back in the win column after falling to Brendan Allen in his most recent appearance in the UFC earlier this year. A change of opponents didn’t seem to phase him as Breese was showing a lot of confidence in his striking as soon as he engaged with Bhullar.

Clearly that paid off with Breese putting Bhullar away before the two-minute mark of the opening round. He’s now finished four of his five wins in the UFC by knockout while moving his overall record to 12-2.