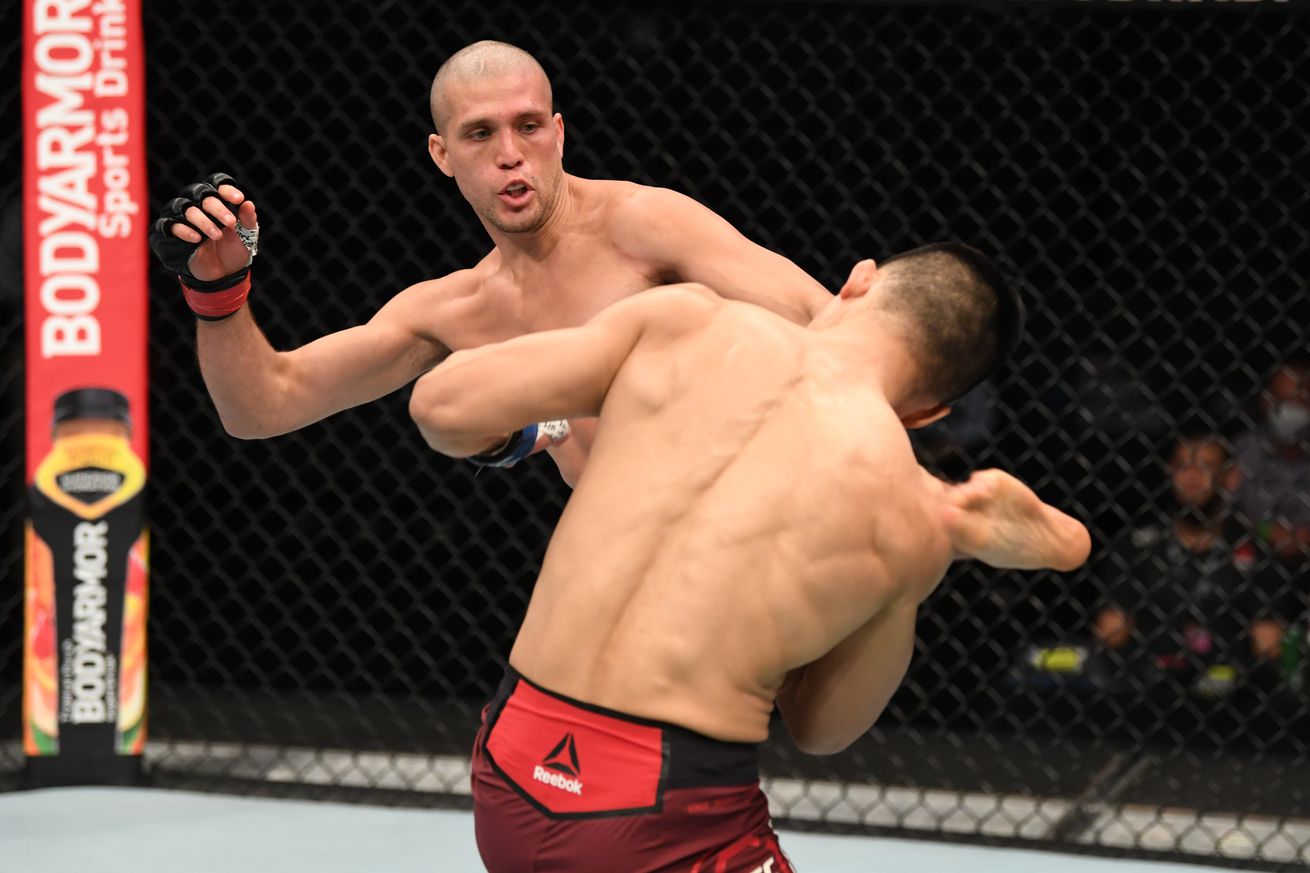 Brian Ortega—fighting for the first time since a championship fight loss to Max Holloway in December 2018—looked reborn in the UFC Fight Island 6 main event as he outworked “The Korean Zombie” Chan Sung Jung en route to a lopsided unanimous decision win.

The co-main event saw former strawweight champion Jessica Andrade make history by becoming the first woman to record a win in three divisions in the UFC. Andrade picked up a late first-round TKO against No. 1-ranked flyweight contender Katlyn Chookagian to not only achieve the milestone, but potentially mark herself as the next title challenger at 125 pounds.

These performances had fighters buzzing on social media and you can check out the best reactions to Saturday’s card below.

Finally we have some direction in this division, get in there and take that #1 spot….that’s all I wanted!! #ufcfightisland6

Always happy to see a fighter bounce back!!! @BrianTcity with a title shot worthy performance

Opposite Samson effect for Ortega tonight, I might have to shave my fro next fight #UFCFightIsland6

Ortega defeats Korean Zombie in dominant fashion. This is a much improved Ortega that showed discipline, skill and exposed Korean Zombie’s lack of footwork and variety.

T city earned his title shot with that performance

That made me happy! Hell yeah @BrianTcity

The best he’s ever looked!!! Impressive stuff my man!!! @BrianTcity

That jab was a problem !

Andrade’s power is no joke! #UFCFightIsland

She needs to calm down with that talk . https://t.co/c09YtHAQpN

Andrade will steal yo girl #UFCFightIsland6

Jessica vs Valentina make it happen

That’s the kind of win to catapult you to #1 contender in a new weight class. Congrats @jessicammapro #UFCFightIsland6

That liver shot looked like it caught KC on the full exhale.

Jimmy Crute knocks out Modestas Bukauskas in Round 1

That ref saved him. He got a 3 flash KOs in a 3 second span. Made a bad read and paid for it.

The timing on that right hand from @CruteJim was so good and the accuracy on those follow up shots was NASTY! That’s 50k for sure. #UFCFightIsland6

Not the Baltic balls! @ufc #FightIsland6

Looks like a clear win for Krause if you ask me.

Krause is a fighters fighter. #ufc

@TheJamesKrause won that with one hand it seems! Hoping that left is ok..

I’ve been saying it for a long time, @TheJamesKrause is a top 10 welterweight. Dude is so legit. #UFCFightIsland6

From what I learned in the fighter meetings and saw in the octagon tonight, Jonathan Martinez is a baddddd dude. #UFCFightIsland6

I love this fight between Martinez and Almeida! #UFCFightIsland6

Saw that from start to finish. Robbery #UFCFightIsland

There was a lot of emotion involved in this fight, so maybe I looked at it more with my heart, but for sure it was a great fight.
Congrats @guram_dze on your win and @gamer_mma don’t worry. It’s just a beginning. #UFCFightIsland6

That interview was sad. @guram_dze claims he didn’t win the fight but I definitely had him winning. Either way it was a great fight.

Wow! Respect for the honesty! Never seen that type of honesty #UFCFightIsland6 #number1bullshit