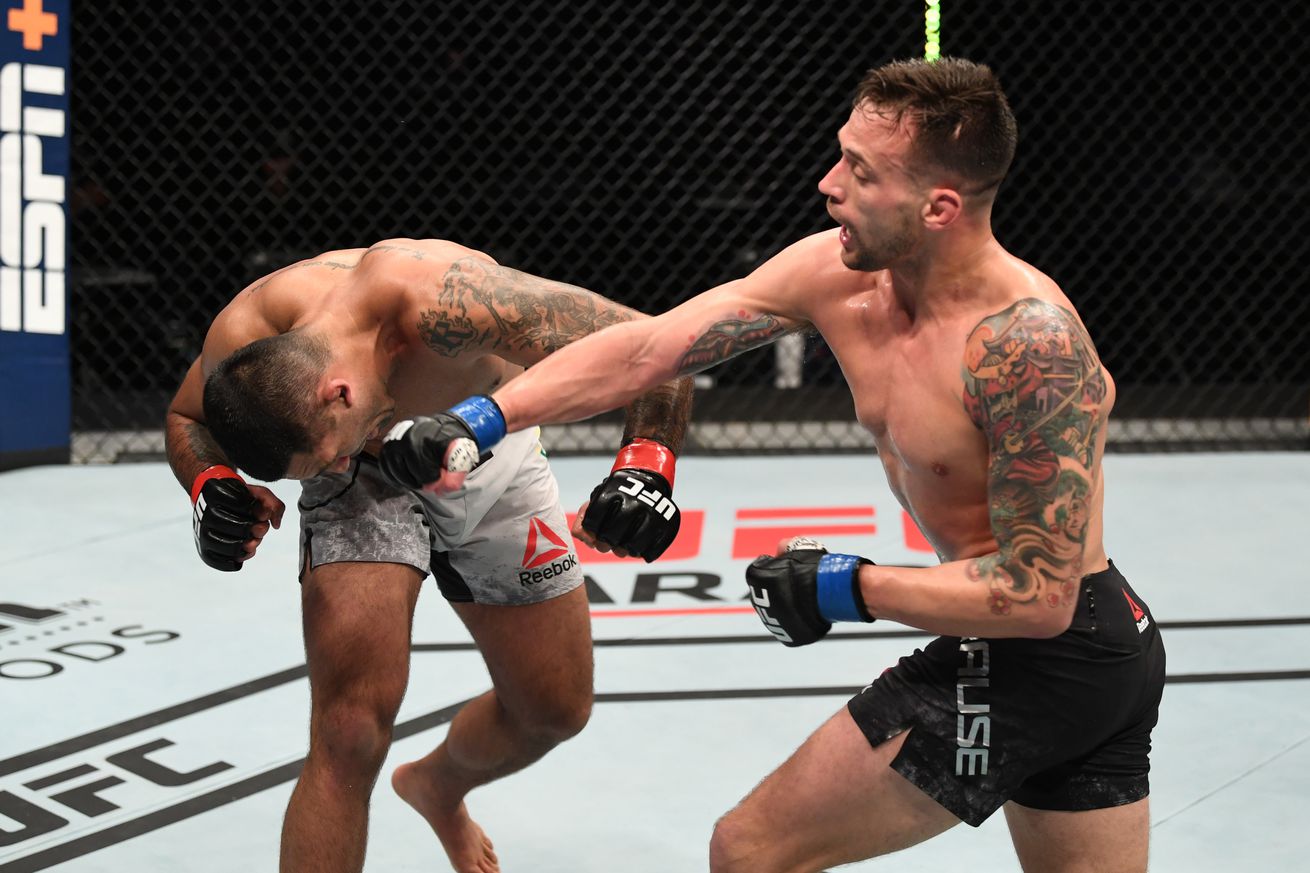 A knee injury may have slowed him down but James Krause still managed to earn a unanimous decision win over Claudio Silva on the UFC Fight Island 6 main card.

After accepting the fight on just 12 days’ notice, Krause used a potent striking offense and good wrestling defense to win on the judges’ scorecards after three, hard fought rounds with Silva. All three judges gave the fight to Krause with 30-27 scores across the board.

“Claudio’s obviously really good, he’s got some good wins,” Krause said about his opponent. “I had to stop the takedowns. He’s a hammer on top.

“Normally, I like to push that pace a little bit harder. But it is what it is. I got the ‘W’.”

There was a real disparity on the feet in the early going with Silva charging forward to look for the takedown and Krause countering with effective striking while tagging the Brazilian multiple times. Despite that success, Silva eventually found a way inside to drag the fight down to the canvas but it was short lived success as Krause quickly worked his way back to the feet.

Every time Silva decided to throw punches, he was labored and deliberate in his delivery while Krause was fast on his feet, ready to counter with a variety of strikes.

While he was winning the majority of the exchanges, Krause was still careful not to over commit in order to avoid the Brazilian’s grappling. Silva was definitely throwing with power behind his punches but he was largely coming up short from connecting with any real force.

It was later revealed that Krause suffered a knee injury after informing his coaches in the corner between rounds. Replays showed an inside leg kick tripped up Krause and he felt like something may have torn in his knee as a result.

That may have kept him off balance just slightly but Krause was still effective on his feet, connecting with the better strikes throughout all three rounds.

Krause is now 7-1 in his past eight appearances with his only loss coming in a middleweight bout he took on 24 hours’ notice back in February that just happened to earn him Fight of the Night honors.